Album of the Week: Jaguar Jonze’s debut Bunny Mode gives us what we wanted, plus a little extra 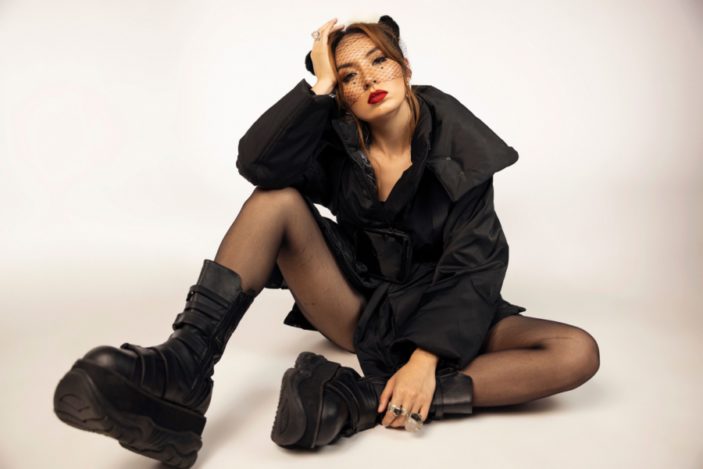 After a long line of single releases since her Antihero EP last year, Jaguar Jonze has finally released her debut album, Bunny Mode. The album is full of spice and emotion, with thrilling vocal runs and powerful messaging that seep through the album.

Known for exciting costuming, great lyrics and energetic live performances, Jaguar Jonze has put together a fantastic debut, making an emphatic statement that should work to grow her already rampant popularity. The album, while not offering much more than you’d expect from the standout singles already released, acts as a perfect springboard for Jaguar Jonze to launch herself further through the stratosphere of the Australian music industry.

The album opens with rhythmic guitar and Jaguar Jonze’s clear voice cutting through. ‘Know My Name’ is a strong building opener and seeks to enhance the tension early through an unheard track. Not ready to explode straight into the energy, ‘Know My Name’ makes you wait for the energy to break. It doesn’t happen through the track, yet the following number, ‘Who Died and Made You King?’ perfectly dispels it. The 2021 single works as a great juxtaposition to ‘Know My Name’ and the relationship between the two songs set the tone for the album.

‘Drawing Lines’ resets and starts the tension climb again while displaying Jaguar Jonze’s stirring vocal capabilities. It uses sweltering lows early before a long build toward angelic highs that work to enhance the emotional load of the listener, but much like ‘Know My Name’ you’re waiting for it. It means that the lyrical meanings can sometimes get lost on you, as the track is building to the high point in the bridge.

With hypnotic guitar and fuzzy, swelling vocal harmonies, ‘Trigger Happy’, marks the centrepiece of the album before ‘Loud’ bursts through with classic rock energy to build an emotional track that you can dance to; especially within the chorus.

‘Little Fires’, the recent single release, and Jaguar Jonze’s entry for Eurovision, acts as a reset for the later part of the album. It’s built on the back of deep and emotive vocal work by Jaguar Jonze, further cementing the emotional connection between the listener and Jaguar Jonze’s work.

‘Little Fires’ is a standout on the album and while many of the album’s earlier tracks seem to build symbiotic auditory relationships with following tracks, ‘Little Fires’ doesn’t aim to work alongside its following number. It breaks Bunny Mode’s early pattern of build and release. ‘Little Fires’ doesn’t need to worry about this, as its spine-tingling vocal work stands a testament to Jaguar Jonze’s talent on an album dripping with it.

‘Punchline’ is an interesting track, almost working counter to the rest of the album’s instrumental themes. An upbeat tempo and driving drum and guitar line make one almost have to double-take after the emotional 1 – 2 punch that is ‘Little Fires’. You can’t help but bob your head or move your body to this track, that fast-tracked drumline just works to build energy into you.

‘Cut’ and ‘Not Yours’ follow, using juxtaposing vocals, tempos, and instrumental themes to release and build tension in the listener before ‘Man Made Monster’ closes Jaguar Jonze’s debut out.

‘Man Made Monster’, much like ‘Little Fires’ or ‘Punchline’ is a statement piece and the perfect track to see out Bunny Mode. It draws some similarities to ‘Know My Name’ as it vocally simmers for the most part.

Yet, Jaguar Jonze is able to draw differentiation with slight jazz or blues vocal undertone that is constantly drawing you in. Through the chorus, we hear the instrumentals drop away, leaving only Jaguar Jonze’s voice, these spine-tingling moments are worth the wait, and while the track doesn’t hit the vocal highs that ‘Little Fires’ do, you’re already lost in it.

The album doesn’t necessarily give us anything more than what you’d expect from a Jaguar Jonze debut, it gives you well-loved singles alongside new numbers that work to complement them, and this is where the magic is.

New tracks such as ‘Drawing Lines’, or ‘Man Made Monster’ show the depth of Jaguar Jonze’s ability as an artist. They also demonstrate her flexibility, able to switch between the upbeat rock energy we’ve seen in previously released singles or swelling emotional numbers that seek to exploit a listener.

All in all, Bunny Mode is a strong debut, in which Jaguar Jonze can build a strong base of new listeners as well as reconsolidate old ones.

Bunny Mode is released on June 3 via Nettwerk Records.

Jaguar Jonze – The BUNNY MODE Australian Tour starts later this month on the 18th at the Corner hotel.

You can grab your tickets for it through the link: https://www.jaguarjonze.com/tour/