With ticket prices from Australia to Hong Kong at record lows, now would be as good a time as any to look into tickets to Hong Kong for the city’s long-running outdoor music and arts festival, Clockenflap. As one of Hong Kong’s signature music events, the festival features about one hundred different acts and will run from the 9th until the 11th of November.

Spread across six stages at the Central Harbour front, walking distance from Hong Kong Station, the eclectic line up is bound to please everyone from enthusiastic dance fans to indie lovers. And to not get lost in the huge selection of musical talents, and hot off the heels of the last minute addition of Erykah Badu (who will definitely be a highlight), we have picked eight other sets that you cannot miss at this year’s Clockenflap. 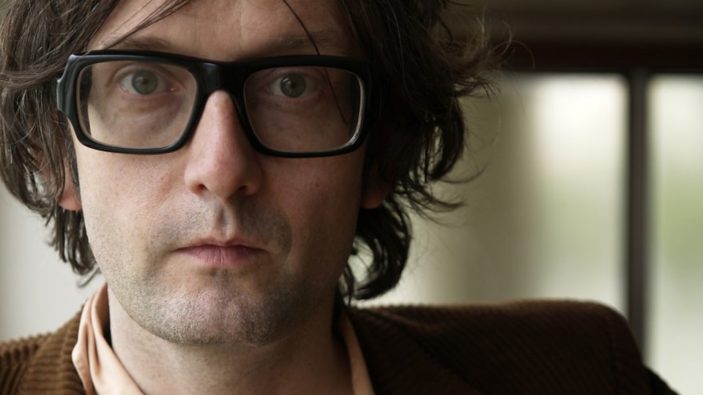 Amongst other namely artists Britain’s beloved musician and singer Jarvis Cocker will be flying to Hong Kong next month. He made himself a name in the 1990s Britpop scene as Pulp’s lead singer, but launched his solo career in 2003. Cocker’s alternative rock music with traces of punk gained critical acclaim and scored the artist headlining tours. 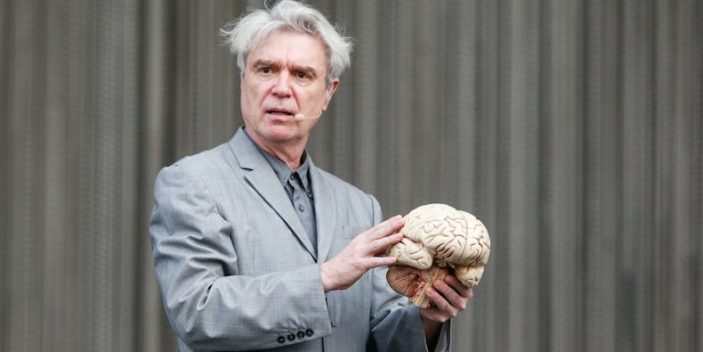 Speaking of rock legends, another famous multi-talent from the past will be joining: David Byre, best known as one of the founding members of America’s new wave band The Talking Heads in the 70s, as well as a storied solo career that has spanned decades. 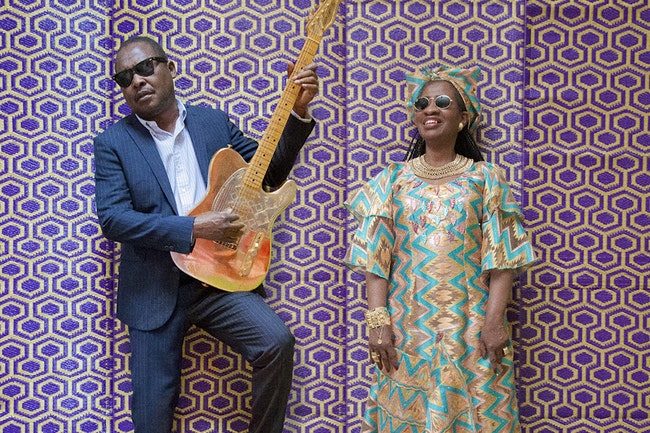 The Duo Amadou & Mariam have also been with us since the 70s. Flying in from Mali, the married couple of two musicians have a passion for traditional music and spicing it up with contemporary elements and reggae. Get out your dancing shoes for this cheerful and colourful show. 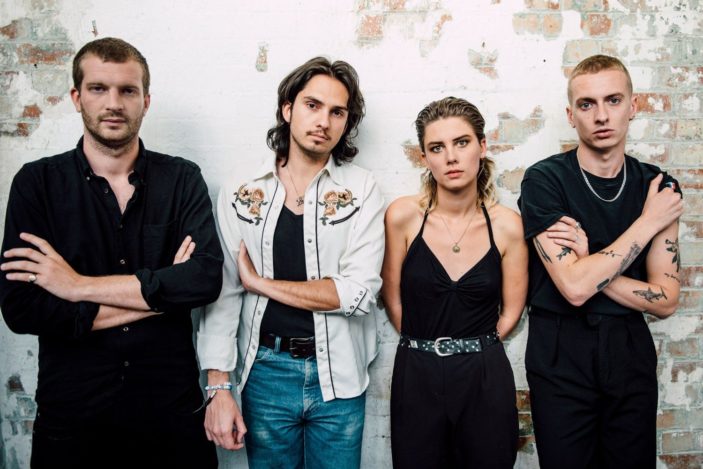 Wolf Alice is another indie rock outfit from the UK. The four musicians’ second album Visions of a Life received great reviews and won the Mercury Prize in 2018. Their infectious sound pairing folk, rock and grunge elements will not just make you stomp and dance but also howl along with lead singer Ellie Rowsell’s punchy lyrics. 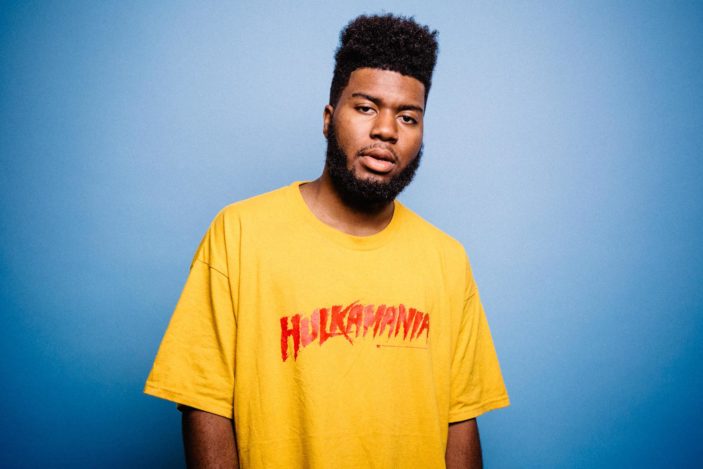 The singer and songwriter from Texas, Khalid, will attract the R&B and pop fans to the festival. The twenty-year old artist first popped up on the radar with his incredibly catchy single “Locations” and has brought out two albums since. His smooth tunes are spiked with synthesizer beats and heartfelt vocals. 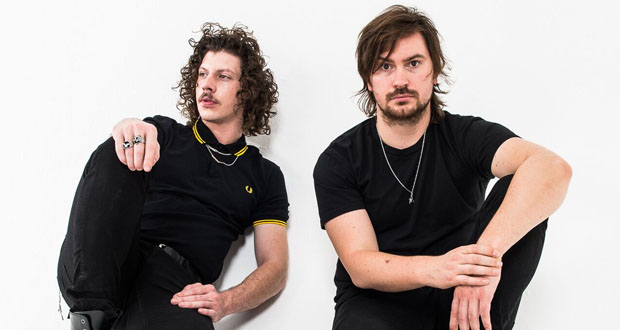 Clockenflap does also have its Australian representatives. Peking Duk will make the crowd sweat with their electronic house beats. The duo draw from pop and rock influences as well, making their sound essential to any great party line up. 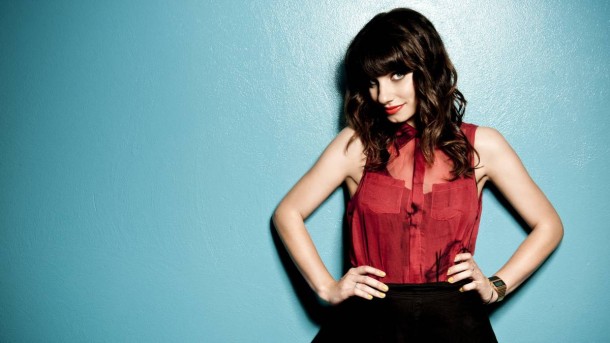 Accompanying the boys will be fellow Aussie singer Nina Las Vegas. The experimental DJ hosted Triple J’s House Party for five years and toured with Flume and other notable artists. She is an expert at mixing exciting tunes and combining them with her soft vocals. 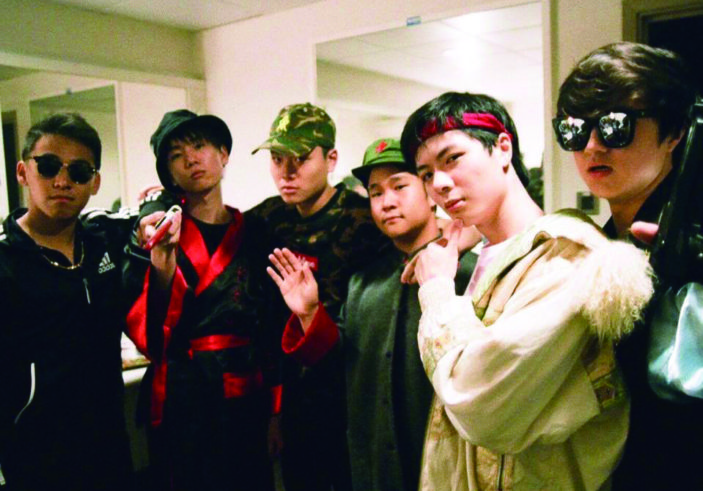 The Low Mays did not have to travel far; the Cantonese Hip Hop group was formed in Hong Kong three years ago. Their eccentric sound is influenced by trap and drill music and gained them a cult following in the local underground scene.

And about the rest…

And for those who need a break in between the sets, Clockenflap offers some unique entertainment options, like cabaret and dance performances, stand up comedy or magic shows. Take a stroll through the huge inflatable gardens and watch out for other interesting art installations across the venue. You might find yourself eye to eye (literally) with one of the curious creatures roaming the festival; a large roving eyeball or a pedal-powered DJ booth are no unusual sight at Clockenflap. For hungry and thirsty dancers the selection of more than twenty cuisines and bars at the Food Bazaar is the place to be. And before you take a quick breather in between the roaring stage shows at free yoga and mediation workshops; now is time to get excited about the largest Hong Kong music festival of the year and to get yourself a ticket.

Thinking of a last minute getaway to the festival? Return flights for the weekend of the festival from Sydney are running with Virgin Australia for under $470. And you can jump off the plane and head straight to the festival – it happens just a short walk from Hong Kong Station, one of the train stations where you arrive from the airport. It’s also a station where (subject to your airline’s rules) you may be able to drop your checked luggage up to 24 hours before you take off, which could be handy for your return journey.

To book your travel with Virgin Australia, click HERE. And for more about Clockenflap, head to their official website. Final release tickets are on sale now.