5 Western Australian Artists You Need to Add to Your Playlist 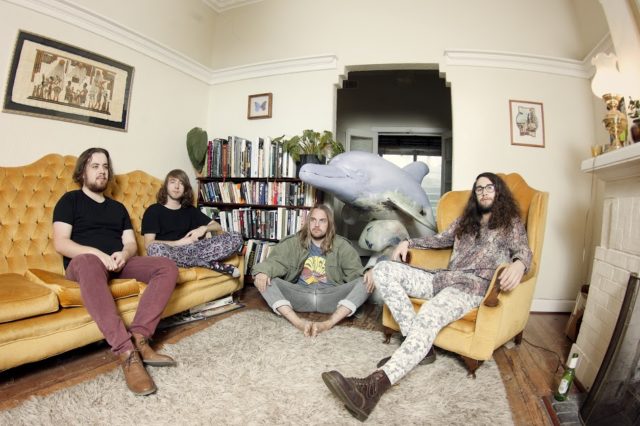 While a lot of the music scene in Australia is taken up by Melbourne and Sydney, it’s easy to forget how many amazing artists are taking the nation by storm that come out of WA. The WA music scene has certainly made some noise in recent years, shining, like Adelaide, as a thriving music scene with artists to be definitely taking note of. There is no way we can leave WA behind when artists such as these are making headlines.

This grungy, four piece psychedelic rock band have been described as entrancing, mind altering, and a breath of fresh air within the genre. So far these guys have finished a national your around Australia, as well as releasing two albums (High Visceral Part 1 and High Visceral Part 2). They’re also set to play at Boogie Festival in early 2018, but before you see them there, check them out online here.

These guys are a six piece indie pop band that have been captivating their audiences with their impeccable three-part female harmonies giving them a joyous and euphoric sound. It’s been a busy year after just releasing their first single “Fight On” from their sophomore album, but they are now amping up for 2018 to continue to share and release new music, so be sure to get behind them now.

Taking influence from such names as Tame Impala, The Beatles, and The White Stripes, J.F.K is a powerful garage rock band that have been taking over the Perth scene since they formed at the beginning of last year. Since their formation they’ve taken out two major band competitions in 2017 and had the opportunity to open for The Belligerents on the Perth leg of their tour last year. They’re just kicking off and are sure to make headlines in the year to come.

These guys are a progressive hardcore band that have taken Australia by storm since the release of their 2015 EP, Vae Mortis. Since then they have made appearances at Hardcore Fest 2017, Invasion Fest 2017, and have also released two EP’s titled Cycles of Grief Volume I and Cycles of Grief Volume II. They’re also in for a busy start to 2018 scheduled to make appearances at Unify Fest, Hyper Fest, and Download Fest.

BLACK STONE FROM THE SUN

Influenced by artists such as Nirvana, Red Hot Chilli Peppers, Pearl Jam, and Jimi Hendrix, Black Stone from the Sun are a two piece garage grunge band that formed in mid 2012. 2015 saw the release of there sophomore EP Death Threats and Cigarettes and first national tour, which is what first put them on the map. The guys have since released their debut album, and their single “Paralyzed in Dreams” has been getting some hype with a sound that leaves you wanting more!