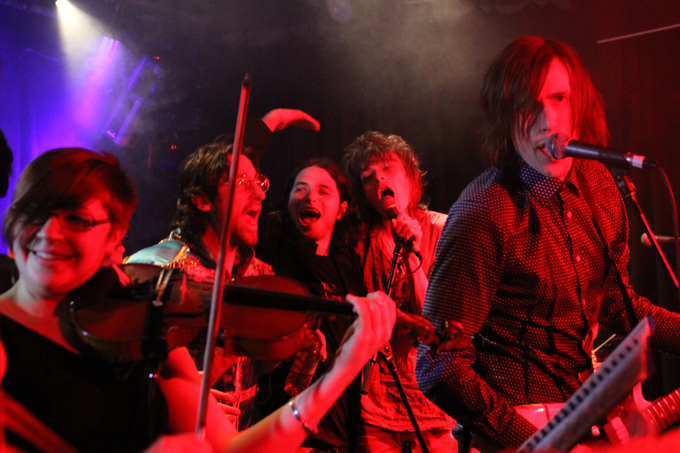 Over the coming months, as we celebrate our 11 years online, we’ll be looking back at 11 of our most memorable moments of running this website. We already took you back to a very intimate performance from Ed Sheeran in 2011. Today we move to August 2012, when we celebrated our 4th birthday.

While we’d thrown DJ sets in the past, and had a couple of book launches, we’d never thrown a full fledged birthday party. As we turned four and a website that started as little more than a personal project had now become a business of its own, it seemed like the perfect time to throw a celebration.

What ended up happening was a night that remains the biggest party we’ve ever thrown, with 28 musicians – including members of Lime Cordiale, Dappled Cities, Deep Sea Arcade, Fanny Lumsden and more – getting together to recreate the classic Beatles record Magical Mystery Tour. It was a night where we had a cake the size of a football field, gift bags for everyone (including treats from Monkey Shoulder and Logitech), and packed out Sydney’s Oxford Art Factory.

It was also a night where we lost all video and audio from proceedings. Well, so we thought.

Recently, video from the night was able to be restored from corrupted data. Sadly, the audio from the sound desk wasn’t so lucky. So what we’ve done is taken some footage from the night, and put it together with audio from the dress rehearsals earlier in the week. The result is a tease of one of the favourite night we’ve ever put together. Though it was the sort of ambitious that led me to write, multiple times in e-mails I’ve been revisiting this week, “I’m not quite sure what we’ve all gotten ourselves into here. But I’m sure it’s going to be a great night”.

Audio in the clip features a snippet of “Blue Jay Way”, led by Deep Sea Arcade, and “I Am The Walrus”, led by Dappled Cities.

We have a lot more footage we’d like to get out from the night – including something teased at the end of the video, which is me, filling in for Dave Rennick from Dappled Cities, at the final dress rehearsal. I saw that footage for the first time ever today, which was a pretty incredible thing to look back on. I might throw it out into the world at some point. But in the meantime, we hope you enjoyed that tease of the footage from seven years ago!

I wonder if any of you reading this were there? 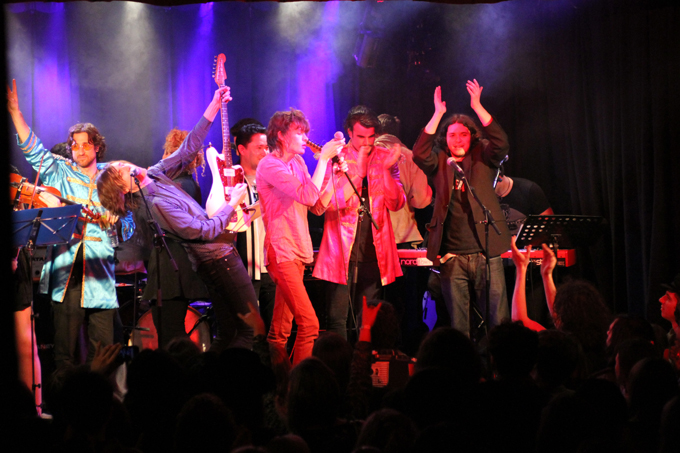 In the days following the event, I penned the below piece, looking back on the event. Here’s that article “The One Where Larry Reviews His Own Event”, in its entirety:

This idea all came out of having a “Super Sweet 16” sort of event as a combination for my own birthday and the websites. I would get it sponsored, give everyone gift bags and have my favourite musicians play – in full – my favourite album of all time, The Beatles‘ Magical Mystery Tour. What ended up occurring went far beyond even the most self indulgent of my fantasies. 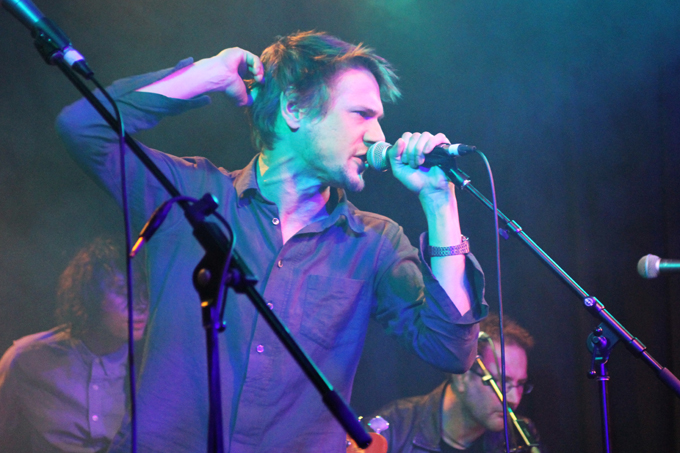 What an incredible evening, and what a feat to bring together 28 musicians to recreate the record. Even by the most extravagant tribute show standards that is an incredible amount of people to co-ordinate, and given we only had two nights of rehearsals it could have all gone horribly wrong… some songs we didn’t even rehearse in full until you heard it on stage on the night! But all the artists shun brightly on the night, and I couldn’t have been prouder of everyone involved. You all seemed to have a blast up there too, and really, that’s all I ever wanted: to bring a bunch of people together to have a great time and listen to some great music. We definitely achieved this. 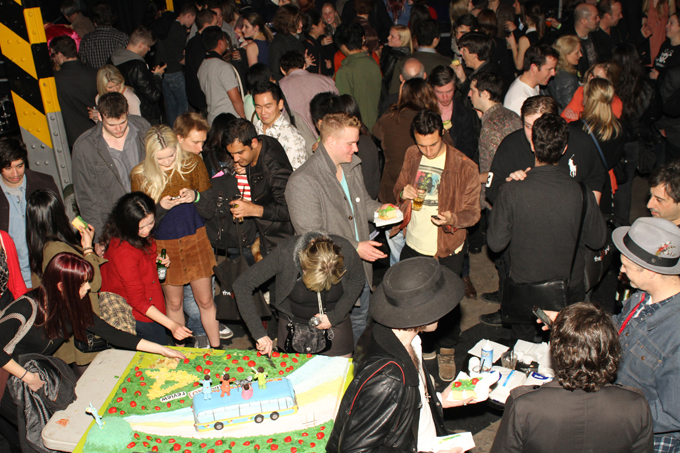 Oh and then there was the cake. At no point did I even consider a cake as part of these aforementioned “Super Sweet 16” celebrations. But OBVIOUSLY you have to have a killer cake or your friends are TOTALLY going to be disappointed. Well I dare say that the amazing Veronica Haynes delivered a cake that P Diddy would be envious of, as though she knew my plans all along and realised that there was one component missing from the night. A HUGE thank you to her for seriously blowing my mind. And a big thank you to Nicole for your delicious chocolate cake, too. It got eaten up VERY quickly by the looks of things. As for the other cake, I have a feeling there’s still some sitting there now, given it was the size of a football field! 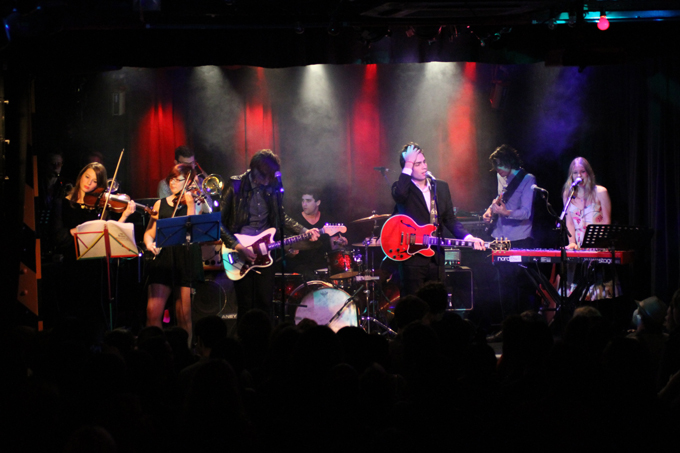 If you missed the party, you really did miss a one off experience. Having all these artists together, in the same room at the same time, working tirelessly together to churn out 14 incredible Beatles songs, is definitely something that won’t be happening again. I definitely think if I do do a tribute concert in the future, I’ll be making it a lot simpler. But then again, the vast accomplishment that was the concert we did is something that makes the whole experience all the more fulfilling. 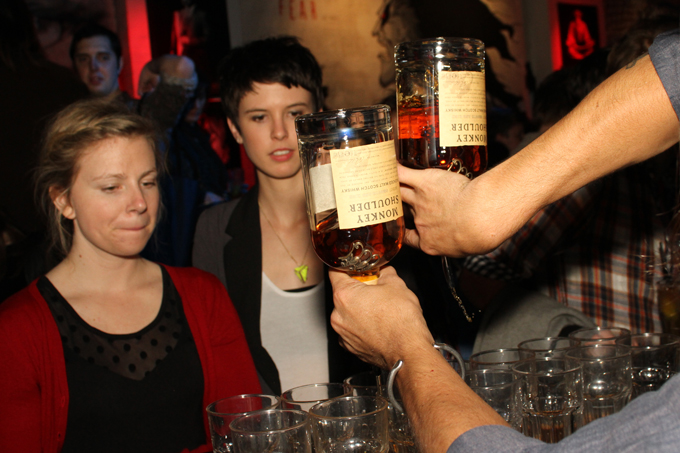 At the end of the day I’m a Beatles fan, I’m a music fan and I love Australian music. I’m incredibly fortunate to be in a position where something like this can be achieved, and I hope everyone who attended the event got to have a great night, and managed to fit in a few delicious Monkey Shoulder cocktails in the process. Given the dance moves I saw later in the evening, I have a feeling this went without saying. I’m just hoping no one saw mine…

We turn 5 next year… the only question is – how do we top this? (Editors Note: We never quite did). 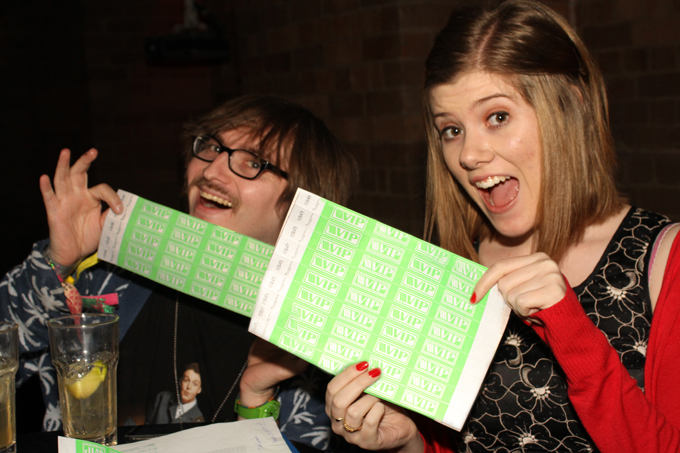 Nick Lalak and Jayne Cheeseman (who as of 2019 is at Virgin Radio UK!) handing out VIP wristbands on the door. 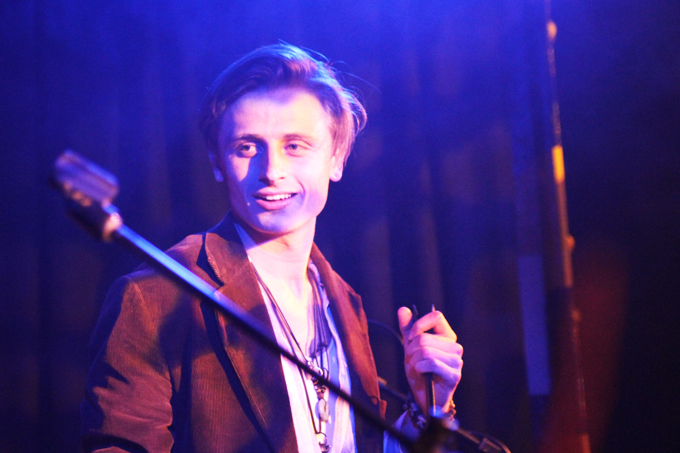 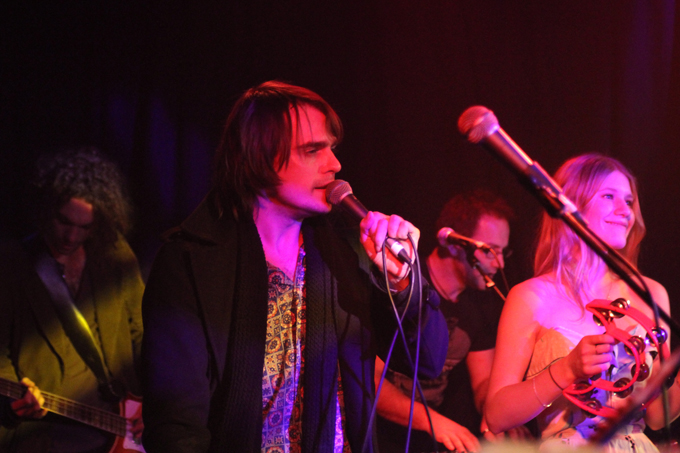 Deep Sea Arcade’s Nic McKenzie in the centre, Imogen Harper (then of Guineafowl) on the right. 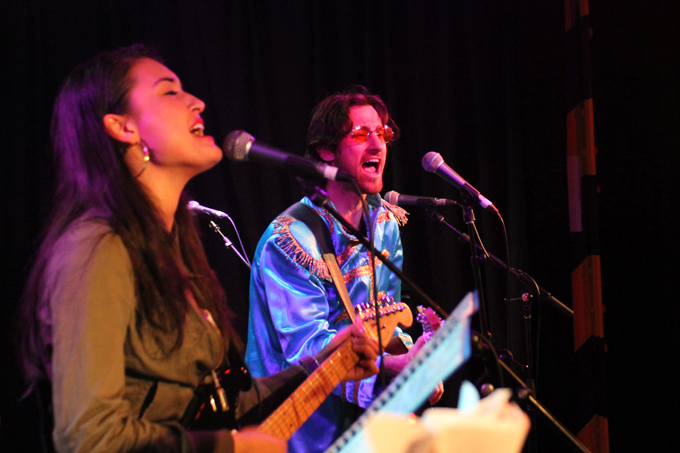 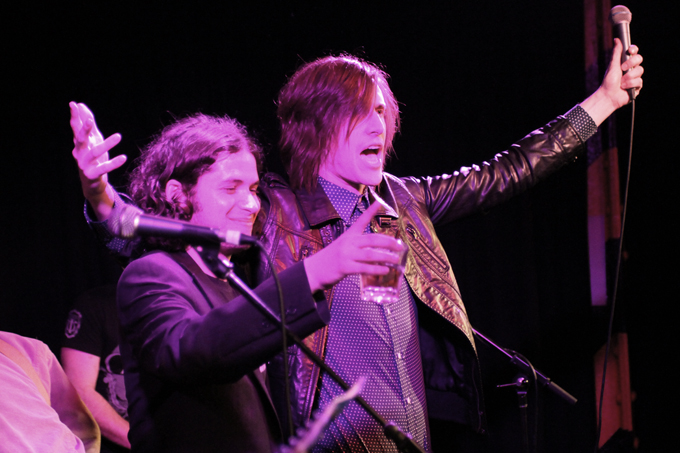 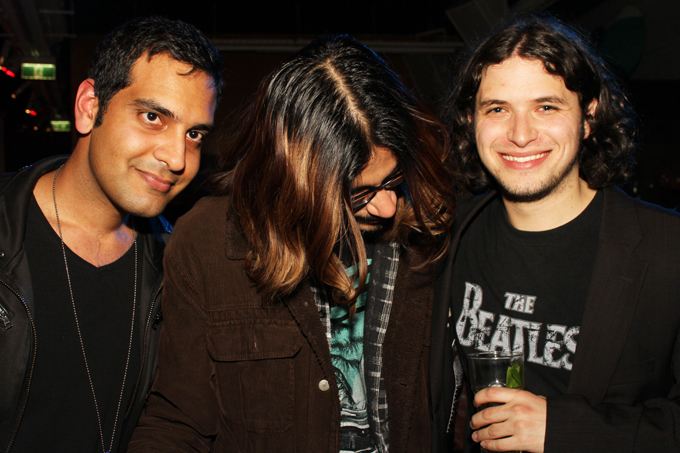