When they said the Xbox Series X was a monster, they weren’t kidding. Xbox head Phil Spencer has detailed a laundry list of tech specs for the forthcoming game system via the official Xbox Newswire blog.

The key theme? Power and speed. 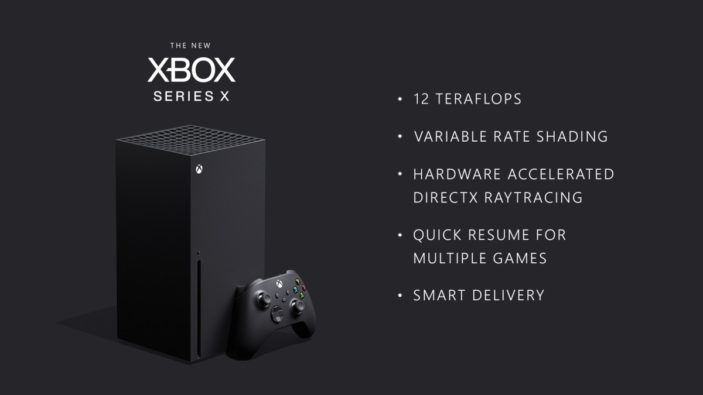 Let’s break down a few of the new items Phil has to talk about in the blog post:

We’ve known for a while that the Xbox Series X will utilise custom AMD’s Zen 2 and RDNA 2 processor architecture. The PlayStation 5 is looking to deploy very similar kit. What we know about Xbox’s custom kit is that it will offer 12 teraflops of GPU grunt — that’s twice the beef of the current Xbox One X and eight times the grunt of the launch model Xbox One. That’s a huge jump in graphical power.

This is a big one for graphics geeks. Raytracing is all the rage among PC power gamers. It’s a new technology for rendering light and reflections in games that looks much more realistic than the traditional baked-in or real-time models. 2019’s Control remains one of the most notable examples, a game that looks utterly beautiful with raytracing turned on. As of November, your Xbox Series X will be able to do that out of the box.

Xbox has brought this up a few times now, but this is the first time they’ve clarified what Quick Resume actually is. Basically, you can now suspend multiple games and jump back into any one of them instantaneously. No load screens, no waiting around. You can just bounce from one game to another with no in-between. That points to a hell of a lot of RAM.

The Xbox Series X will become the first modern console to support games running at 120 frames per second. For years, the console benchmark has been 60fps, though many developers would lock their games at 30fps for greater overall visual fidelity. That cap has, at long last, been removed. This is not to suggest that every game on the Series X will run at 120fps, but the option is there if developers wish to take advantage of it.

One of the big requests from gamers in every new hardware generation is always for backward compatibility. Often that request is made without knowing what an undertaking it is. Getting multiple generations of games, designed to run on specific, defunct systems, to run on one machine is difficult. Getting them to run smoothly is even harder. Xbox cracked the code during the Xbox One’s lifetime, offering backward compatibility for selected titles all the way back to the original Xbox.

That trend will continue into the next generation. The Xbox Series X will run all existing Xbox One titles, and every sanctioned Xbox 360 and original Xbox game. According to Xbox, they’ll “look and play better than ever before” and will “benefit from steadier framerates, faster load times and improved resolution and visual fidelity — all with no developer work required.” Also noted: Your Xbox One gaming accessories will also work on the Xbox Series X. This speaks to another hard lesson of this generation when it was discovered that old controllers and certain peripherals like the Rock Band 3 Midi Pro Adapter did not and would never work on the Xbox One.

These are just the tastiest morsels from a much longer post. Spencer signs off promising more details to come on projects like xCloud and formal pricing.

One thing is for sure: the Xbox E3 press briefing is going to be a wild one this year.