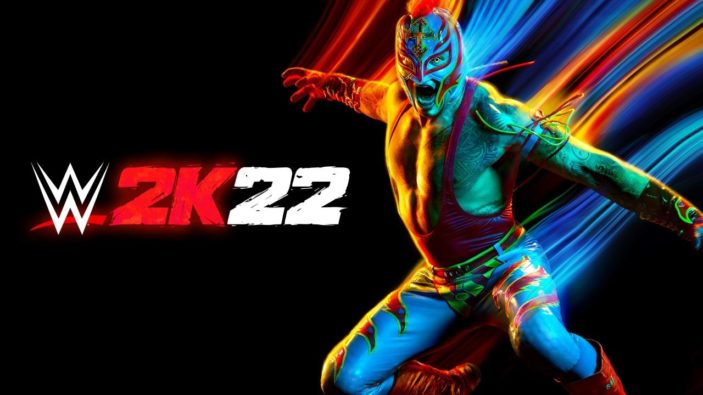 After a much needed year off, the WWE 2K franchise has returned with the hopes of providing a high flying, hard-hitting recreation of the iconic sport. While we won’t talk about the state the franchise has been in the past few years, it’s worth noting that WWE 2K22 marks a triumphant return for wresting games and fans alike, packing in a slew of modes and a touching tribute to one of wrestling’s greatest superstars, as well as one of my personal favourites, Rey Mysterio. While it can be a little rough around the edges at times, the gameplay is functional, bugs and glitches are minimal and the entire experience exudes a fresh sheen, shaking of the sins of past iterations.

The franchise returns with most modes intact, but throughout it all, WWE 2K22 is simply fun to play. You’ll mix light and heavy strikes and grapples, with various signature moves and weapons that truly encapsulate the tone of matches, along with an extensive roster of 178 playable superstars and legends at launch, throughout various eras of Raw, SmackDown, NXT and NXT UK rosters. Each with their own signature moves and combos, it’s admittedly easy to get lost in the variety that certain matchups can bring. The game controls well, assigning light attacks, heavy attacks and grapples to the face buttons. The learning curve can prove a little steep at first, and I do recommend the tutorial in order to come to grips with the new control schemes and mechanics, which confine pins and opponent adjustments to the right stick. 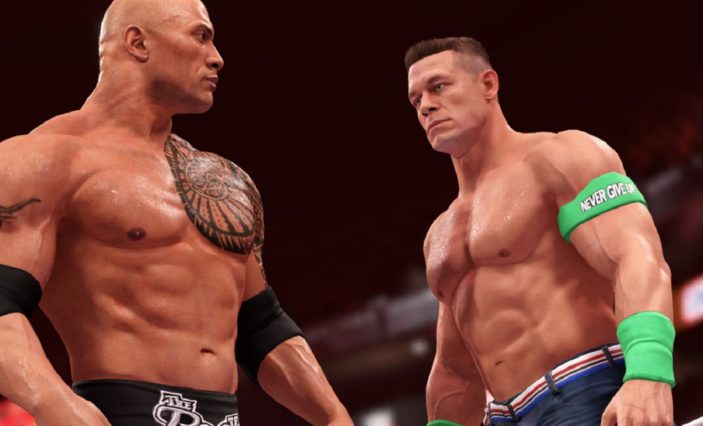 Reversals also play a huge part in each fight, as you must time your button presses in order to counter certain attacks and turn the tide of war. Players can also deal damage throughout the match, which fills a metre which then unlocks signature and finishers moves to deal the ultimate damage. Unfortunately, AI opponents have the tendency at times to stop and stare between strikes or walk blindly into the corner of the ring while you recover from an attack. Most importantly, the gameplay feels smooth and responsive, allowing you to deal with punishment with an extensive variety of combinations of moves and grapples, all while taking a beating as a result of mistimed counters and repetitive strategies, rather than silly gameplay bugs and glitches. You can also now block and dodge strikes, although countering attacks feels much more satisfying. Submissions and pins can now be evaded by mashing a single button, as opposed to the confusing and unnecessarily difficult mini-games found in previous WWE 2K games.

A Trip Down Memory Lane

The true highlight of WWE 2K22 comes in the form of the Showcase mode. Like previous iterations, this mode focuses on the year’s cover star, as you relive their most iconic matches and moments. This time around, Rey Mysterio is given the honour, as he narrates before and during each match, chronologically positioned throughout his career. Throughout each match, you are dealt objectives to complete, which usually come in the form of performing certain moves. After completing a certain objective, the match will transition into real footage, overlapped with Rey’s real-time narration and comments on that particular point in the match. 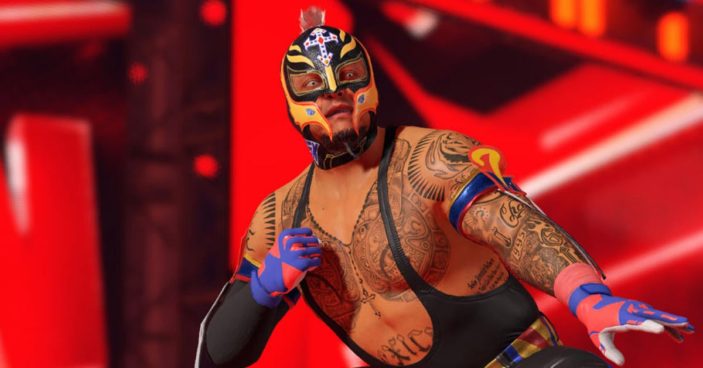 As one of my favourite wrestlers, I couldn’t help but shed a tear as Rey unwrapped his thoughts and emotions early on in his career, focusing on his tremendous rivalry with the late, great Eddie Guerrero. The tribute depicted here is truly heartfelt and genuine, filling me with emotions I never thought I would feel while playing a wrestling game. It’s relatively simple and short-lived in terms of structure as you make your way through each match, but I can’t help but recommend starting with this mode for the best first impression.

Beyond the Showcase mode, you’ll get the chance to test your skills in MyGM, MyFaction, MyRise and Universe modes. The MyGM returns for the first time since SmackDown vs. Raw 2008 and lets you take control of WWE’s prominent leading figures, from Sonya DeVille, Adam Pearce, William Regal, Stephanie McMahon and Shane McMahon. You’ll choose a brand between Raw, SmackDown, NXT and NXT UK, taking part in a rating war against a rival GM. The MyGM draft will deal out 8 superstars for you to customise, as you manage their rise through the WWE. There’s admittedly a lot on offer here, as you manage the popularity, profitability and general wellbeing of each superstar, handling budgets and contracts in the process. How you pit the traits and strategies of certain wrestlers against others is then up to you. Booking matches, scanning ratings and balancing these aspects is no easy feat, and I would recommend spending a fair amount of time with the game before taking this mode on, as it can be quite intimidating to casual fans, given its depth.

The MyFaction mode plays out almost identically to that of the NBA 2K series. You’ll collect cards and build a team of wrestlers as you take on various challenges in a bid to stay on top of regular updates and weekly challenges for optimal success. It’s a fairly standard interpretation of the MyTeam mode found in yearly NBA 2K games, even if the micro-transactions aren’t shoved as far into your face as they are in recent NBA 2K outings. However, I find that it’s simply a shortcoming of the mode, which prides its success on owning the most dominant and powerful cards, be it wrestlers, general managers or even contract cards, which extend the utility and usability of such cards. Because everything can be bought and the grind to achieve such cards through in-game means is ridiculously time-consuming, it can feel a little too overbearing at times. 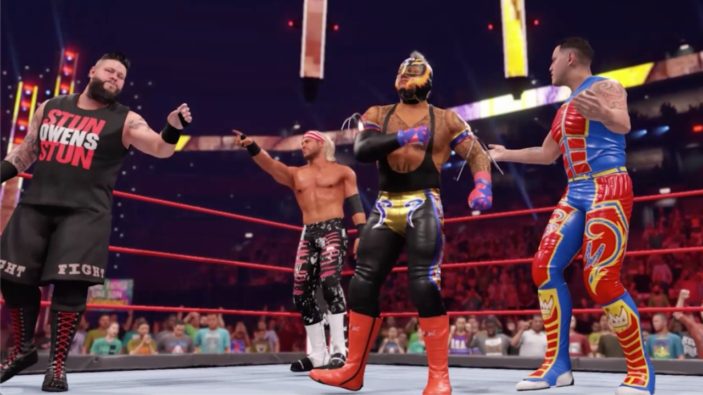 The MyRise mode plays out once again, much like NBA 2K22’s MyCareer counterpart. You’ll create a wrestler and strive for success, creating rivalries, alliances and small subplots throughout your career, depending on the choices you make and matches you choose. It’s a little disappointing that MyRise mode fails to present any meaningful story or consistent narrative for your superstar, given they managed to recreate Rey Mysterio’s career in Showcase mode so beautifully.

Finally, the Universe mode returns and gives you complete freedom over the WWE landscape, presenting a limitless sandbox in which you can pit various wrestlers against each other, and relive certain rivalries and storylines. Given that this mode feels like the MyGM mode without the managing aspect, players can jump right into the heart of matches without any of the financial outcomes and consequences, and is indeed the mode I would recommend generally over the MyGM mode for newcomers and fans alike.

Overall, WWE 2K22 is a largely successful outing and return for the franchise, touting functional mechanics and a variety of modes. While some modes stand head and shoulders above the rest, from the heartfelt Showcase mode and deep Universe mode, it’s largely worth playing just for these aspects. The biggest takeaway from WWE 2K22’s return is its functionality. Thankfully, bugs and glitches, while occasionally present, are nowhere near on the level of those present in WWE 2K20, allowing both hardcore and casual fans to take part in the authenticity and hefty amount of fun that the reinvigorated WWE 2K22 provides.