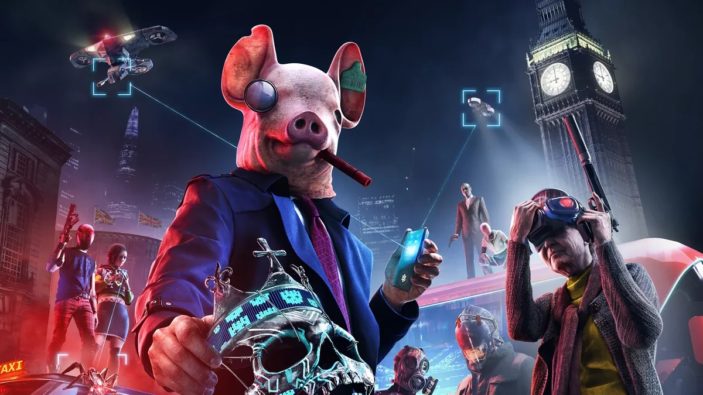 From the first, the biggest question I’ve had about Watch Dogs Legion was if it could capitalise on its ambitious concept.

It presents a dystopian vision of London held hostage under a fascist paramilitary rule. DedSec, the prolific hacker collective is working to destabilise the regime but they’re having a rough go of it. Numbers are thin on the ground, and a recruitment drive will be the key to success. This is the core of the Watch Dogs Legion experience. You don’t play through the game as a single, authored character. Rather, you play as many different people. Your main role is recruiting people with useful skills into the organisation, and leveraging their abilities to your considerable gain. People who are friendly to DedSec are easier to recruit. People who oppose DedSec will take quite a bit more work to bring into the fold.

The return of Clint Hocking

I am also relieved to know that Hocking was not among the many scalps claimed during the recent internal abuse scandal at Ubisoft. I feel much better previewing the game knowing this.

Far Cry 2 was a game with an interest in systems. Using overlapping systems to toss a stone into a still pond was the Far Cry 2 game loop. The player had to be careful using molotovs or explosives because, if they came into contact with the dry African scrub, they’d start a grassfire. That grassfire could quickly become a blaze, which might be beneficial or deadly depending on the moment it occurred. Crafty players learned to use the fire mechanic to affect the outcome of a skirmish. The fire would lure nearby enemies toward traps or flush them out of hiding. This might allow you to pick them off with ease, or it might trigger an exhaustive search of the area. You could leap out and try to take the troops down but your weapon might jam, leaving you defenceless. You could also try to flee the scene, but the malaria your character battles might flare up and get you killed. Systems on top of systems on top of systems, all interacting with each other, moment to moment.

It’s easy to see why Hocking is a great leadership choice for a series like Watch Dogs. It’s a series about exploring and manipulating systems. Playing as literally anyone has Hocking’s fingerprints all over it, but the extent to which Watch Dogs Legion‘s recruitment systems can be pushed was hard to gauge in the three-and-a-half hours I spent with it. Here’s what I could see: I can recruit anyone I want, and each person comes with their own set of important stats. Highlighting a pedestrian with your phone will tell you their name, their occupation, the car they drive, and their unique traits. One person might have super fast downloads due to a high-end 6G mobile plan, making them useful in a data heist. Another might be a skilled investor, granting them a tidy bonus on any money they make. Some can take more damage in a fight. Some will be held for longer or shorter times when arrested, based on their record. There are a lot of these traits so it actually pays to check in with every passer-by.

There’s a dream scenario here, one of utter subterfuge. Let me describe it: DedSec accepts a mission in a bank. We need to steal the account details of a CEO suspected of directly financing the PMC patrolling the streets. I hit the pavement and go looking for someone who works at that bank. I find someone, a manager with security clearance, and recruit them into DedSec. I switch to this bank manager and begin the mission. I walk into the bank and its secure backstage area. My being there doesn’t raise any suspicion because people expect to see me. I make my way to the server room, download the required information and send it off to DedSec. My mission complete, I am free to leave the building unhindered.

That might sound deeply boring to someone who prefers a little action in their open-world action games, but to me, it sounds like heaven. Whether Legion‘s systems are that sophisticated remains to be seen. I didn’t quite have the time to test the theory but based on what I’ve played, it could see this scenario (or something like it) panning out.

In terms of what can and cannot be hacked, Watch Dogs Legion felt fairly similar to Watch Dogs 2. This is a good thing. Watch Dogs 2 worked to find ways for players to interact with a digital world, and Legion looks to do the same. London (both in the game and in the real world) is a city filled to bursting with surveillance equipment. There are cameras everywhere. There are computers everywhere. From phones to drones, there are any number of ways to get a lay of the land or an upper hand. What this means for the average player is that Watch Dogs Legion should feel fairly open-ended. If you want to take the stealth route, use the cameras to your advantage and slip by undetected, the game is happy for you to do that. If you’d prefer to barge in with your taser at the ready, you can certainly go that way too.

Further to my aforementioned point about systems, its still hard to know exactly how much that can actually be hacked in Legion. Watch Dogs 2 took a semi-grounded approach, favouring surveillance systems and the remote hijacking of drones and turrets over more outlandish hacker tomfoolery like exploding ATMs or stealing automated cars remotely. The fact is, I want more of the nonsense. Stretch the bounds of credulity. Let me sew chaos with a smartphone. It’ll be great, I promise.

The impression I got from Watch Dogs Legion is of a game with a big idea and a desire to try something different. Coming from a large company like Ubisoft, well-used to making safe bets, this is a very good sign. During my demo, I raided a hospital for information, crawled through a destroyed building piecing together a conspiracy, and spent quite a bit of time driving around and talking to potential recruits. It left me with a feeling of wanting more, which is another good sign. I look forward to spending more time with Watch Dogs Legion when it launches October 29.