Unwrapping all the major announcements from The Game Awards 2022 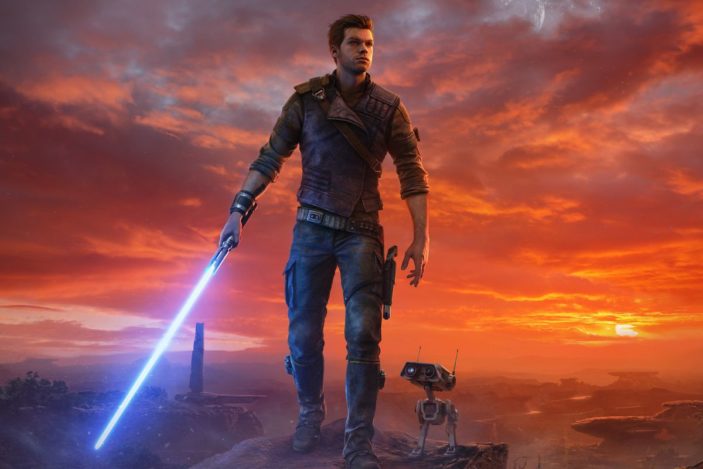 In recent years, The Game Awards’ annual showing has slowly turned into an increasing wave of new announcements and a place to brew hype for some of the biggest upcoming releases. That being said, The Game Awards for 2022 packed in an incredible amount of both surprising reveals along with new trailers for previously announced games. Before we dive into the night’s biggest trailers, we would like to formally congratulate Elden Ring for receiving the coveted Game of the Year award. Truly a well deserved win. Without further ado, let’s dive in!

Things opened with a trailer for the upcoming Street Fighter 6, showing off a handful of brand new characters and some slick moves to boot.

What felt like a surprise initially now feels inevitable, what with Hades being one of the best games in its genre. The game will release in Early Access in 2023.

Cal is back, along with a grizzly beard, new moves and furry allies to traverse about the open world on. Actor Cameron Monaghan even made an appearance on stage, wielding his iconic blade. We can’t wait to play this when it releases on March 17, 2023.

From Bioshock’s Ken Levine, you’d be forgiven for thinking this was some sort of sequel or spiritual successor to the aforementioned franchise. Funnily enough, it’s not. But we can’t wait to see more.

For as great as the Bayonetta games are, this feels like a welcome departure from the traditional hack-and-slash titles that have come before. With a unique presentation and art style, things are looking to slow down somewhat in favour of exploration. Its also releasing on March 17, 2023.

This open world MMORPG is looking great. While the trailer is cinematic in nature, the vast deserts and unique creatures are looking to take centre stage, laying the groundwork for what looks like one of the more expansive MMO alternatives in recent years.

This one came off as a real treat. We see Lea Seydoux’s character Fragile escape from her safehouse with her child, before they are both tracked down and the child is seemingly killed. Enter Norman Reedus’ character Sam Bridges, as he is called upon once again for another adventure, grey hair and all. With no release date at the time of writing, we can only hope this comes sooner rather than later.

Forspoken’s recent delays may be disappointing for some, but the content keeps on rolling, with yet another trailer based on combat. While it’s release next month has crept up on us, a free demo is available right now on the PlayStation Store.

A multiplayer Crash Bandicoot game that sees two teams duking it out for Wumpa Fruit? Count us in. Crash Team Rumble may feel inspired by Crash Bash, but feels unique enough to draw us in all over again. We’ll see this one sometime in 2023.

It feels like it’s been a while since we’ve seen anything Final Fantasy XVI related. That being said, I feel as though this trailer made up for it, bringing plenty of story, action and general thrills. Don’t fret though, as this is shaping up to be one hell of a ride. It will release on June 22, 2023 exclusively on the PlayStation 5.

Another cinematic trailer that showed the titular squad capture the Flash, with Batman hot on their heels. As crazy as it sounds, Batman swoops in, kills a police officer, and threatens to do the same to the Suicide Squad. It’s also worth nothing that this will mark actor Kevin Conroy’s final performance as Batman. Rest In Peace Kevin, thank you for everything. Suicide Squad: Kill the Justice League will release May 26, 2023.

While these stories never seem to make much sense in the grand scheme of things, Jin is back to wreak havoc on the Mishima family. But we all know we’re here for the fighting, right? This will release sometime in 2023.

This expected chapter of DLC will take things to Hollywood, although the red carpet seems to be nowhere in sight. We did get to see the sign though. This DLC will ditch last generation consoles and launch on April 19, 2023.

The Lords of the Fallen

The sequel to the game of (almost) the same name, The Lords of the Fallen looks very much like previous Souls Borne games; but I guess you can never have too much of a good thing. It will launch on next generation consoles sometime in 2023.

Upon seeing actor Michael Madsen introduce this trailer, I admittedly had no idea what to expect. But now that it’s been revealed as a first-person heist game, featuring an elite 90’s cast, it makes all the sense in the world. Crime Boss: Rockay City will launch on next gen consoles sometime in 2023.

An online multiplayer game for up to four players feels like a natural choice for a Transformers game, but this felt like another welcome surprise. At the time of writing, no release date has been announced.

A game from Don’t Nod and Focus, the publisher behind the Plague Tale games, sees you play as a hunter who teams up with various ghosts, in order to hunt other ghosts? Yeah, we might need to see more. It looks great though and will launch towards the end of 2023.

A sequel to the criminally underrated Warhammer: Space Marine sees you hacking and slashing waves of alien enemies, with an impressive amount of enemies on screen at once. It’s set to release sometime in 2023.

This planned DLC follow up to Cyberpunk 2077 will feature Keanu Reeves once again, along with franchise newcomer Idris Elba, who seems to be playing a secret agent. It will launch on next gen platforms sometime in 2023.

Bandai Namco and From Software have teamed up once again, this time to bring back the mech inspired action series, with Armoured Core VI: Fires of Rubicon. It’s not Bloodborne 2, but it will do. It will also launch on both next gen and previous gen consoles in 2023.

And that’s a wrap. It was truly a huge day for both trailers and announcements alike, and we would like to congratulate all award nominees and winners.