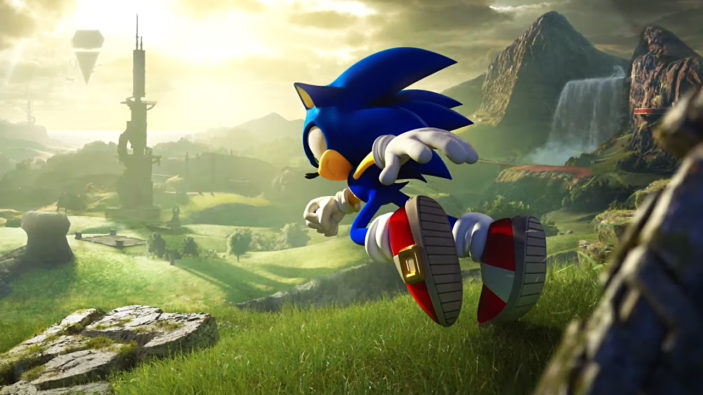 After a decent hiatus, Nintendo Direct returns once again with a flurry of announcements, covering a number of upcoming games from third-party developers. This mini, 25-minute conference dropped earlier this morning on YouTube and wasted no time in getting straight into the action.

We’re here to wrap up today’s announcements, so join in on the fun below.

Between Summer Games Fest and now, we’ve seen a wealth of content from the upcoming expansion for Monster Hunter Rise. While this is more of the same, the action look frenetic and incredibly engaging. It will be releasing on Nintendo Switch this Friday.

Nier Automata is coming to the Switch

If you haven’t gotten around to playing, Nier Automata, now might be the time. Nier Automata: End of Yorha Edition will release on October 6th of this year with new content and costumes. Seriously, get onto it.

Solve a new mystery in Lorelei and the Laser Eyes

A stylish, unique murder mystery built around puzzle solving? Sign us up! The atmosphere and art style also serve as a huge plus. Lorelei and the Laser Eyes will launch on Nintendo Switch and PC in 2023.

Super Bomberman R 2 was announced with a vibrant gameplay trailer

While admittedly short, the reveal trailer for Super Bomberman R 2 showed off some interesting castle-defence gameplay along with some charming visuals. It will launch on all major platforms along with the Nintendo Switch in 2023.

Megaman Battle Network Legacy is coming to the Nintendo Switch

This nifty collection will bundle all 10 games, and we couldn’t be more excited. It will launch on the Nintendo Switch sometime in 2023.

Originally released on the PlayStation, Pac-Man World is being remade with a new name some fresh visuals and will launch on the Nintendo Switch on the 26th of August, 2022.

Work together in this cooperative and gorgeously crafted adventure as you guide a fawn and wolf cub through the wilderness. It will launch on the Nintendo Switch on the 23rd of February, 2023.

With a new art style in mind, Return to Monkey Island is sure to have us returning for the pirate adventures many of us began so many years ago. It will launch first on the Nintendo Switch later this year.

Mario + Rabbids Sparks of Hope will feature a completely redesigned battle system, allowing the freedom of movement during combat. It will launch exclusively on the Nintendo Switch later this year on the 20th of October.

Sonic Frontiers gave us a deeper look at some gameplay

With an extended look at open-world traversal and combat, Sonic Frontiers is slowly shaking off the doubts most have had in recent weeks. It will launch on the Nintendo Switch later this year.

Help iconic Disney characters recover their memories as you explore multiple worlds and environments from classic Disney franchises. Disney Dreamlight Valley will launch on the 6th of September as an early access title.

There is life in Live A Live yet

Did you completely forget about this game for a split second? We don’t blame you. Live A Live received a huge 40-minute Treehouse playthrough, presenting a deeper look at the game’s structure and mechanics. Presented in chapters, the first three will be available later today, before the full game releases on the 22nd of July.

This charming side-scrolling rogue-like sees you playing as an alchemist who loves cats. It’s available today on both Nintendo Switch and PlayStation.

Minecraft Legends is making its way to Nintendo Switch

Recently announced at the Xbox + Bethesda Games Showcase, this new action-strategy hybrid will be releasing on the Nintendo Switch sometime in 2023.

Dragon Quest Treasures sees you hunting down various monsters and collecting valuable treasures along the way. It seems much more focused on traversal and action and will launch on the 9th of December, 2022.

Run, don’t walk. The classic puzzle-based franchised will launch on the Nintendo Switch today with Portal: Companion Collection, which will include both Portal and Portal 2, along with split-screen and online multiplayer modes.

Were you in need of another life-simulator? Well, Harvestella might just be the game for you. You’ll be exploring various environments for crafting resources and even collecting ingredients for cooking. That being said, there’s also a healthy dose of action included here too. It will launch on Nintendo Switch on the 4th of November, 2022.

The Persona franchise is also headed to the Nintendo Switch

Also recently revealed at the Xbox + Bethesda Games Showcase, Persona 5 Royal, Persona 4 Golden, and Persona 3 Portable will be making their way to Nintendo Switch. Persona 5 Royal will be the first to launch, alongside other platforms on the 21st of October, 2022.

And that’s a wrap! We’ll be sure to touch on each of these titles closer to release when we learn more.