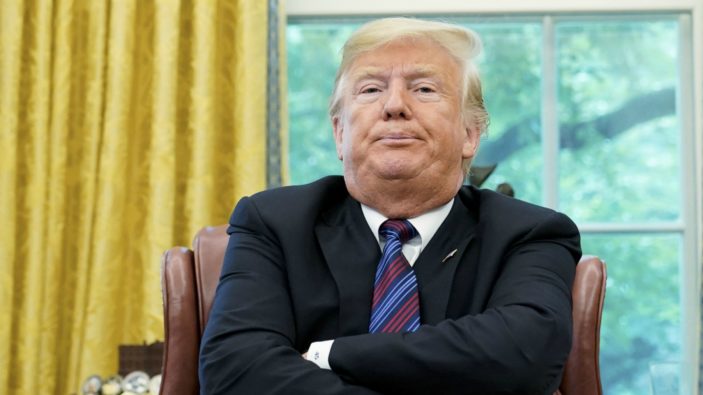 Here is the (rather oddly written) section that indicates the order is targeted at Tencent’s WeChat app and not their broader portfolio.

Sources have reportedly confirmed to the LA Times that the executive order itself pertains only to Bytedance’s TikTok and Tencent’s WeChat and was written to specifically exclude Tencent’s gaming portfolio. It seems the video games are fine for now. We have to wonder how long that stance will remain in place, and why the US would target only these apps over data collection and not its broader portfolio.

You read the headline right. He might have accidentally banned Fortnite. On the list things I thought I’d be writing about today, I really didn’t see this one coming.

US President Donald Trump today signed an executive order prohibiting transactions with Chinese companies Bytedance and Tencent. Bytedance is the maker of popular short video app TikTok. The order follows Trump’s threat last week to ban the app and any business conducted with its parent company within the United States. It also comes only one day after Bytedance’s direct (and notably American) competitor Facebook launched a TikTok clone called Instagram Reels. This is awful news for TikTok’s massive American audience, primarily comprised of users under 21 years of age. Popular creators on the platform have been preparing to farewell the app since rumblings about a ban kicked off last week.

It’s the inclusion of Tencent that makes this executive order something else entirely.

Tencent is a Chinese conglomerate who has quite a large stake in numerous video game companies around the world. In the United States alone, Tencent:

Among games that aren’t made in the US but are popular within the country, Tencent has full ownership of Norwegian publisher Funco. It ha:

To say that they have a hand in a huge swath of the global games industry is to understate it. At the time of writing, it is not clear if the President was aware of the knock-on effect this order would have within his own borders or not.

So what the hell happens now?

Under Trump’s executive order, all of these companies will need to close down any business with Tencent, or divest any holdings or investments related to the company. This would necessarily include any revenue share from game sales and microtransactions. If these companies cannot do this, the games they produce will be considered illegal in the United States. As things stand, all affected companies have 45 days to get their portfolios in order before the ban becomes official. That’s Sunday, September 20, for those keeping track.

If they don’t, then numerous popular games across console, PC, and mobile will be affected. We live in a world now where, if Epic and Activision can’t clean house in time, Fortnite and Call of Duty will be illegal in the United States. What Riot Games, a wholly-owned subsidiary of Tencent, will do remains to be seen. League of Legends enjoys phenomenal success in Asian territories so Riot may not be as concerned about that. What may be more worrying for Riot might be Valorant, a game launched earlier this year to compete with American esports mainstays Counter-Strike: Global Offensive and Overwatch.

We will watch with interest over the next week to see what lies in store for the American video games industry.