Rarely do you find a puzzle role-playing game where the abilities you use to succeed are as eccentric as its cast of characters. Rarer still is the opportunity to share that experience with another player. This is why the Trine series is so important to me. With Trine 4: The Nightmare Prince, developer Frozenbyte has returned my children to me at last. Zoya the Thief, Pontius the Knight and Amadeus the Wizard are back in an all-new 2.5D adventure. 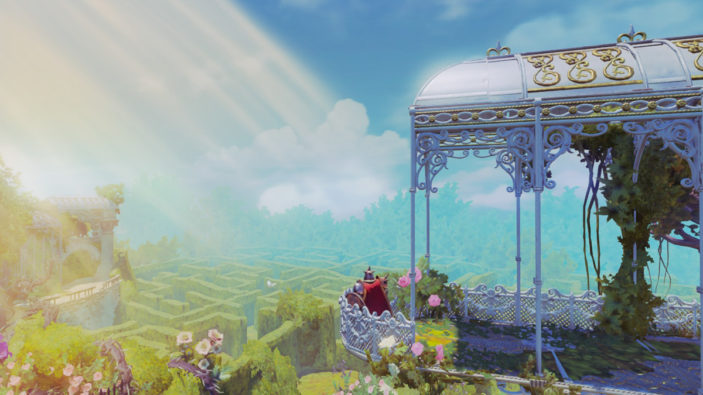 When the Astral Academy calls for aid, our heroes are reunited. The Academy has lost a student, the titular Nightmare Prince, and would like him back. Despite his reputation, the Nightmare Prince is not actually evil, but he is kind of a brat. The Prince struggles to control his growing powers and as the adventure continues, it becomes clearer and clearer why the Academy want him back.

Previous entries were content to offer only two difficulty settings — Normal and Hardcore, the latter often added later in an update. The Nightmare Prince breaks the trend, offering Easy or Normal with an option on how long game will wait before dropping puzzle hints. The default hint delay is six minutes, but it can be turned off entirely if you don’t want help. There are also multiple ways to solve each puzzle you encounter on your adventure, which is good because you’ll be solving a lot of them.

Trine has always featured excellent environmental design but here Frozenbyte has gone to another level. The backgrounds are GORGEOUS and the overworld map has a painterly, hand-drawn feel to it. Appearing as if hashed out on parchment, the map slowly fills in as you move from area to area. Character designs have been tweaked, appearing more cartoonish in The Nightmare Prince than in previous installments. They don’t lose their charm though, their essence and quirks are not lost in translation. The all-knowing Narrator, voiced again by the great Terry Wilton, is the perfect cherry on top.

If The Nightmare Prince will be your introduction to the series, the first thing you should be wary of are their controls. Four games into this series and I still fumble with them. I still confuse the buttons for character switch and character skills, always when surrounded by enemies. I don’t consider it a deterrant. Enemy encounters do tend to drag on, becoming repetetive, which is where the multiplayer shines.

Multiplayer in Trine 4 is available on a single machine, via local or online play. Multiplayer is at its best when you have a strong partner and great communication. You’ll move through puzzles much faster if you can work together. It’s a treat, and a great couch co-op experience. 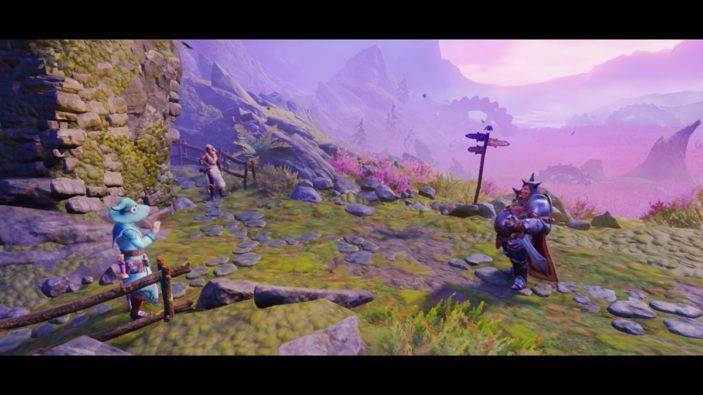 Trine 4: The Nightmare Prince continues the series legacy as a strong fantasy RPG with a great story, puzzle-solving and character work. Heartily recommended.

Review conducted on Nintendo Switch with a retail code provided by the publisher. Check out more of our Switch reviews here.