Despite only being one video game, NBA 2K22 will launch with a whopping six cover athletes across its many different editions.

The standard edition will feature two-time NBA All-Star Luke Dončić, while icons like Kareem Abdul-Jabbar, Dirk Nowitzki and the great Kevin Durant will grace the cover of the NBA 2K22 75th Anniversary Edition. You might be scratching your head at the name on that one. It is in fact the NBA, and not the NBA 2K series, that has been around for 75 years.

The spot of cover athlete has long been a badge of honour in sports games. It was a stage for popular plays to cement their legacy, or catapult up-and-coming players into the public consciousness. Some, like the Madden NFL series, carry a purported curse — athletes that grace the Madden cover often suffer through a woeful season immediately after. But it’s usually only one athlete to a given game. 2K Sports, it seems, doesn’t believe in that and said “Bugger it, we’ll put em in.”

Here’s the local box art for the standard edition below. This year’s style is in a broad-strokes watercolour style, eschewing the action photo look of previous games. 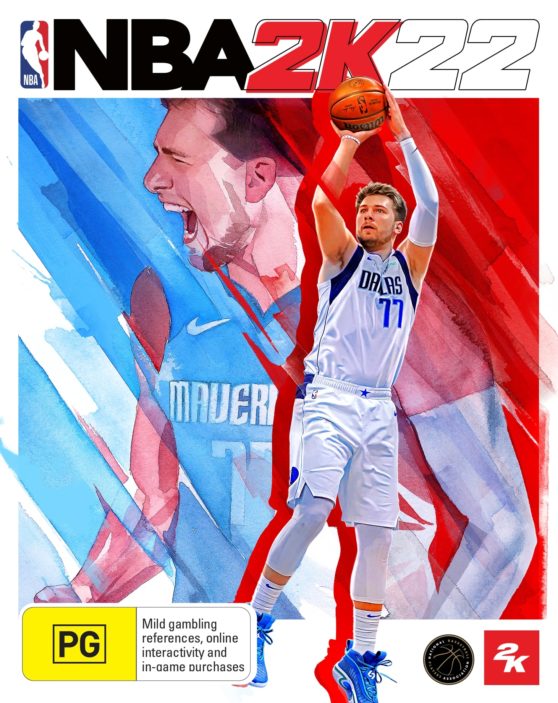