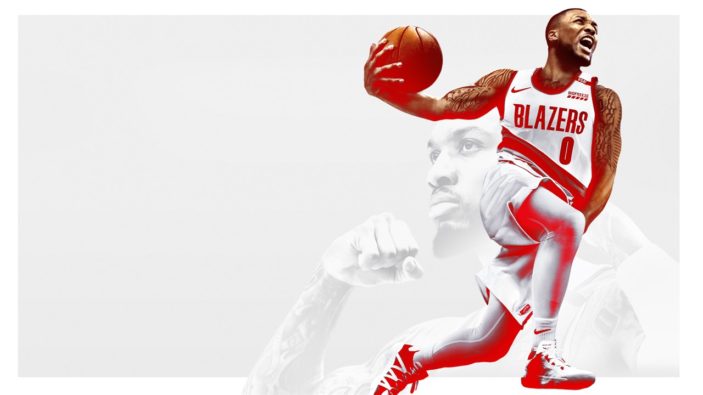 After a crazy year, it’s safe to say the NBA has followed suit, enduring a long suspension, resulting in the introduction of the NBA bubble, a facility located in Disneyland, Orlando, solely created to see through the completion of this season. It’s unfortunate that NBA 2K21 isn’t as much as a departure from the norm; in fact, it’s almost identical to last year’s iteration. Now keep in mind, that while many modes and mechanics that remain the same, small and incremental changes have pushed the franchise forward in meaningful ways. The inclusion of the updated shot stick, now known as the ‘Pro Stick’, and the decision to segment the popular MyTeam mode into seasons, dictating the overall theme and special unlock-able cards for that period of time, has steered otherwise ageing modes and mechanics in a new, fresh direction. If these small steps are anything to go by, this current-gen version can rest easy knowing it’s one solid basketball experience.

Firstly, let’s address the elephant in the room; yes, NBA 2K21 looks strikingly similar to NBA 2K20. Be it visually and mechanically, you would be hard pressed to find any major changes on the surface. Players still look great, recreating some eerily lifelike interpretations of current superstars. I mean, that’s literally LeBron James on my screen, I dare you to convince me it’s fake. Ultimately, if it ain’t broken, don’t fix it, I get it. But seriously Visual Concepts, a new scoreboard would have been nice for the sake of variety. I also understand that major changes this late into a console generation are a rarity for yearly instalments in sports games such as these, so I can’t be too mad at the fact that NBA 2K21 still looks and feels great. Players carry with them the same sense of weight and physicality that we’ve become accustomed to, with authentic player abilities returning to the fold. Point guards like Russell Westbrook and Damian Lillard still feel incredibly fast off the dribble, while versatile small forwards like LeBron James feel a little stiffer, yet stronger in areas like the post and elbows. NBA 2K21 has most definitely developed into a fan’s experience, requiring much of the dedicated strategy with certain players that a coach would employ in real life. Long story short, don’t be that player who drives the paint with Shaq. Just don’t. 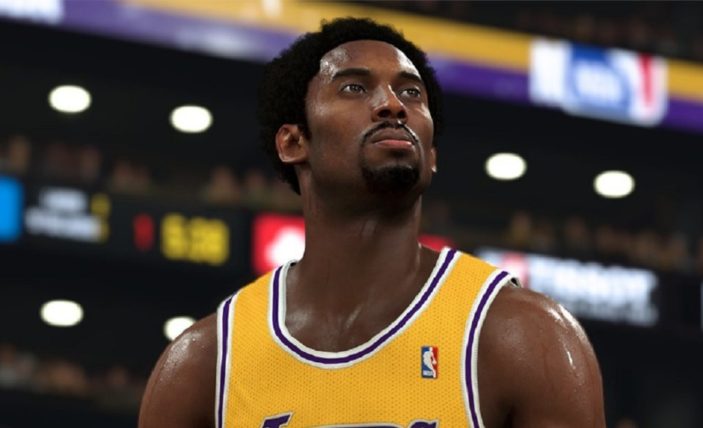 NBA 2K21 has taken the trusty shot stick, and turned it into the revamped ‘Pro Stick’, complete with added dribble moves and a new shooting mechanic. I always felt that many of NBA 2K20’s dribble moves accidentally translated into awkward shots, particularly in traffic when I wanted to simply pull up with a nice crossover and fade into a jump shot, but Steph Curry decided he wanted to change hands at the last minute and drive underneath the ring for a reverse layup; all while being guarded by LeBron. As many fans could imagine, it makes for a nice chase down block, but does little for my ability to turn the tide. NBA 2K21 has now utilised the stick in a more disciplined fashion, allowing a greater range of dribble moves, complete with a larger range of customisable and signature dribble moves. Isolation feels better for this very reason, as players are now encouraged more than ever to limit flashy dribbles to traditional guards and the occasional star small forward. NBA 2K20 made dribble moves feel more straightforward, but gave too many players the ability to create succesful crossovers and hesitations.

Shooting in NBA 2K21 however, is an entirely different ball game; sometimes literally. While the trusty dedicated shot button is perfectly usable, the right stick now relies on aiming, rather than timing. Entering a shot requires players to line up a small yellow marker in between a sweet spot, which usually sits slight to the left or right of centre aim within the shot meter. Players must align their marker with this sweet spot before they release, which admittedly allows players to release a little earlier or later in order to adjust their aim. This definitely feels weird at first, and will flex even the strongest of muscle memories. I’ll be the first to admit it, my first few hours with this new mechanic were incredibly infuriating. I have never air balled so many wide open shots in my life. But given the stick encourages a sense of patience, both in terms of a learning curve and in terms of taking your shot, learning to use this stick feels so rewarding in the long run. 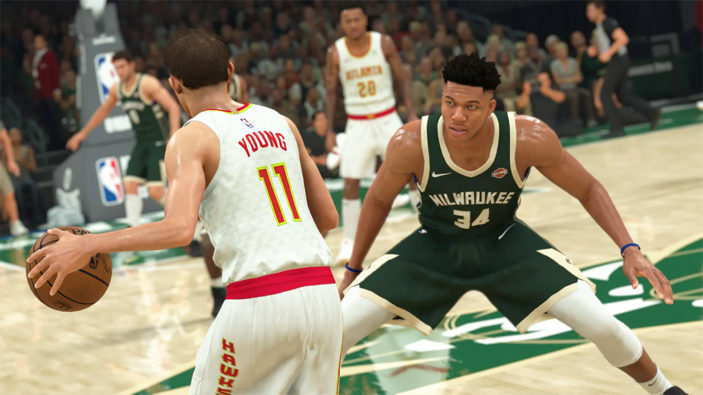 While all your favourites modes have returned, only a couple have gotten any real upgrades. MyLeague and MyGM modes allow for an unprecedented sense of depth and customisation, but they remain in many respects, unchanged. The WNBA makes a brief appearance in quick play, season and MyLeague modes, but it’s still a shame you can’t create female players, nor use them in a career mode of any sort. The career however, brings with it the same rags to riches story, with added high school teams. I would say the career mode is as good as it’s ever been, with believable performances from various actors including Jesse Williams, Dijmon Hounsou and Michael K. Williams. But unfortunately, the main structure remains the same; grind your way through high school and college to get to the NBA draft, at which point the story suddenly disappears as you play through a season, upgrading your custom created character this time known as ‘Junior’, through the NBA ranks.

Pair this up with a new Neighbourhood, now know as 2K beach, and players will find an added sense of variety in terms of visuals, although many of the features and activities have been carried over. But going into Summer here in Australia, this vibe is undeniably fitting. MyTeam however, while similar in structure, has introduced dedicated seasons in which highly sought after cards and packs are based around a specific theme. For example, the first season has been titled ‘ One Will Rise’, and features players who have come through for their teams in clutch moments. The Triple Threat mode also makes a welcome return, pitting teams of three against each other both online and offline, as you grind for specific rewards. I can’t deny that MyTeam still is and may always be based around micro-transactions, since you’ll never accrue enough VC (Virtual Currency) through in-game means to feel as though you can compete with those who spend real money on packs, showing up to the party with a wide range of legendary players. 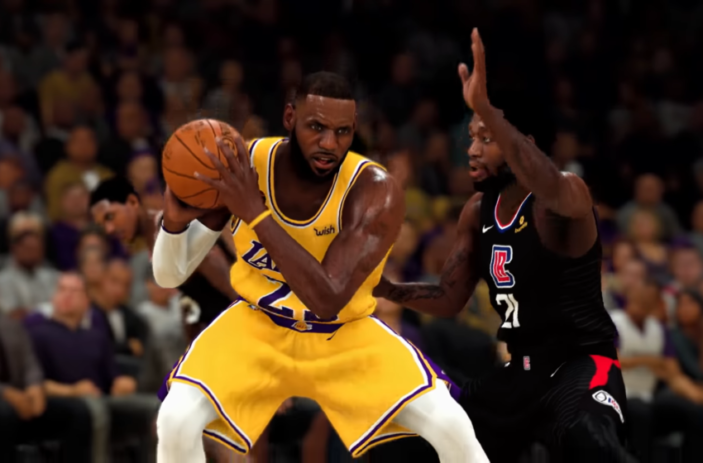 Overall, NBA 2K21 is as good as it’s ever been, but that’s not really saying much. If you liked NBA 2K20, you’ll more than likely love NBA 2K21. Hardcore fans will absolutely love the new Pro Stick, while the casual fan may stick to the dedicated shoot button. Small steps forward are always better than major steps back, even if it means sacrificing risks that may turn into new and exciting ventures for the franchise. The experience looks better than ever, and MyTeam will more than likely keep fans around with meaningful reasons to return. Micro transactions don’t feel as forced this time around, but they’re most definitely present, and still prioritise paying players with a noticeable advantage. This may be the current generation’s last outing for the NBA 2K franchise, but fans will rest knowing the series hasn’t lost its crown just yet.