The Witcher 3: Wild Hunt Review: The world goes with you 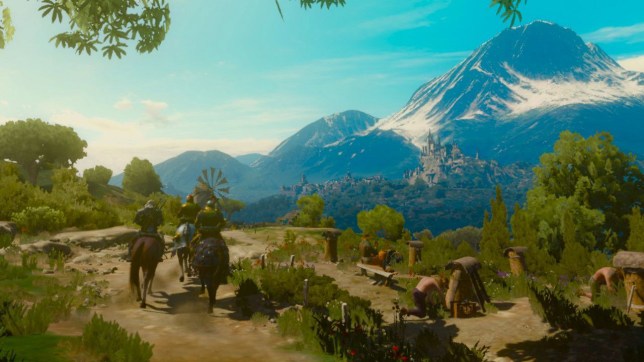 The Witcher 3: Wild Hunt is one of the greatest role-playing games ever made. I knew that the first time I played it at a preview in January 2015 and it remains true now over four years after its release. CD Projekt Red’s masterpiece/labour of love operates at a scale that would make other genre developers cower. This is why, when CDPR announced the game was coming to the Nintendo Switch, many wondered how they would accomplish such a feat. Surely the Switch, a console with a fraction of the grunt its contemporaries possess, would choke on a game the size of The Witcher 3.

That it doesn’t is nothing short of miraculous.

The Switch port of The Witcher 3 contains the Wild Hunt base game and all released DLC including the full Hearts of Stone and Blood and Wine expansions. Each of The Witcher 3‘s expansions are big enough they could be considered self-contained games in their own right. Their inclusion makes this collection’s arrival on Switch all the more impressive. You’ll want to clear out some space on your memory card too — this package clocks in at 45GB, massive for a Switch title.

For the uninitiated, The Witcher 3: Wild Hunt follows Geralt of Rivia on a grand quest ot save the world from the threat of the Wild Hunt. An army of supernatural warriors, the Wild Hunt is tracking Geralt’s adoptive daughter Ciri. He’s not sure why they want her. He’s not even sure that Ciri knows. What he does know is that if they want Ciri, they’re gonna have to go through him first.

Compared to its Xbox One and PlayStation 4 counterparts, the Switch version of The Witcher 3 isn’t much to look at. PC players would call this kind of performance “Potato Quality.” The textures are muddy and it maintains a steady 30fps. It runs in 720p resolution while docked and 520p in handheld.

Everything looks fine during dialogue when each character in medium and close up shots. Expressions are clear, animations retain their character — the downgrade is barely noticeable. It’s when you’re exploring the open world, be it Velen, Skellige or Toussaint, that you’ll notice it most. Trees that were lush and leafy are now somewhat skeletal and blurry. Landmarks and terrain regularly pop in on the horizon.

These aspects of the port will be a deal-breaker for some. I don’t think it will matter to Switch owners, especially those who’ve never played The Witcher 3 before. No matter how it looks, it will still get its hooks in and sweep you away.

So, yeah. It’s still great! And provided you can forgive it looking a bit muddy, you can finally take it with you on a system that isn’t 5kg gaming laptop. For those who like a game they can sink their teeth into for months on end, I don’t know if you could ask for a better buy than this.