I was sceptical going into Space Junkies. VR, I’ve found, can be hit-and-miss, and nearly every title I’ve played has led to dizzy spells and nausea. Not only that, but this was a title set in the cold vacuum of space with rockets, guns and jetpacks. If anything was going to cause me problems, it was almost certainly Space Junkies — which is why it came as such a surprise when it didn’t.

In fact, Space Junkies –– which I played on PSVR — had the most stable VR that I’ve experienced so far. It was a welcome relief, because I needed all of my faculties to survive in-game. For anyone who’s played an arena shooter in their life, the premise of Space Junkies will seem pretty simple.

There’s four game modes – Free-for-all, Death Match (2v2 and 1v1) and King of the Crown. In each one, players are paired up in teams of four to fight for their lives. Matchmaking is easy, and I had no trouble finding a squad to beat up (or rather, be beaten up by). 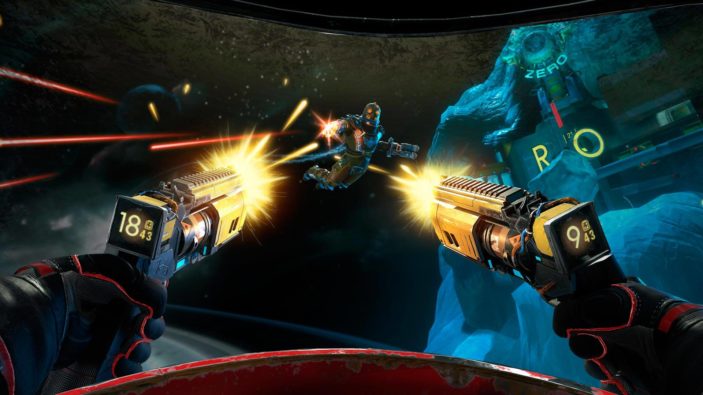 All modes are variations on a theme – the theme being ‘kill the enemy’. There’s a ton of guns littered throughout each level, as well as pick-ups and power ups that’ll lead you to victory. More powerful guns will get you to victory faster – but the key is knowing which nook or cranny they’ll spawn in.

Playing the game at launch will also give you another advantage – not only will you be able to locate the best guns easier, but other players are just as inexperienced. I had a wonderful first round filled with fellow first timers, one of whom I killed because they lost all control of their jetpack at the exact right moment.

With so many different controls at your fingertips – it’s no wonder. Playing on PSVR is a surprisingly complex experience, because of this. Unfortunately, the game doesn’t appear compatible with the PS Move controllers, which mean’s you’re stuck shooting with a controller. It’s… awkward. Or maybe my monkey brain couldn’t make sense of it.

But when you’re trying to control movement with head and joystick twitches alongside shooting with a trigger, avoiding enemies and obstacles AND trying to aim at other players, it gets a wee bit confusing. There’s a lot going on, and you need a heap of concentration to keep yourself on track.

PS Move compatibility would go someway towards improving the experience, but for now, you’ll need a butt-load of practice to keep yourself up and running. 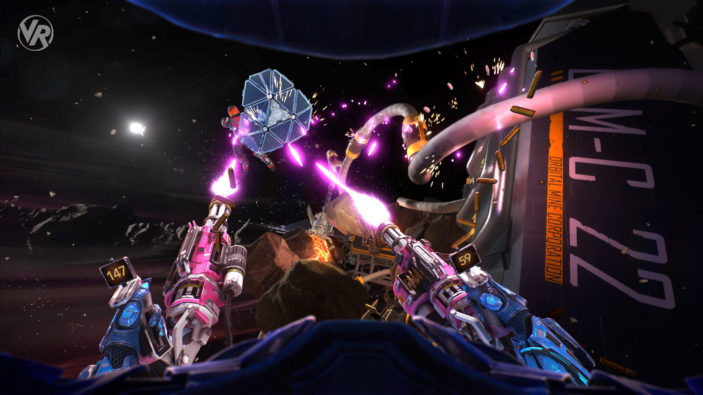 Outside of a steep learning curve, the game is great fun – and with quickfire, rapid spawning rounds, you’ll want to keep coming back for more. It feels like a game straight out of the 1990s, even if it is currently a little bit barebones. The four game modes break up the pace, but they could definitely do with a little more variety. If they ever introduce traditional Capture the Flag à la Unreal Tournament, I know I’ll dive back in for another helping.

With solid VR mechanics and fascinating worlds to fight through (and die in), Space Junkies could be the start of a truly great multiplayer game.

As it is, players are likely to get ample hours worth of enjoyment out of it – but it could definitely be boosted by new modes, greater character class range and more weapon variety. For now, it’s off to a cracking start, and I’m excited to see what the future holds for the franchise.