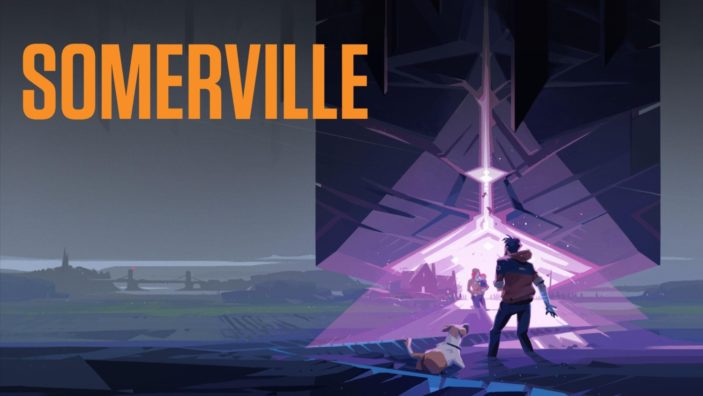 It feels like it’s been a while since the last wave of rather memorable physics-based, side scrolling experiences like Limbo and Inside. Thankfully, Somerville brings with it that immediate sense of mystery and wonder that I only now realised I had been missing. Development studio Jumpship’s co-founder Dino Patti, also founded development company Playdead, and had worked on both Limbo and Inside. As a result, Somerville provides a well-paced narrative that raises some interesting questions, even if it loses a little bit of steam through its ambiguity in the last act.

The Day it All Happened

Our nameless male protagonist along with his wife, child and dog, sit quiet and asleep in their living room. The child awakens, deciding it’s time to play about and explore the new house they had just moved into, inadvertently getting into mischief. This awakens the family, as mum rushes into the kitchen to retrieve the child, thankfully safe and sound. Dad, our nameless male protagonist, awakes to realise he hasn’t fed the dog, who is eagerly awaiting food. As we trek down to the basement to grab a bag of dog food, making our way up to the kitchen, it happens, a monstrous BANG. What feels like the beginning of an earthquake, suddenly erupts into a flurry of lights and explosions outside, as our only view from the kitchen window disrupts the full view. As we rush outside, family in hand, we see it; a full blown alien invasion. 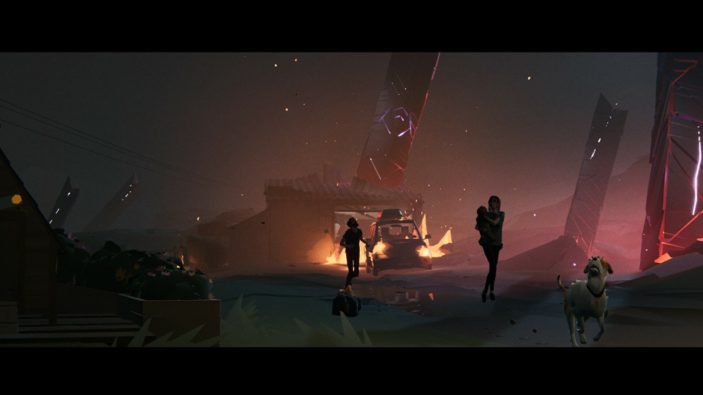 Now it might seem like I’ve taken too much of this review explaining the story, but that’s only the first 5 minutes. The introduction is quite simply one of the strongest, most impactful introductions in recent memory that builds not only an emotional connection to our characters through a complete lack of dialogue, but immediate immersion into the confusion and terror of our protagonist as we too try to unpack the unfolding events. The story itself then follows the aforementioned nameless male protagonist on a journey through the destroyed lands, in a bid to find his family. The less I say about the narrative beyond this point the better, as the remaining beats do give way to both understanding and meaning, in which players may leave with a few interesting theories in mind.

While the 4-5 hour narrative is brisk and focused for the most part, it does lose a little bit of steam in its last act, mainly due to the shift in both ambiguity and direction, where the latter events take precedent over the initial bid to find your family, which I thought felt a little more impactful in its earlier hours. Thanks to its short runtime though, Somerville never overstays its welcome, even if it leaves a few more questions than answers. That belong said, some might want to jump back in for a replay, as Somerville features multiple endings based on certain choices, which seem to have the most sway towards the end of the narrative.

In terms of gameplay, Somerville is relatively straightforward, akin to both Limbo and Inside’s guided narrative. There is a little more room for exploration here through multiple pathways and open areas, but these unfortunately rarely lead to nothing more than a second way forward. Much like Limbo and Inside, Somerville’s puzzles are determined by physics-based gameplay. Along the way, our male protagonist is gifted with various alien elemental abilities, which either soften or harden alien matter, which usually obstruct your desired path. Controlled with each trigger, one of these two abilities sees you melting away or hardening such matter create barriers and platforms to move forward. Each power relies on the use of both light and power, so you’ll either need to find a light source to direct it, or be attached to something like a generator or lamp post, in which your powers pass through into the desired location. 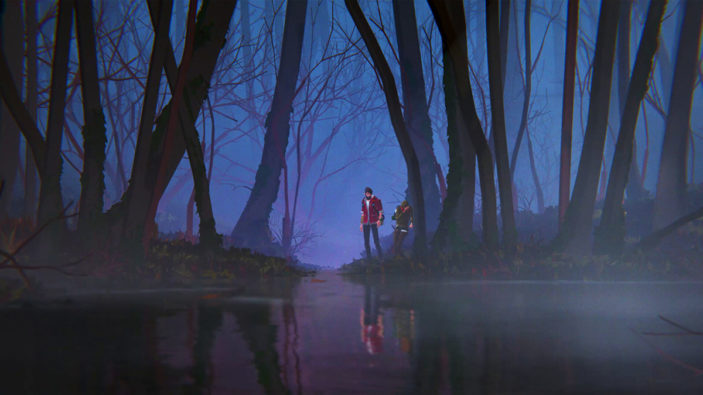 Gameplay is never difficult per se, but does present a fair challenge in the early hours, as you try to figure out your newfound powers, along with our protagonist. The lack of both context and meaning might sound rather confusing, but as its earlier hours are so focused, you’re never too lost or far from a deductible answer. The only gripe I had with the overall gameplay came in Somerville’s latter hours, where both the puzzles and challenges failed to present anything new, particularly at a point where you had mastered your powers, making the last hour or so much easier than the first.

Somerville’s visuals and art style also play a huge part in creating and adding to the charm of the overall experience. The minimalistic approach works in its favour, given the initial drive and focus of the narrative. Our protagonist and his family remain nameless, faceless and voiceless, but the accompanying aspects like a stirring soundtrack and well placed audio cues provide enough of an identifiable connection that it’s feels rather natural. The way the family dog, which accompanies you for the first couple of hours, whimpers when enemies or items of interest are nearby, or barks when he realises he can’t catch up with you, add an emotional layer that keeps you connected and motivated to characters you don’t know from a bar of soap, but can pick out in a crowd.

Overall, Somerville stands as one of the nicer surprises of the year, presenting a heartfelt and focused narrative. While it loses its way towards the end with exceeding ambiguity, its physics-based puzzles and straightforward gameplay keep it all roped together before it ever overstays its welcome. It might not lend itself to multiple play throughs to find each ending, but I would definitely recommend picking it up at least once.