Sniper Elite V2 Remastered is pretty unimpressive to look at. After all, when you’re retooling an already murky shooter from 2012, there’s only so much you can do to improve things. Thankfully, Sniper Elite V2‘s gameplay surpasses its muddy visuals and pushes them to the wayside because looks don’t matter so much when you can literally and figuratively spend the entire game crushing Nazi balls.

You play as sniper Karl Fairburne, a protagonist so personality-free he could easily be mistaken for an NPC were he not placed in the centre of your screen. But while Karl is not important, his guns sure are. It’s World War II and there’s Nazis everywhere, crawling out of every fox hole, burned-out building and tanker for miles around. Your mission, should you choose to accept it: kill all the Nazis. And kill all the Nazis, you shall.

Fairburne has a range of guns at his disposal — big ones, little ones, ones as big as your head. He’s also very good at guns, and shooting someone from a kilometre away is no challenge for our boy. For those who haven’t played any titles in the franchise before, Sniper Elite V2 leans towards the stealth side of the shooter genre, with a pretty slim health meter and instant death awaiting careless soldiers. 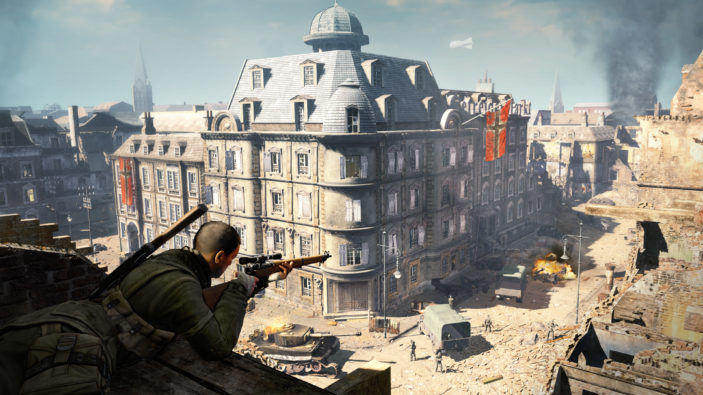 It’s more strategy-based than traditional shooters for that reason — running directly into the line of fire means you’ll last less than a second before being mercilessly shot to pieces. Some people will learn this lesson faster than others (not me, though).

Instead, players are tasked with traversing rocky urban landscapes and battlefields, hiding behind covers and perched awkwardly on rooftops as enemies traipse in and out of sight. Picking off snipers in the far distance first is always a safe bet, but it’s easy to be ambushed on all sides without careful consideration of your position on the battlefield.

The ‘safe bet’ isn’t always best, though, and wily snipers have plenty of options available to them. For example, instead of a rigorously planned strategy of picking off enemy soldiers, you might like to pursue Fairburne’s true calling as a Nazi ball shooter.

See, the best part of the Sniper Elite series isn’t the snappy gameplay, epic visuals or engrossing story (none of which are really up to par), it’s the gruesome, slow-mo gunshots that well-trained snipers can inflict. Lining up just the right shot will trigger a satisfyingly gory action replay of bones shattering, blood spilling and, in rare cases, balls exploding, as your bullet lands. 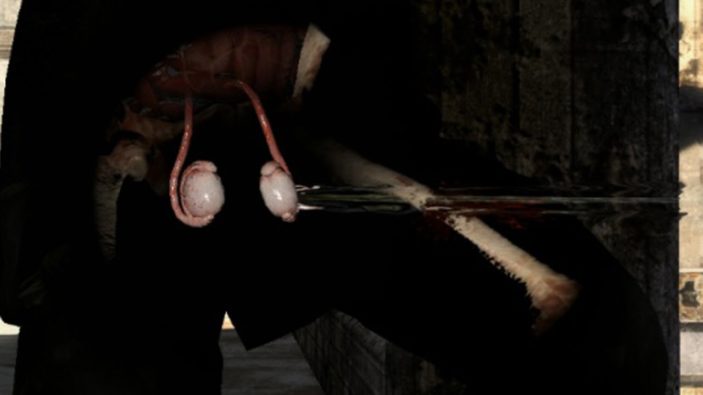 These moments are are so satisfying that I spent my entire playthrough in pursuit of the perfect shot, and instead of taking the logical path and aiming for the head, I took great pleasure in going directly for the gnads. It’s not easy, but boy is it fun!

The Nintendo Switch version isn’t too different to what you’ll find on other consoles, besides a minor visual downgrade (barely noticeable) and new capabilities for motion-controlled shots with the Joycons, but portability is always a welcome addition. With Sniper Elite V2 Remastered, sniping Nazi balls on the go has never been more satisfying!

Sniper Elite V2 Remastered is out now for PlayStation 4, Xbox One, Windows PC and Nintendo Switch. This feature was brought to you by a review copy provided by the publisher.