Samurai Jack’s fifth and final season capped off a magnificent 16 year run, of which many other Cartoon Network shows would have envied over. Being a huge fan of the series, I flinched a little when I saw the reveal of Samurai Jack: Battle Through Time, yet another tie in game that I thought would be doomed to follow in the footsteps of a promising yet forgettable interpretation of its source material; one that can never truly be replicated in the form of a game. On the contrary, Samurai Jack: Battle Through Time managed to surprise me time and time again, piling up an intriguing story on top of functional mechanics, and faithful visuals. Much like the show’s fifth season, this game is no slouch; and it might just be the tie in fans have been looking for. 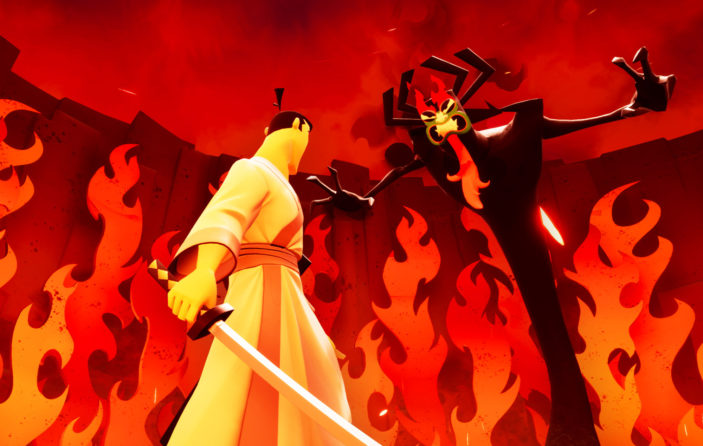 A Story Left to Tell

The first and biggest surprise comes from the fact that Samurai Jack: Battle Through Time takes place after the thrilling finale of the show, as the villainous Aku makes one last effort to disrupt Jack’s return to the present day; and as a result, throwing Jack into various historical periods and scenarios, in which he must relive his greatest battles and defeat Aku once and for all. It’s clear that fans would appreciate many of these iconic representations of encounters, cameos and locations, but those who have not seen the show can latch onto this story all the same, albeit with a lack of context. Battle Through Time tells it’s simplistic story primarily through interlaced cutscenes, all of which are expertly voice acted by the original cast. In a sense, the story ends up playing out more like a greatest hits of Jack’s signature moments, but weaves in an added sense of motivation, in the sense that his journey is almost at its end. Jack must get back to the present day; and much like Jack, that should be our only focus, we only need enjoy the journey. 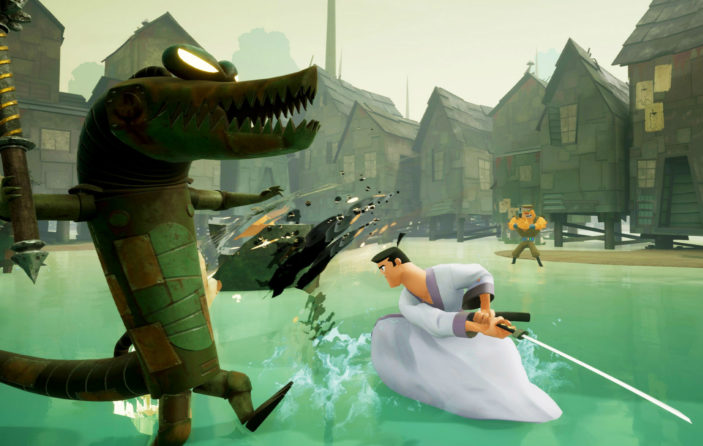 It’s clear that developer Soleil understands the source material, and the visuals are no exception. A distinct difference in animation style would seemingly cause a rift between the two mediums, but Battle Through Time follows through nicely, with clean cut angles, and gorgeous colour palettes, pulled from various locales and character models. Fan favourites such as The Scotsman, Sir Rothchild and Scaramouche make for hilarious and memorable appearances, with the finest details down to the more frequent and common enemies being pulled directly from the show.

Do the Samurai Slash

If the faithful nature of Battle Through Time’s presentation wasn’t enough, the overall gameplay packs a nice punch too. While it plays like your run of the mill third-person action adventure game, combat is fast, fluid and varied. There plenty to utilise, unlock and uncover, with Jack’s arsenal continuously growing and evolving for what feels like the entire narrative. Much like the show, it’s all on display. From swords to spears, hammers, bows and guns, there’s an impressive amount of weaponry for players to experiment with. While I relied on Jack’s trusty Magic Sword, I can at least appreciate the effort to include such options.

The control scheme mimics that of any other conventional hack and slash, as Jack blends light and heavy attacks, all while blocking and dodging about his environment. Sure, none of this is new nor groundbreaking, but players are sure to find comfort in the fact that it’s all incredibly functional, with various upgradable abilities and move sets encouraging a sense of development and experimentation. In saying that however, I would recommend that older audiences select the harder difficulty setting, as the easier difficulty settings tend to rely on button mashing rather than creating a diverse balance between the use of weaponry and relevant abilities, all of which can be purchased and upgraded by speaking this game’s merchant Da Samurai. 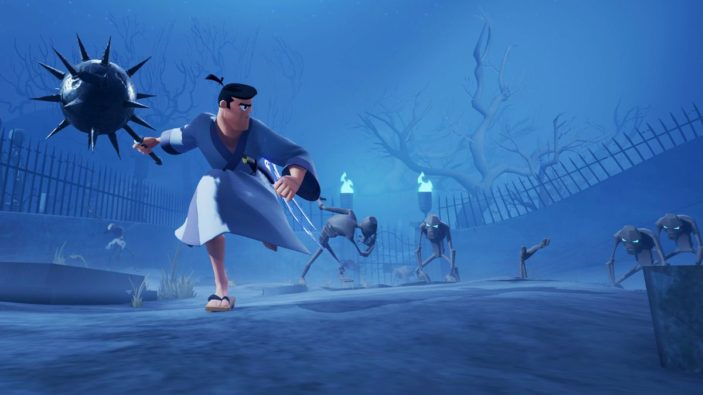 Much like the combat, the rest of the experience prides itself on a sense of variety. Players will be guiding Jack through various environments and time periods, once again all faithfully recreated from the show. The 10 or so hour narrative is admittedly linear, with my only gripe being that it ends with little reason to go back and play it again. It’s not such a bad thing though, as many of Battle Through Time’s yesteryear mechanics and boss fights prove that this linear formula still works, and it’s here to stay. Much of the experience plays out like something you would have played on the Playstation 2 or XBOX, but when it’s as functional, faithful and charming as this, I don’t see the problem. 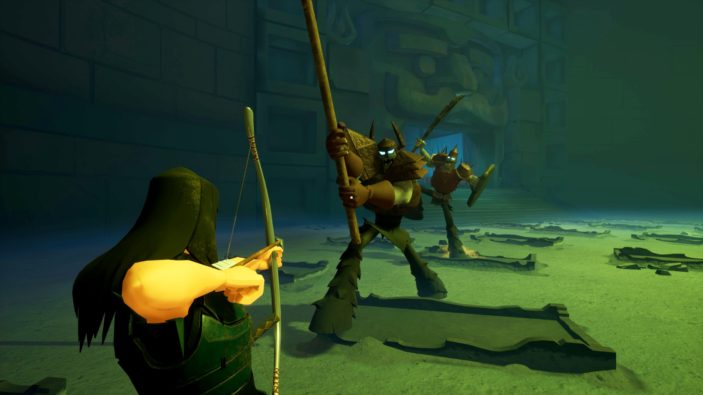 Overall, Samurai Jack: Battle Through Time stands as one of the most impressive, surprising and faithful tie ins in recent memory. While the story favours fans of the show, it’s far from convoluted and provides a satisfying conclusion to Jack’s epic story. Combat is fluid and responsive, and the gorgeous visual style helps recreate many of the humorous moments and memorable locations that the show is responsible for creating. Its structure is linear, and combat on easier difficulties can prove to be a touch repetitive, but when the look and feel of a property of such a fantastic show is so well represented in an interactive medium such as this, it’s hard to be upset. The journey may be over, but fans can rest easy knowing Jack has been honoured.