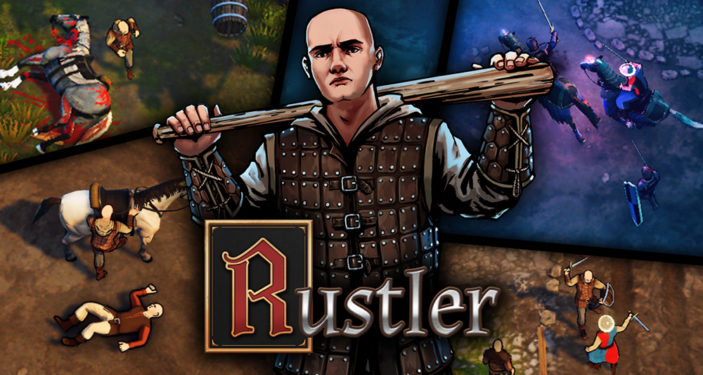 Rustler has been on Steam’s Early Access since February of this year, but has only recently fully-launched. You’re thrown back into the good ol’ medieval days as Guy, who just wants to join the Grand Tournament.

Well, his buddy, Buddy, has forced him to want to. Now, Guy’s also forced to commit all sorts of nefariously hilarious deeds in order to get there. What could go wrong?

Right off the bat, I have to mention just how hilarious this game is. The self-proclaimed “Monty Pythonesque” humour isn’t only within the game’s dialogue, but scattered throughout the game, as well. I may have snort-laughed during my livestream playthrough of the game. Multiple times. There hasn’t been a dull moment yet!

Hot tip: if you’re interested in playing the game, keep an eye out for the High Stakes mission. That’s my absolute favourite quest thus far.

Another thing is how weirdly psychic the game is. Just when I’m about to complain about long travel times, a quick-travel ring appears in my vision. When I’m about to get frustrated about not making enough money, a passive income source appears. It seems that the developers had thought of quite a lot of things… but sadly, not enough. 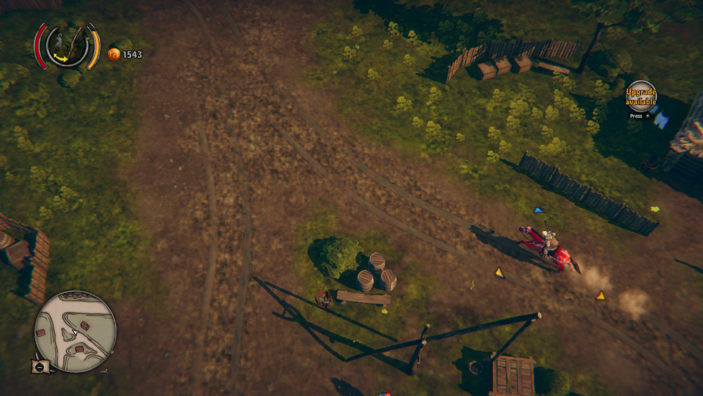 While I’ve so far enjoyed the game, I couldn’t help but notice a lot of quality-of-life things that were just not there.

On top of that, I would have liked map markers. Or, at the very least, know where my homes are, similar to knowing where the next quest is.

Just as I was writing this review, I noticed something rather odd. There’s a “hidden quest” that requires you to scout out various kinds of horses, so I thought I’d head over to a populated road to find them. I discovered that if you stand still, NPCs will just stop spawning.

Unfortunately, the game’s bugginess gets worse as you progress further. I was honestly willing to brush the bugs off at first, but then they started to actually impede on my ability to finish quests. Sometimes I’d find it difficult to reverse my horse to get out of a tight spot, while other times I simply couldn’t get on the horse. Once, I wasted all my crossbow ammo trying, and failing, to trigger an event. If it had just been one or two issues, I wouldn’t have given them a second thought, particularly as it’s an indie title, but they became too much to ignore.

I’m pretty sure these are all fixable issues, and they may only be problems on the Switch, rather than every platform. But they’re just some potential things to be aware of while you’re wreaking havoc.

Rustler is chock-full of cheeky humour (I genuinely don’t think I’ve laughed this hard at a game in a long time), served alongside a decent portion of violence. Despite the faults, it’s a great throwback to the classic Grand Theft Auto games, and I’m keen on looking where the journey takes me – though, I’m probably not going to stream it again, which is a shame, really, as I had so much fun with it at first.

All in all, if you’ve been looking for a 3D-style throwback to the original Grand Theft Auto, then Rustler is for you. Just… remember to breathe.

Review conducted on Nintendo Switch with a code provided by the publisher. Catch Jasmin playing Rustler and more on Twitch—Tuesdays & Thursdays starting at 2PM AEST!