Review: Story of Seasons: Friends of Mineral Town takes you back on the Switch… in 3D!

Harvest Moon was the shiz when I was growing up, I played the very first Game Boy version and basically played every handheld iteration afterwards. I loved that game to bits and it’s no wonder that I was immediately drawn to Stardew Valley.

Now reverting back to its original Japanese name, Story of Seasons released on the Switch and PC early in July. I was a little scared to jump into it because of the horrible path Harvest Moon went down…but let’s jump into it anyway. 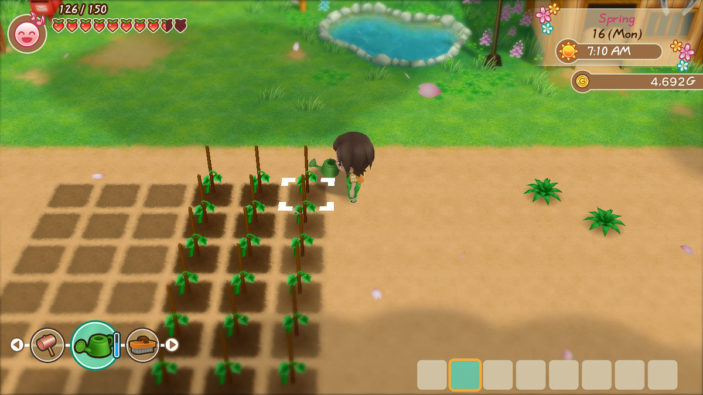 Moo moo, skip to my moo

Story of Seasons is a complete remake of the Harvest Moon game that was on the Gameboy Advance. Instead of pixel art, everything has been moved over to 3D, except for character profiles which are drawn in classic anime style. I’m not too sure how I feel about that, though. I’ve always been a massive fan of pixel art and never liked the 3D art style the series went down as the years went by.

Otherwise, basically, every aspect of the game is the same. You inherit your farm from your late gramps in Mineral Town and are set to task to bring it back to its former glory. There’s not really an end-game here, unlike with Stardew Valley where gramps “comes back”.

I shit you not, it takes SO long to level up your Tools. You’ll earn “Tool EXP” easy enough with the mess on your farm. But it’s mostly because at the start you take a whole month to earn the money to even afford the upgrade!

Time flies like it’s overdosing on NZT-48. One moment, you’re starting your day and the next thing you know, it’s nighttime. At first, I thought it might have been because I’m too used to Animal Crossing‘s real-time system but I feel like Stardew Valley goes at half the pace Story of Seasons does. (It doesn’t)

Speedy time plus a quickly depleting Stamina bar makes it feel like you can’t do much during the day. Yes, you can use the Hot Spring or eat foods to replenish your Stamina but that doesn’t give you much time to do much else in your day. I’ve not yet discovered how to gain Stamina, even after a month of sporadic playing.

Though, as soon as you’re able to “hire” the Nature Sprites (and afford lots of food), this doesn’t become too big of an issue. 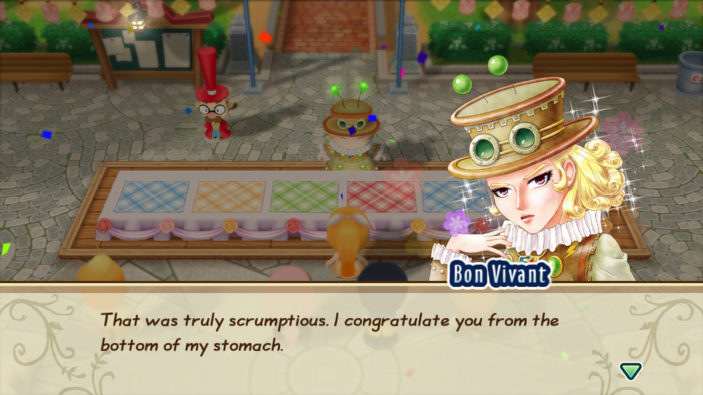 I’ve run out of farmer-song puns

There are a few new bachelors and bachelorettes in town that you can romance depending on the gender of your player. There’s Jennifer, a free-spirited hippie chick who lives in a tent in the forest (a bit like Linus but less rugged and also a girl), and Brandon, an “artistE” with a capital E who lives with Gotts, Mineral Town’s handyman.

Surprisingly, you’re able to get into a bit of LGBT romancing in Friends of Mineral Town, though that means you’ll have a lot more rivals to worry about too. You can also become BFFs with anyone that you don’t (or can’t) marry, though there’s not really a benefit to that.

Throughout your farmer journey, you’ll also be able to befriend Nature Sprites. Once you’ve got that heart level up, they’ll make your farmer life a heckuva lot easier. They’ll water and harvest your crops, as well as take care of your animals. I’ve forgotten how much I love those little guys!

Won’t you take me down to Mineral Town?

I personally don’t know how to feel about Story of Seasons. It’s not giving me the same mushy feeling as the Game Boy versions had, so many years ago. This, despite everything about the gameplay being pretty much the same as every other iteration before.

I do enjoy the game, though. Just not as much as I thought I would, considering how much I love Stardew Valley. I’m surprised that a Japanese-made game would even add LGBT romancing into their gameplay, but here we are.

Should you get it? It’s completely up to you. If you’ve always wondered what Harvest Moon was all about, then I say go for it. Although in my honest opinion, Story of Seasons lacks certain flavours that Stardew Valley has although, at its roots, the games are the same. And that makes it just average to me.