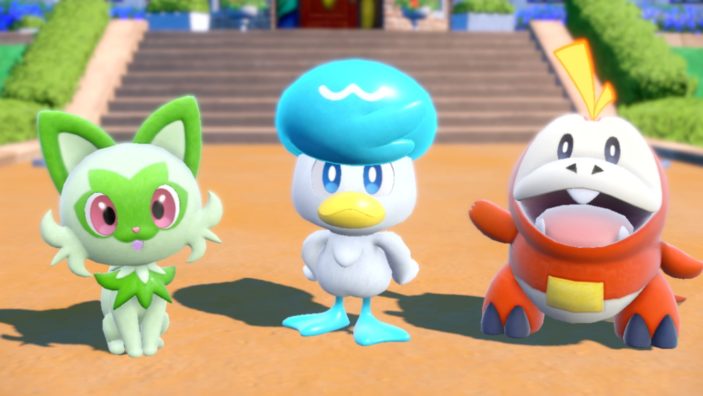 For better or worse, Pokémon games have stuck to a both formula and style over the last 10 years. While many spin-offs and side games have attempted to that attempt to deepen and swerve that formula in a new direction, Pokémon Scarlet and Pokémon Violet are offering a huge step forward for the series in terms of gameplay, new gyms, leader bosses and Pokémon assist buddies, which you can now ride instead of your trusty bike. While all of these updates do present this game in a fresh light, it’s hard to deny some significant performance issues that cause crashes and interruptions at every turn.

The game is set in the Paldea region and while claiming to be open world, is well about as open world as a Pokémon game has ever been. That being said, the returning structure of needing to collect eight gym badges from eight leaders is still an integral part of the story. Before you can face these opponents, you’ll need to travel around the region, training and fighting your collection of Pokémon, while trying to fill out your Pokedex and collect as many Pokémon as possible. You can still only have six Pokémon in your bag at any time, with additional Pokémon heading into storage as your Pokedex is updated. The days of “Gotta’ Catch Them All” are still echoed in this game, but it’s not quite as prevalent in Pokémon Scarlet. 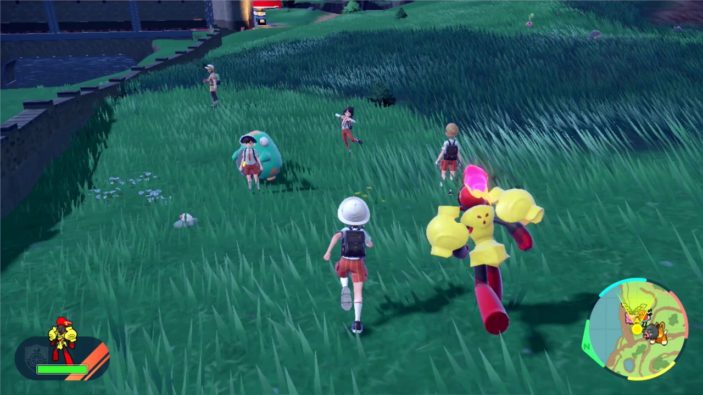 The terrain is complete with grassy countryside hills, dark caves, winding rivers and sandy beaches that make travelling through the region a varied and interesting experience. But due to the consistent performance issues and atrocious texture pop-ins, it can be difficult to avoid wild Pokémon on your term. Although I played this on the latest OLED model Nintendo Switch, I feel there’s no avoiding the lengthy load times. The frame rate is also poor, constantly dropping and stuttering, proving once again that the Switch is due for a major upgrade for developers to keep innovating their franchises and keeping them fresh.

Keeping in theme with these bugs, the environments themselves look like they are blocky and straight out of Super Mario 64, a game from over two decades ago. The Switch has shown that it can deliver solid environments in games like Xenoblade Chronicles 3, so while the aging Switch hardware is partly to blame, there is definitely an opportunity for it to look and somewhat respectable. 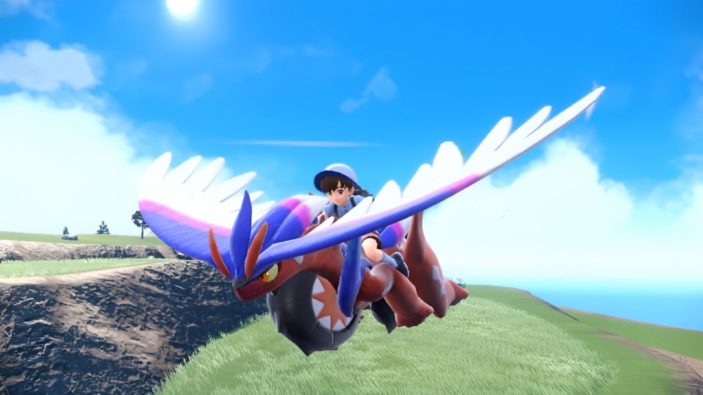 The main story is titled Victory Road, and re-treads the path to defeating the gym leaders and the Elite Four, while being able to simultaneously work through the other two play paths Starfall Street and Path of Legends. These feel heavily influenced by Pokémon Legends: Arceus, as larger versions of your Pokémon face off. In Path of Legends, you’ll battle various Titans, culminating in unlocking a new skill (take my advice, do this as quick as you can as the ability to swim, glide etc makes travelling much easier!). Be warned though, as the Titans are incredibly strong; but when you finally defeat all five, you’ll gain much needed access to five powerful herbs that will help your Pokémon grow, in addition to access to areas you weren’t previously able to explore.

Team Star serve as the unofficial villains of the game, as the Starfall Street storyline sees you attempting to break up Team Star, who are trying to force new trainers into their ranks. The more leaders your defeat, the more you’ll discover about the team and their questionable motivations. Following this path will allow your Pokémon to learn new moves and become stronger, providing you with currency to access special upgrades.

When you complete the entirety of the storylines, you’ll unlock The Way Home, providing a beefy amount of context around characters and their past. I don’t want to reveal too much about this storyline as it leans heavily into spoiler territory, but it’s ultimately worth getting around to at some point. It wouldn’t be a new Pokémon game without some new starter Pokémon to choose from- and become obsessed with. This time around, players can choose between Fuecoco (Fire type), Sprigatito (Grass Type) and Quaxly (Water type). I chose Quaxly, who was aptly renamed to Donald, a necessary decision based on my preference for water-type Pokémon and obsession with his incredible blue wavy hair. Very early on in the game, you’ll meet Koraidon in a dark infested cave, who soon becomes your mode of transportation. If you are hoping for a boost or fast mode, travel is unfortunately locked to the one speed. Thankfully, the controls are quite easy to grasp, helping maintain a special connection to the other creatures in the game.

Pokémon Scarlet takes a brave step forward by trying to pull the series further into the open-world, even if its uneven graphics and unreliable performance hold it back, making it feel like a game from a previous generation of consoles. While this is the first Pokémon game I have played to completion on the Switch system, both the story and sheer range of different Pokémon to collect, along with the three different stories, certainly kept my attention. It may not be the best in its class, but does however offer a great set of stories and some of the best starters in recent history.

Review conducted on Nintendo Switch with a release code provided by the publisher.