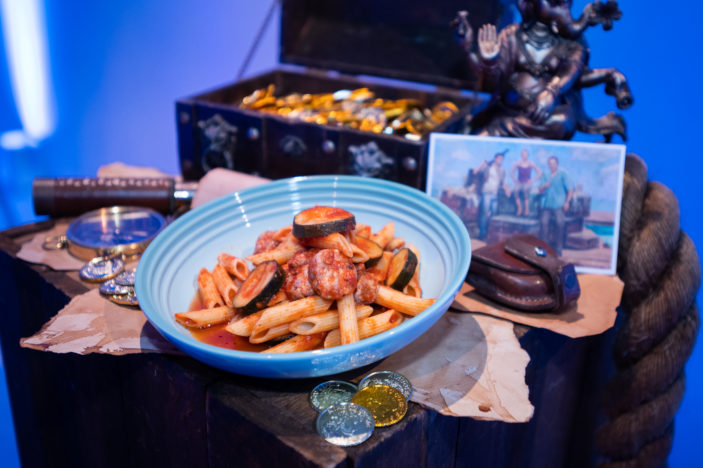 Gaming fans and foodies alike can rejoice as PlayStation launches PlayStation to Plate, giving Aussies across Sydney and Melbourne a taste of the many exclusives the platform has to offer. From 3 December, three restaurants will bring to life meals inspired by classic franchises including The Last of Us, Ratchet and Clank and Uncharted.

Dish 1: Ellie’s Steak Sandwich (The Last of Us Part II)

The iconic burger house Mary’s will be recreating Ellie’s Steak sandwich, a meal that actually appears in-game. After huge demand across blog-based recipes and online videos, Mary’s co-founders Kenny Graham and Jake Smyth admitted that they sandwich stands for exactly what Mary’s does; safe haven from the outside world.

Kenny Graham commented on the news, stating “Food, much like gaming has this incredible ability to offer people a chance to escape the mundane and connect with family, friends and even complete strangers. The sandwich in The Last of Us Part II represents that connection and that’s what we’ve been about since we started: bringing people together for good times and good food.”

What better way to represent the diverse and colourful worlds of Ratchet & Clank: Rift Apart than with a Sirangian Honey Mousse? Morgan Hipworth began his journey at the age of 13, creating Bistro Morgan in the process. The Melbourne bakery now stands as one of the most popular in the city, and a must visit for any fan of the franchise, as Morgan sets out to recreate Chef Tulio’s Sirangian Honey Mousse.

Morgan spoke of his inspiration, stating “Food is an intrinsic part of Aussie culture, and there is no question that our relationship with it has grown deeply over the past coupe of years. There are so many synergies with the gaming world: At the core, both have an innate ability to instantly transport you to another place or time, or hopefully in this case another dimension!”

Newtown’s The Italian Bowl has decided to recreate Nathan and Elena’s home cooked meal, aptly named Thief’s Pasta. The Italian culture encourages bonding and socialisation through food, a moment highlighted in the game’s opening scenes. As Nate and Elena bond by talking about their day over a plate of pasta, it might just be a reminder for us to do the same.

“Running a restaurant for over a decade, you see the power of food and its importance in Australian culture. It’s been eye-opening to learn how important digital dishes play in the storytelling within games and how equally important they can be”, commented Alexi Spyridis, owner of The Italian Bowl.

Each participating restaurant will offer their exclusive meals from 3 December through to 13 December both in-house and online via Deliveroo.