Final Fantasy X is often spoken of in the same breath as the phrase, ‘the best game of all time.’ Released in 2001, it was the first Final Fantasy title to receive a sequel, and both games have since been remastered for new audiences in the Final Fantasy X/X-2 HD Remaster bundle.

Originally released for PlayStation 3 and PS Vita in 2013, this bundle has now been ported to PlayStation 4, Windows PC, Xbox One and Nintendo Switch. It was the Switch version that I recently found myself playing, and it had me thinking — in 2019, is Final Fantasy X still one of the best games of all time?

When reviewing any port or remaster, it’s important to consider that the game is a direct result of its context and place in history. In 2001, gaming was entering a boom period, with a host of now long-running franchises entering the collective conscious. It was the age of Max Payne, Jak and Daxter and Devil May Cry, of the genre-defining Metal Gear Solid 2 and the ground-breaking Grand Theft Auto III. Gaming was thriving, and so was Final Fantasy. 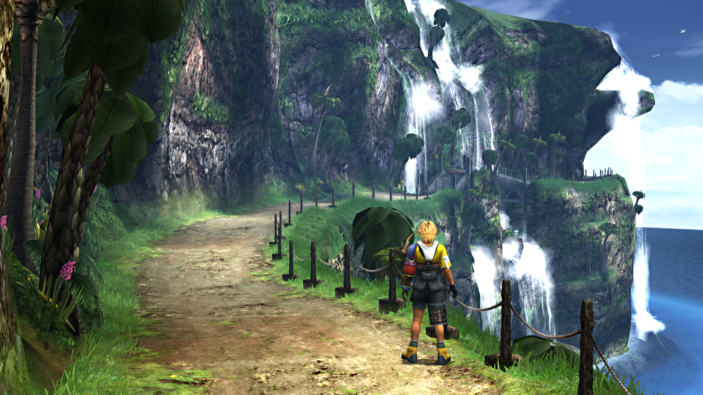 Final Fantasy X marked the first time that the franchise was rendered in full-3D, lacking the pre-rendered backdrops of past titles. It represented a significant technological leap forward for the games industry as hardware and software alike finally started keeping pace with directorial vision.

The scale and ideas behind Final Fantasy X are still phenomenal today, that much is clear, and the remaster has done a fantastic job of boosting the vision behind the game. But it is also definitely a product of its time.

Set in the world of Spira, Final Fantasy X features star blitzball player Tidus on a fish-out-of-water journey from his home town of Zanarkand as he tries to make sense of a new and unfamiliar world, 1000 years away from the life he’s known. 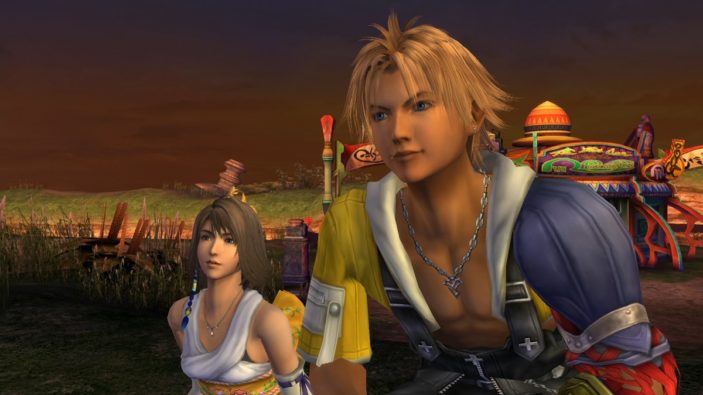 Tidus is everything considered ‘cool’ in the early 2000s, from his surfer-chic looks to his baggy, uneven shorts and pop-punk wallet chains. His companions share similarly early 2000s aesthetics, all of them sporting enough chains, pockets and buckles to sink a battleship. But for all its outlandishness, the aesthetic still works, and helps to carve out a unique identity for the folks of Spira.

Final Fantasy X stands out because it doesn’t feel like a Final Fantasy game at all. While it has all the familiar trappings of the franchise — from a dark entity attempting to take over the world to a merry band of adventurers fighting for a cause — it feels unique amongst other games in the series.

Unlike the stalwart and headstrong warriors of past (and future) Final Fantasy titles, Tidus is a reluctant hero. In fact, he’s not a hero at all — he’s a famous sports star, ripped from his life of blitzball glory. When he’s given a sword for the first time, he fumbles and falls. He’s human, and in a franchise that’s so often over the top, loud and brash, Tidus lack of preparedness comes as a welcome relief.

But while the unique characters and world stand the test of time, making a solid case for Final Fantasy X‘s place in the gaming hall of fame, the same can’t be said for the gameplay itself. 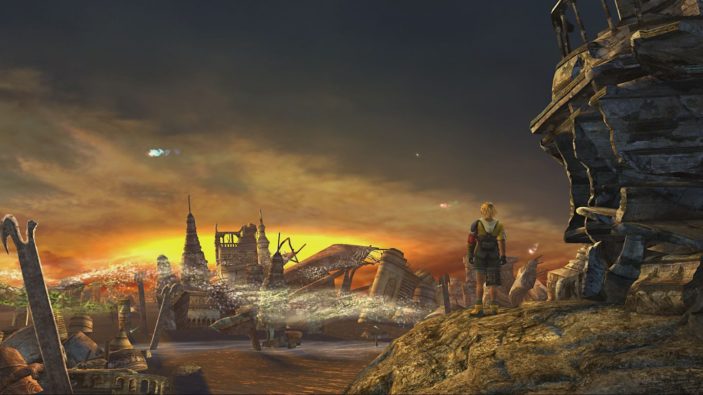 In 2019, gamers are spoiled rotten. There’s brilliant new games every second week. Open worlds are no longer a technical marvel, but a requirement. Games have more polygons than you can shake a stick at, and realism is more immersive than ever. So why do we keep coming back to the classics — and is it more than just simple nostalgia?

The first thing I noticed about Final Fantasy X when I started my playthrough was a fairly common bugbear for early 2000s titles — a camera that wouldn’t sit still. The shift from pre-rendered 2D backgrounds to full 3D wasn’t without its challenges, and each scene that Tidus passes through happens from a different camera angle.

This means travelling across a single bridge can happen over three different shots. It makes the gameplay feel extremely choppy, particularly when the camera angle changes, reorienting the movement controls to suit, and suddenly your’re heading in the opposite direction, trapping you in a single doorway to a new room and one you’re now enterting for the third time. While the worlds you’re travelling through are undoubtedly gorgeous, it’s a massive and frustrating distraction to have your view tossed about so often.

When you’re not trying to wade your way through the chop-and-change landscapes, you’re being bombarded with random enemy encounters that feature now-unimaginitive turn-based combat. While I personally don’t enjoy turn-based strategy combat, there’s room for it to be done well. Persona 5‘s flashy, ever-changing style leaps to mind — but none of that panache is found here. 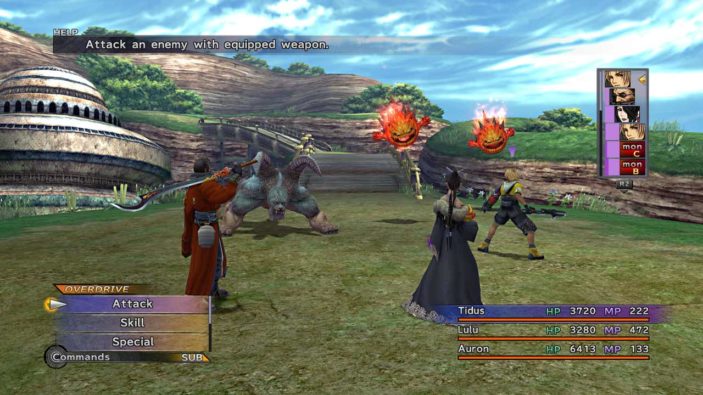 Instead, combat is by-the-numbers. Click here, select that – use a potion, revive your useless friends. It might feel sacrilegious to say that in the modern age of gaming,  but it’s dull as dishwater, and slow enough to be a bore. While there’s plentiful customisation and a familiar (now common) skill tree, bare animations do little to make the combat exciting or engaging.

Playing Final Fantasy X in 2019 is a fascinating experience, because it reveals so much about the gaming of futures past. When it first released, Final Fantasy X was the pinnacle of RPG design, a shiny beacon beckoning the industry toward a hopeful future. It’s ambitious and forward-thinking. It’s an icon of the shift in gaming, and all the ways it’s changed. But in 2019, it’s almost a relic. Hampered by weak combat and poor camera movement, it’s hard to enjoy the game as a newcomer.

It begs the question — did we really need another remaster of Final Fantasy X and X-2 when gaming is so spoiled for choice? I’ll leave that up to you to decide, but in my opinion, sometimes it’s best to just move on.

The Final Fantasy X/X-2 HD Collection is out now on PlayStation 4, Xbox One and Nintendo Switch.

This feature was brought to you by a Nintendo Switch retail copy provided by the folks at Bandai Namco Entertainment.