PGA Tour 2K23 Review: The Edge of the Fairway 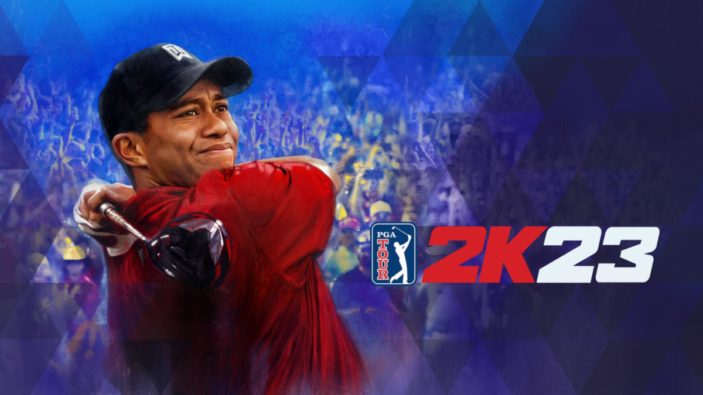 Let’s get this out of the way; I’m not a huge fan of golf. But in recent years, I’ve most definitely come to respect the sport. I now realise, I might never have been a huge fan in the first place, simply because I can’t swing a club to save my life. That being said, PGA Tour 2K23 has returned to our living rooms after a brief hiatus, having refined certain aspects of the previous entry, PGA Tour 2K21, all while remaining steady in relation to the successes and aspects that made it enjoyable in the first place. On the other hand, PGA Tour 2K23 hasn’t taken any major strides forward, with the addition of the three-click swing system and Topgolf modes doing little to revolutionise the series at this point in time. Don’t get me wrong, PGA Tour 2K23 does a lot of things right and the re-introduction of Tiger Woods only feels natural; but don’t expect it to draw you in any deeper than the last entry did, be it for better or worse.

A Trip to the Green

My opening moments with PGA Tour 2K23 felt somewhat comforting, like an old friend I hadn’t seen in a couple of years, calling me to catch up for a round of sport I hadn’t played in an equally long period of time. We may have hit things off via an extensive tutorial that aims to take you through the basics of the sport and the various shots and clubs associated with certain situations. But it might have felt a little too familiar. From the identical HUD and presentation of the overall mechanics, I felt myself questioning exactly how the experience had developed in any new and meaningful ways.

If you had played PGA Tour 2K21, developer HB Studios’ latest iteration plays almost exactly as you’d expect. I must say however, that the analogue stick swinging system still plays like a dream. It’s entirely accessible with only two movements of either the left or right analogue stick, as you pull back to initiate the swing and push forward in order to follow through. It’s admittedly standard fare for anyone who had played a golf game in the last two decades, but introduces a number of nuances that make every swing feel like a true extension of your hand, as the club would feel to the golfer. Your swings are associated with a swing path, which prompts you to push the stick forward with the right direction and timing for the optimal shot. Too slow, and you’ll lack any power needed to make it onto the fairway. Too fast and you’ll more than likely hook or slice in one direction or another, punishing overzealous power with an uncontrollable lack of accuracy. At this point in time, I would think most fans of golfing games opt for this control scheme. 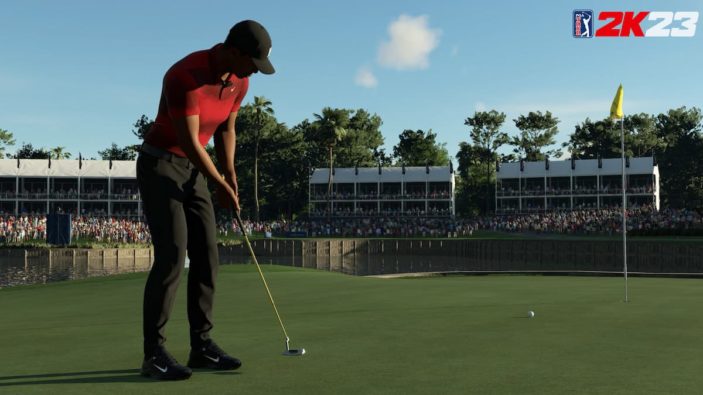 The introduction of the three-click swing system feels a little more like a topic of debate. The system has been used in previous golfing games like Everybody Loves Golf, in which three single well-timed button presses account for a shot’s power, path direction and club face accuracy. You’ll hold down the swing button for each of these stages, releasing the button at the optimal point for the best chance at a clean shot. The overall difficulty of this mechanic can be adjusted, but it feels almost pointless for anyone who is invested in the PGA Tour 2K series or golfing games in general, taking away much of the challenge and satisfaction that comes with a well-timed shot from the analogue stick swing system. In fact, I would encourage any player, both casual or hardcore, to adapt to the analogue-based system to enjoy the true charm of the sport.

Players can take to the course via various modes, from casual rounds, to the more traditional MyCAREER modes and the all-new Topgolf mode. The MyCAREER mode is without a doubt the most robust, and will remain a point of call for the most dedicated players in the long run. You’ll get the chance to create a custom MyPLAYER and take on fictional rivals throughout a combination of real and fictional tournaments and courses. The level of customisation on offer here is decent, and I wouldn’t be surprised if I eventually meet a few more extravagant MyPLAYER characters online down the track.

The gameplay loop of the MyCAREER mode itself is quite basic; compete in tournaments against certain rivals in order to gain exposure, experience points and overall success. Along the way, you’ll also get the chance to craft the type of golfer you want to be, adapting a certain archetype which will shape your general style of play. Be it a ‘powerhouse’ driver off the tee, or a well placed ‘sculptor’ of closer shots onto the putting green, one would liken this approach to NBA 2K’s player builds which compare you to certain players based on your attributes and skills. It does definitely shape the way you play, but never deters you from becoming the perfect all-rounder in any meaningful way, instead boosting certain attributes from the very start of your career.

As mentioned in our preview piece, “Your skills and general progression ultimately come down to your proficiency with the mechanics themselves as opposed to the lack of badges, upgrades and experience points. As you would expect, they still do play a factor here, as experience points can be allocated to upgrade and customisation options alike, but it’s the Fittings which play an integral part. These item-specific perks can be assigned to your player and swapped out at will, seemingly taking the place of NBA 2K’s Badge system.” Thankfully, this system highlights the nature of dedication via gameplay as opposed to NBA 2K’s heavily favoured VC system which encourages you to dig deep into your wallets. For the most part, your wallet will only be affected if you wish to partake in the cosmetic side of PGA Tour 2K23. Fittings also play a factor in the overall experience, acting as certain situational perks that can be applied to certain clubs and activated on command for the added edge. You never feel like you’re out of play or too far from the perfect shot, with fittings acting as a minor crutch in sticky situations. 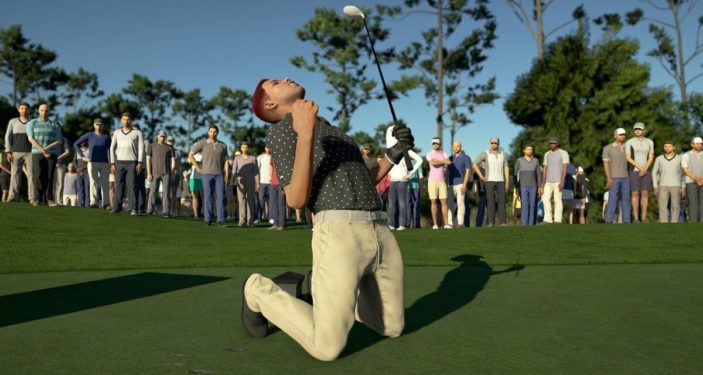 With a range of 20 real-life course in addition to player-created ones made available in the coming months, I have no doubt that PGA Tour 2K23 will grow in the right direction. The Course Creator is incredibly user-friendly and robust, with all assets and options available to you as soon as you jump in. The remaining modes however, lack much of the substance that the MyCAREER mode provides. The addition of the Topgolf mode sees players taking to the driving range for arcade fun. Much like the real life attraction, players must aim for and hit targets in order to rack up the most points. It’s relatively straightforward and serves either locally or online, as a casual party-based way to kill time, or to practice your swing away from the seriousness that is the MyCAREER mode, free of true consequence.

While all these modes combine for a generally enjoyable experience, there are aspects that frustrate on occasion. They never truly detract from the overall experience, but things like random commentary and awkward replays break the immersion that PGA Tour 2K23 otherwise provides. Too often do commentators suggest that a particular shot or ball will not make the fairway, when it’s obviously on track to land there. They’ll also comment on the verge of a perfect shot, brimming with excitement and building my hopes up, only to not address the fact that I’ve ever so slightly missed the hole on an epic putt. Thanks guys. Replays also frequently fail to show proper angles of stellar shots, instead zooming on a lifeless reaction of your player as they stare in the distance, seemingly waiting for nothing. It simply feels like a stark contrast to the slick visuals and general authenticity of the gameplay mechanics.

Overall, PGA Tour 2K23 is a solid and functional golfing experience, even if it can only be considered a minor step forward for the series. The addition of the three-click swing system and Topgolf modes do little to shake things up, even if the general moment-to-moment gameplay and analogue stick-based swinging mechanics feel so satisfying. Small annoyances like the wonky commentary and pointless replays detract slightly from the overall experience due to their consistency. However, most golfing fans will still find a solid experience at the core of PGA Tour 2K23, and with the robust course creator providing virtually endless option for new user-created courses, I can only hope that the series continues to grow in the right direction.