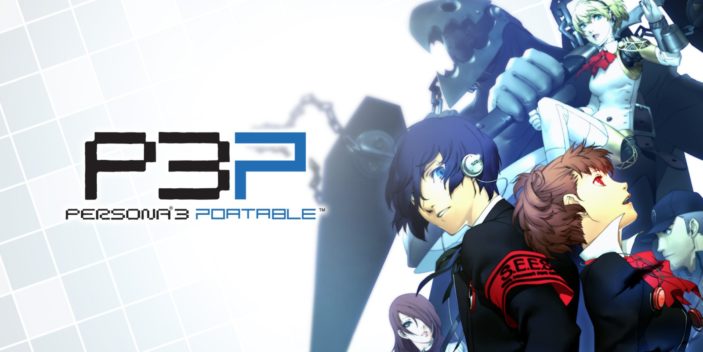 While Persona 4 Golden stands as one of my favourite JRPG titles of all time, I feel as though I never gave Persona 3 Portable a fair chance. This time around, I was delighted to find that this entry holds up in many ways, thanks to its deep and nuanced combat and dark story, even if its themes and general structure show slight signs of age. Originally released in 2007 on the PlayStation 2, Persona 3 Portable’s 2009 PlayStation Portable release finetuned many of the visual flaws and grips many had with that original release. That being said, aside from a broad visual polish, Persona 3 Portable is very much the same game released in 2009, for better or worse.

Persona 3 Portable gives players the welcome addition to choose a female protagonist, as opposed to the original’s decidedly male dual protagonists, which felt rather bland and lifeless. This time around, her dialogue feels bubbly and lively, adding a layer of parody and variety to an admittedly dark story. While Persona 4 Golden deals with a story about murder through the premonitions of a creepy TV channel, Persona 3 Portable also deals with creepy supernatural events taking place at midnight. The Dark Hour turns people into glowing coffins while those who have access to Personas do what they please without any interference. In addition to this, the actions and gestures in which users summon their personas also feel a little grim, stirring up images of potential suicide, which some viewers may find rather distressing, and shows how the times have indeed changed since Persona 3 Portable’s initial release. 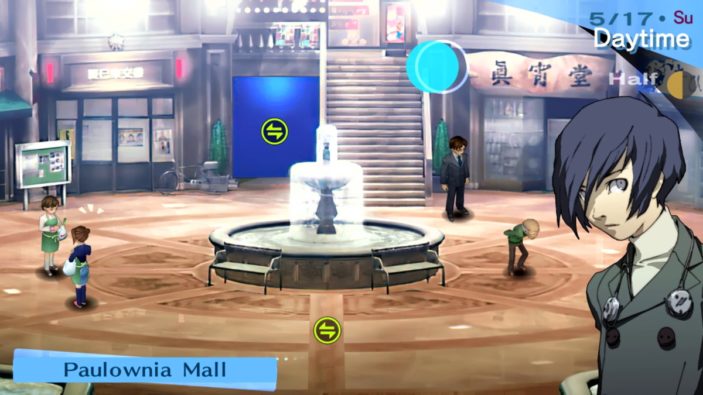 The Tartarus serves as the dungeon tower for Persona 3 Portable, in which personas can visit during the Dark Hour. You’ll climb the tower and its floors, taking on enemies known as Shadows in order to gain enough experience and power to take on larger epic boss battles which occur at a certain time of the month, usually on the night of a full moon. Unlike Persona 4 Golden’s version of the Tartarus which thematically changes based on the victim at hand, Persona 3 Portable’s grind feels a little more taxing, simply due to the lack of visual variety.

Into the Breach… Once More

Combat feels exactly that same as it did back in 2009. It’s still incredibly satisfying and nuanced thanks to the various skills associated with personas, but does succumb to the grind of the overall structure as you dive in and out of the Tartarus to fight the same types of enemies before ethe impending boss battle which propel the story forward. But given the Tartarus is the only place you are able to freely move about environments and explore, this makes life on the other side in Gekkoukan High feel a little bland. You’ll control a basic cursor and select where to go and who to see. Conversations and activities outside of the Tartarus are also a little more basic and a little awkward compared to those featured in Persona 4 Golden, but do add another layer of depth and versatility when combat feels a little too repetitive. 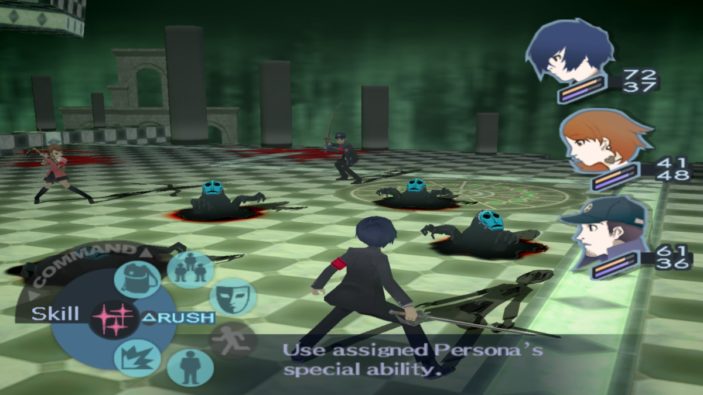 Besides working in cafes, chatting to friends and studying, it’s clear that the series had these ideas in mind, but were yet to push them toward their true potential. The lack of depth when it comes to side content does push the main story forward with a more consistent sense of pace, but it does highlight entries that have released since Persona 3 Portable, that leave me yearning for deeper conversations, options for new romances and the feeling that additional same-sex relationships could have been implemented along with the additional of a female protagonist to strength the void that many would feel after diving back into this after playing Persona 4 Golden and Persona 5 Royal. Having to manage three traits instead of five feels a little easier, with courage, academics and charm guiding most of your extracurricular activities.

Visual polish and general tweaks do help Persona 3 Portable in some aspects, as its visuals admittedly keep it from feeling as dated as much as everything else ultimately does. But at the same time, colours now feel like they pop a little more, and general edges feel a little sharper as a result.

While I’ve been hounding Persona 3 Portable for its dated themes and structure, make no mistake; there’s a great JRPG at the core. It’s admittedly hard to recommend this to newcomers especially when the next chapter feels much less dated, but still serves as a worthy chapter within the franchise, complete with an engaging story and functional combat. While I wish there was more to do outside of the Tartarus, I’m glad I dipped back in for the ride it deserved.