PAX Aus 2018: ZeniMax’s Matt Firor Talks The Future of The Elder Scrolls Online and How Fans have Shaped the Franchise

The Elder Scrolls Online, first launched in 2014, has leapt from strength to strength in recent years having since launched multiple new content packs, including the gargantuan Morrowind and Summerset expansions in 2017 and 2018 respectively. At PAX Australia, we had the chance to sit down with Elder Scrolls Online’s Game Director, Matt Firor, to chat about the success of the game and how fan passion has driven its continued evolution.

The Elder Scrolls Online had a rocky path to success and faced criticism from the franchise’s fan base. Among the complaints were that the game didn’t feel like an Elder Scrolls title, there was too much player separation, and that quest lines were extremely restrictive.

Firor says that these criticisms were immediately taken to heart. “We spent a lot of time after the initial launch responding to the sceptical crowd, and changing the game to make is feel… more inclusive, less arbitrary… we did a whole year’s worth of development to fix and address those problems.” 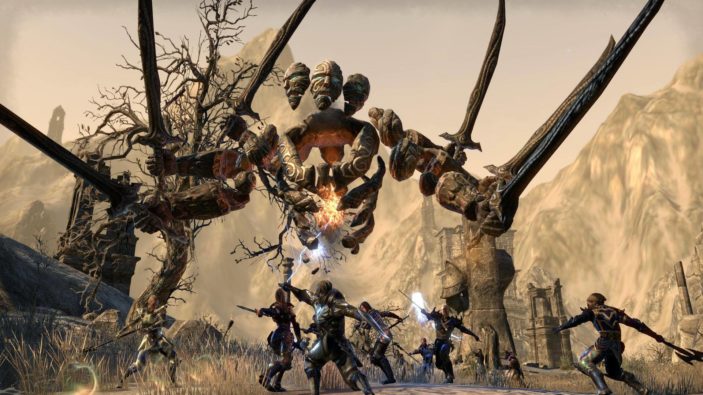 Addressing fan concerns and allowing them to become active within the development cycle has enabled The Elder Scrolls Online to directly incorporate fan feedback, and become a more rounded, accessible game because of it.

Firor credits this feedback loop with shaping important changes in the game. The most important thing as a developer, he says, is that, “maybe you don’t make the right decisions all the time, but you care and you are willing to put in the work to make the game better over the long run.”

Another core concern among fans was that the game remained accurated to existing Elder Scrolls lore. Firor describes this as a complicated process, but one that has become smoother and easier over the years. “We were the first external studio to develop an Elder Scrolls game,” he explains. “We had to figure this out with Bethesda Games Studios”

The solution lay in Lawrence Schick, who became the Loremaster for ZeniMax Online Studios. His job was to work with Bethesda to be the pipeline of information between the development team and ZeniMax’s storytellers to ensure stories, myths, timelines and even name spelling was accurate across the franchise. 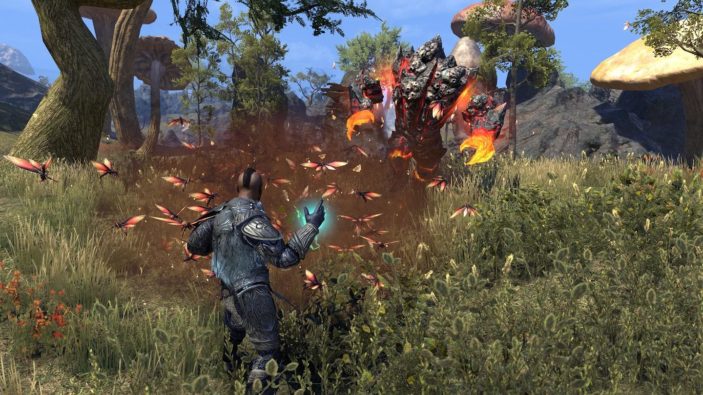 It’s clear that Firor’s passion for development extends beyond the game, and his enthusiasm for the franchise and its fans is clear. Time and circumstance led me to share a very pleasant lunch with him among other Elder Scrolls fans during PAX Australia – and it turned out to be a very pleasant affair. It’s a rare thing for a developer to be so willing to share their time with fans, but Firor spent the lunch chatting all things Elder Scrolls and more.

He continued to share these passions throughout our interview, enthusing about the music of the game, and how storytelling has strengthened the world of the game. For those just starting out in the world, Firor states that now is the best time to get out there and start exploring. “Our new content just gets better and better. Because we don’t have levels, new players can play the best content first. I’d say look at the story in front of you and don’t go crazy trying to do everything.”

There are plentiful choices to make in The Elder Scrolls Online, but as he explains, “There are almost no decisions in ESO in the beginning of the game that you can’t correct later on… New players can just experiment and have fun.”

Firor’s own character is a Breton Nightblade in the Dagerfall Covenant, although he’s played every class, and has multiple characters across the development, playtest and live servers. Even as a key player in the creation of The Elder Scrolls, Firor’s enthusiasm has yet to wane, and when he talks of the game there’s still a light in his eyes and a passion that’s refreshing to see.

Keeping the game running is an excercise in co-ordination, according to Firor, with multiple moving parts. “It’s not just the game development side. It’s the IT side, making sure that the servers are up and that the patcher works. We’re working with Microsoft and Sony… It’s really a big feat of co-ordination… It hasn’t always been this smooth.” The sheer number of bodies required to keep the game running is surprising, which is part of what makes the game’s continued success so impressive.

Despite the relatively short shelf life of most mainstream online games, the future of the game has been mapped out for years to come. “We know where we’re going next year already. The year after that, we’re already designing and we’re pretty sure we know what we’re doing the year after that,” Firor explains. “We have plans that go out a long time.”

With a fanbase that is stronger than ever, the long-term future for The Elder Scrolls Online looks clear. As Firor explains, “Our user base is bigger now that it ever has been… We’re going to keep doing what we’re doing until… people stop playing the game. That’s when we know we’re done.” Until then, fans can expect a raft of brand new content to keep the world of Tamriel alive.

Stay tuned to the Elder Scrolls Online hub for more news as it arrives. The future looks bright for the ever-evolving franchise.

We thank Matt Firor for his time, and the lovely folks at Bethesda ANZ and Frank PR for inviting us along.