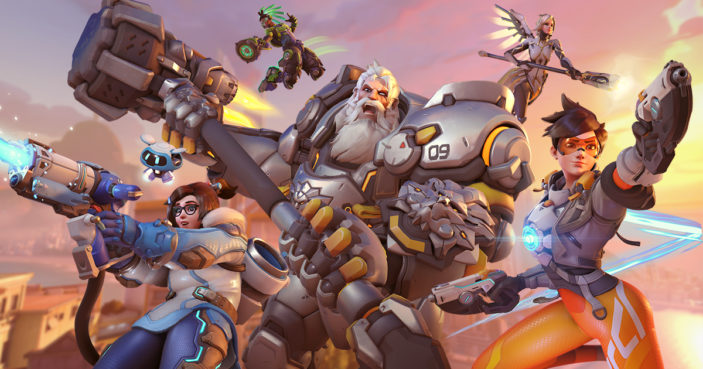 The highly anticipated Overwatch 2 comes straight off the back of, what is in my opinion, one of the most successful runs a PVP shooter has ever experienced. Putting the internal Activision Blizzard issues aside, the original Overwatch has most definitely stood the test of time, continuously aiming to uphold the balance that it has consistently delivered since launch. Rarely do I delve into a multiplayer experience so frequently over a number of years. Therefore, it’s no surprise that Overwatch 2 has a ludicrous amount of pressure on its shoulders when it comes to maintaining and possibly surpassing that of its predecessor.

Overwatch 2 is in many ways a safe bet; a natural progression of the strong mechanics and modes established in the original Overwatch. The preview gave us a look at some revamped 5v5 gameplay, updated visuals, and various tweaks to hero abilities that attempt to re-balance some of the gripes players had with certain overpowered heroes. But I can’t help that admit that Overwatch 2’s PVP beta left me feeling a little underwhelmed, presenting players with a half-sequel of sorts, as opposed to a full-blown redesign of many of the game’s maps, heroes and modes. I guess if it ain’t broke, don’t fix it.

Hero tweaks and adjustments make up a huge part of Overwatch 2’s PVP beta, proving that there is indeed much to be done when it comes to grounding many of the abilities that may have been exploited in the original Overwatch. For example, Doomist has now been assigned to the tank class and as a result given a HP boost, from 250 to 450, with a new Power Block move added in place of his lethal (and overpowered) Uppercut. Osiris however, has also undergone an extreme transformation. Her Halt, Protective Barrier and Supercharger abilities have now been replaced with an Energy Javelin, which gifts her with a newfound sense of manoeuvrability as she lunges forward with the Javelin Spin attack.  Her new Ultimate, Terra Surge, can also be used to pull enemies in the area towards her, leaving them vulnerable to surrounding attacks. Besides these two major adjustments, the majority of heroes remain untouched. It’s not necessarily a bad thing, but does point out just how comfortable developer Blizzard Entertainment is with leaving the primary balance of hero abilities in check. 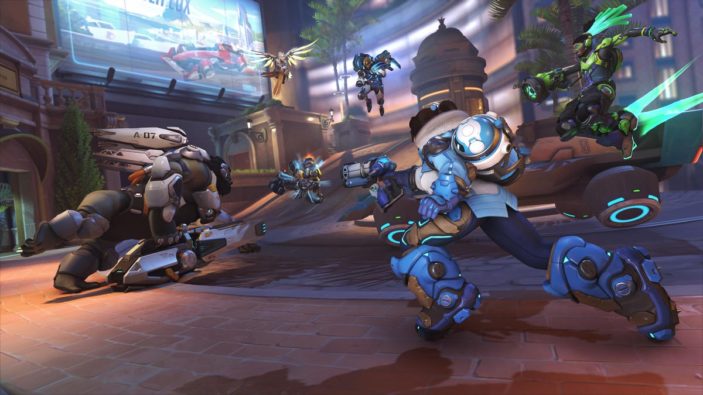 The shift from 6v6 to 5v5 gameplay has definitely changed the overall pace of matches. Roles are now limited to one tank, two damage, and two support players. As a result, it then makes sense to change a hero like Doomfist from a Attack/DPS (Damage Per Second) to Tank, given their newfound defensive role, allowing fans to utilise him in reliable yet creative ways. Put simply, matches now feel faster; even if it feels like they’re over a little sooner than most would expect. However, this change in pace doesn’t come without its flaws. If the original Overwatch encouraged DPS players to deal as much damage as possible in order to push or complete an objective, it’s been amplified here. Such a change in strategy now highlights DPS players as the main players to push such objectives, making it harder for support and tank classes to get involved with the same effectiveness an extra player would usually cater for. The lack of a second tank also doesn’t help much. As a result, support characters feel underutilised, more so relying on primary DPS characters to make the most impact.

This comes into effect mainly when playing Overwatch 2’s new mode, Push. A symmetrical map pits teams against each other in a battle of inches as they must clear the way forward and push a robot payload forward to the end of the map. I don’t have an issue with the mode, but more so the fact that these matches usually evolve into straight-up death matches, where DPS characters off each other while support charters wait for them to respawn. I’m primarily concerned that this shift will encourage support and tank heroes to take on a DPS role, thus minimising their intended purpose and effect. 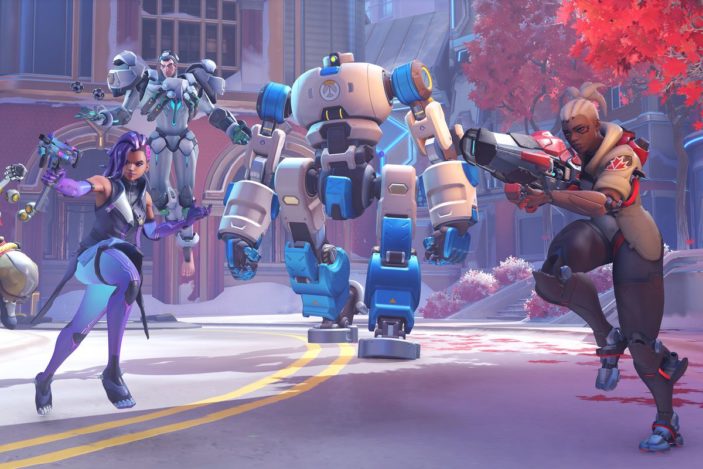 Beyond this new mode, Overwatch 2 adds a handy ping system, where players can point out areas of interest. This makes general communication easier, while a more traditional scoreboard complete with total eliminations adds a great deal of context to your individual performance. Majority of maps return here, and while they look much cleaner thanks to some neat lighting a texture improvements, they’re still the same maps featured in Overwatch.

Make no mistake; Overwatch 2 is most definitely a step forward for the franchise, albeit a safe bet. Gameplay is still incredibly solid and accessible, while the majority of the heroes feel and play as well as they ever did, maintaining much of the balance the original Overwatch has strived for these many years. However, 5v5 gameplay paired with the new Push mode gives me pause, prompting me to cross my fingers in the hopes that Overwatch 2 doesn’t devolve into another mindless shooter built on repetitive firefights, as opposed to the variety of both strategy and cooperation that Overwatch has become so well known for.

Overwatch 2 is yet to receive an official release date, although we’re betting it will release on PC and all major consoles sometime in 2023. In the meantime, check our our review of the original Overwatch here.