I never expected my last couple of free evenings to be spent trying to smack, dodge and jump over Michaelangelo against the backdrop of The Flying Dutchman’s Ship. But based on what 2020 and 2021 has shown us so far, anything absolutely goes these days. This is Nickelodeon All-Star Brawl, the latest platform fighter that isn’t at all shy about where it got most of its inspiration from.

That’s right, if you’re a long time Super Smash Bros player, there is little to surprise you here. It’s a very similar game that’s been reskinned to showcase the last 30-40 years of Nickelodeon’s most loved cartoon series. The aforementioned Teenage Mutant Ninja turtle can go head to head against characters like Oblina (Aaahh!!! Real Monsters), Patrick Star (SpongeBob SquarePants), Zim (Invader Zim) and more. While some of these cartoons have a staunch following to this day, there’s a clear strategy here of targeting gamers within the Venn diagram of ‘Smash fans’ and ’90’s – 00’s cartoon nostalgia’.

The core game mechanic features players battling it out to hit each other, increase their damage percentage and ultimately send them flying off-screen to trigger a knockout. Broadly speaking, every character has a set of light, strong and special attacks, with additional variation depending on the direction (up, neutral or down). Arcade mode and multiplayer mode are where you’ll want to learn light combination building while anticipating opponents’ heavy moves in rock-paper-scissors style. There is also a lighter Sports mode built around point scoring with different types of balls that operate in unique ways.

As someone who has maybe played one round of Super Smash Bros in her life and never attempted any of the other “smash-likes”, Nickelodeon All Star Brawl felt like my 10-year old self after demolishing a whole packet of rainbow sour straps. The controls are chaotic and the characters seem steroid-induced, zipping across the level at lighting speed. I played on the easiest difficulty against the computer AI and I could barely keep up, not even registering when I had won. As a result, this was the first time in fighting game history that I actually sat down and read the tutorial. 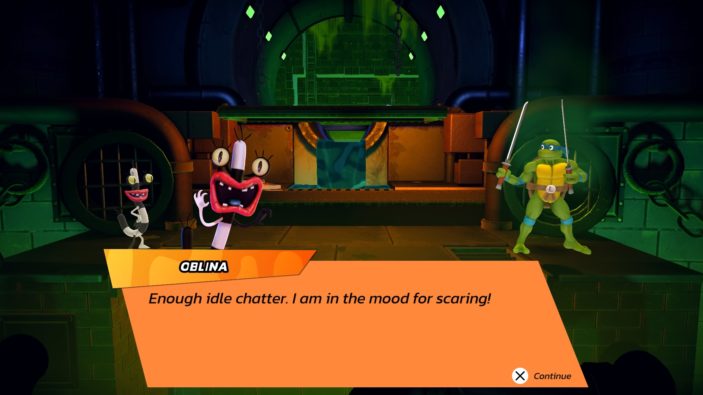 I Get By With a Little Help From My (TV) Friends

Playing solo as a casual player became repetitive very quickly, although seasoned brawlers might take greater delight in figuring out the delicate mechanics. On couch co-op the zaniness of the game was more fun to enjoy and Sports mode adds an extra layer of competitiveness when you realise scoring an own-goal is very possible. But even then, we were done after 30-45 minutes and ready to move on to another game. Interested players should also keep in mind that online multiplayer for PlayStation doesn’t work without a PS Plus subscription.

Character-wise it’s clear that their lines and move sets often draw from the television shows themselves. True to the dynamic narrative of CatDog, players can swap them (Cat normally starts out on the left but can be switched to be on the right) for a 2-for-1 deal. Many of their moves feature some hilarious in-fighting between them as well which is pretty par for the course in every CatDog episode. Long-time fans would appreciate that attention to detail.

Going above and beyond that are jokes like Spongebob demonstrating his iconic ‘imagination’ meme and the mere inclusion of meme king Nigel Thornberry. These carefully curated quirks indicate that research on these larger-than-life characters has gone beyond television. It’s a game that isn’t just paying tribute to your childhood but your teen and early adulthood spent living online.

In terms of design, the colours are vibrant, the characters are true to what we remember and the unique stages give the impression that you’re in the very TV shows that you’ve watched growing up. A part of me definitely squealed seeing the CatDog house after all these years. And I’m sure nobody could forget ‘The Dump’ a literal dumping ground that housed the characters of Aaahh!!! Real Monsters. But aesthetics aside, I found myself gravitating towards simpler stages that didn’t have moving platforms or other annoyances that added to an already complex game. 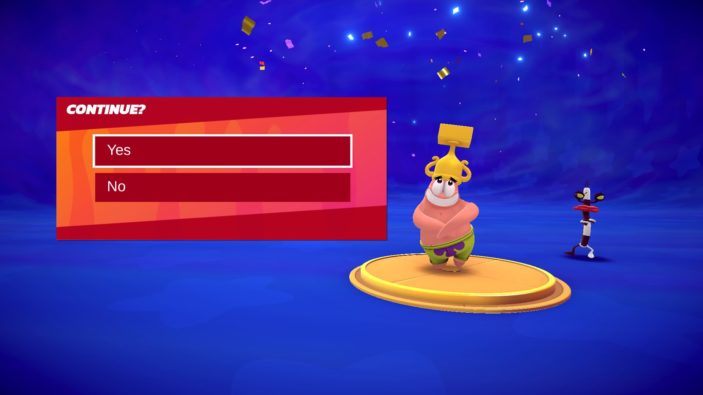 Like Super Smash Bros, I can see this being a big hit at parties and even more so if it’s a party with your childhood friends that you watched Sunday morning cartoons with. I don’t see myself picking this up very often during ‘me-time’ which is often how I prefer to spend my gaming moments. It just seems a little too light on content right now, but I’m confident more should come whether in the form of DLCs or game updates. There’s just so much more in these cartoon franchises to explore.