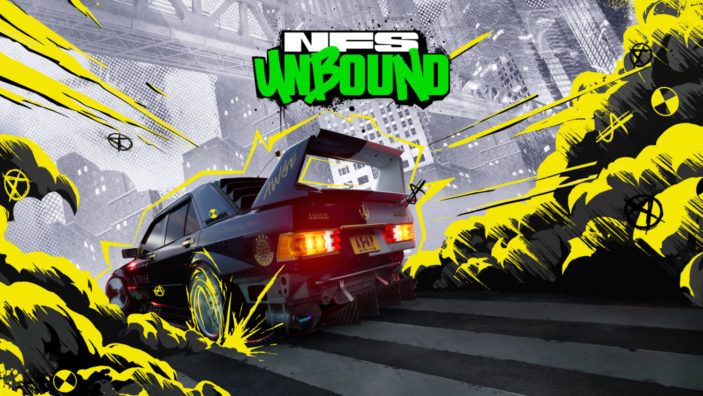 I’ll be the first to admit that I’ve fallen out of love with Need for Speed games in recent years. It’s not that they’ve been necessarily bad, but given recently established franchises like the Forza Horizon series or the returning Gran Turismo series, Need for Speed has had seemingly little to offer the genre in recent iterations. That might sound a little harsh, but it’s worth mentioning as Need for Speed Unbound seems to have understood that that message. Its visual flare and flashy style sets it apart from almost any other racing game available, even if its story and overall structure feels a little dated at this point in time. But with some functional controls and slick performance, Need for Speed Unbound feels like a small, yet intentional step in the right direction.

Do it With Style

Need for Speed Unbound has made its way over to developer Criterion Software, with its new style and approach feeling like a metaphorical understanding of a new direction for the franchise. As a result, the premise and hook of Need for Speed Unbound rely heavily on various artistic effects that accompany your vehicles, letting out graffiti-inspired tufts of smoke as you drift around corners, or colourful speed lines as you boost through a lingering straight. While some may have thought of this as a gimmick upon it’s announcement, many of these effects feel like a natural addition to your vehicle, as opposed to a superficial layer that sits over the screen. They move, react and change with the actions of your vehicle and adapt smoothly to your controls.

You’ll be able to unlock newer animations and styles for your vehicles as you progress, assigning layers like drift smoke colours, speed line colours and general graffiti effects. With some interesting and diverse options on offer, it feels a little annoying that you can’t necessarily customise each vehicle with their own bespoke effects, instead having to deal with a single blanket approach that applies to all vehicles. On the other hand, it’s also a little disappointing that these effects don’t add to gameplay in any way whatsoever, making them feel a little superficial towards the latter stages of the experience. 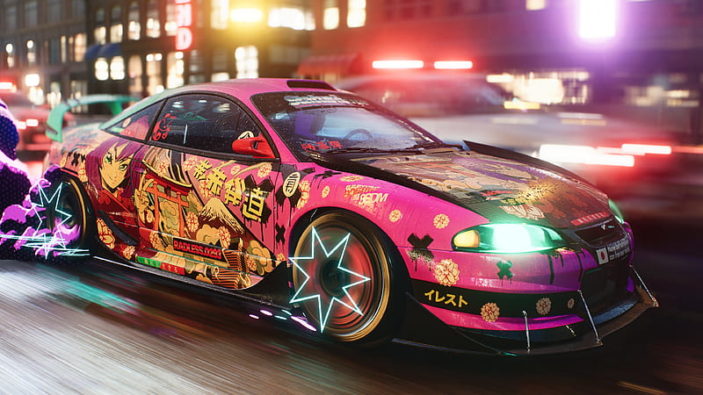 General gameplay feels great, with vehicles providing various levels of both handling and customisation perks for added effect on the track. While I wish that vehicle tuning played more a role here, many vehicles do feel different and handle accordingly depending on your vehicle of choice. You’ll have the chance to prioritise vehicle stats based on speed and handling, each of which can have their own effectiveness in certain situations. While a Dodge Charger might be the way to go for a sprint, you might want that Nissan Silvia for tighter corners in circuit races. It’s never overbearing, but is noticeable enough to make these decisions feel relevant.

It wouldn’t be a Need for Speed game if we couldn’t customise the vehicles themselves. From body kits to specific parts, Need for Speed Unbound does away with the card collection system of Payback and instead opts for a more traditional system where you can purchase and rims, tyres, panels, window tints, headlights, taillights, front and rear bumpers, side skirts, or brake callipers, all with various colours and decals.

I Believe That Belongs to Me

While Need for Speed Unbound might initially seem like it’s driven by a narrative, it soon falls flat. It’s not necessarily a bad thing, as I don’t believe the Need for Speed games have ever been known for such a standard, but after an introductory couple of hours, it soon feels like an afterthought. After two friends fail to stop a robbery of their auto shop, they must claw through the ranks of the underground racing world to get their prized vehicle back. You’ll get the chance to create your own character from a selection of predetermined templates, but you’ll rarely see them in action aside from certain in-game menus.

Along the way, you’ll take part in races, avoid cops and even go up against well known rapper A$AP Rocky for the chance to take his real life Mercedes-Benz 190E 2.5-16 for a spin. The overall experience feels incredibly self aware and never takes itself too seriously, allowing you to get into the action before any of the cutscenes and conversations ever overstay their welcome. Generally, you’ll be able to enter races split across both night and day, eventually buying into bigger races for bigger rewards. Most races consist of A to B sprints and small circuits but given they take place all throughout the city of Lakeshore, tracks and locations rarely wear thin. You’ll need to build up the cash and buy nicer cars to qualify and buy into more races, each of which carry the risk of attracting more heat. 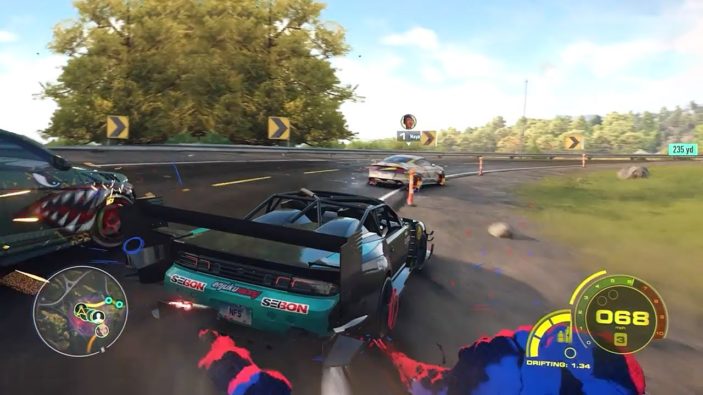 During most races, cops can invade at any point and provide a decent challenge in amongst the chaos as they attempt to stop you by running you off the road. I wish that these moments felt more like the Burnout series as taking these vehicles out rarely feels satisfying. These moments do however build heat, which can affect you out in the open world as your presence will attract nearby squad cars.

There’s nothing necessarily wrong with this structure and I do believe it’s a step back in the right direction, but it lacks the style and novelty that its visuals attempt to inject into its races. An online mode titled Lakeshore Online ditches the story and allows you to focus on cross-play interaction with friends as you complete races and flesh out your vehicles, but with single-player progress not carrying over to online progress, you’re going to have to muster up the courage to start from scratch, depending on how much time you’ve put into its single-player portion.

Well, Would You Look at That

I really appreciate Need for Speed Unbound’s newer visual style, and while it might seem superficial at times, feels fresh thanks to a large variety of effects on offer. But at the same time, I’m left scratching my head as to why the whole game doesn’t lean into this aesthetic. Aside from the visual effects, both environments and vehicles look entirely realistic. As a result, Need for Speed Unbound goes from looking incredibly stylish, to looking like any other open world racing game. 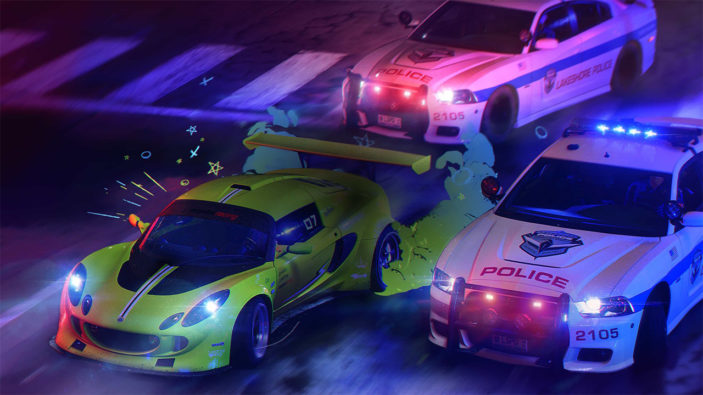 Once again, it’s not a bad thing, as general textures and lighting effects hold up rather well, particularly on next-gen consoles, but I can’t help but wish that Need for Speed Unbound leaned further into it’s newfound style. When it comes to performance, Need for Speed Unbound runs well on next gen consoles, touting 60fps at a dynamic 4K resolution on both PlayStation 5 and Xbox Series X. The frame rate does encounter the occasional hiccup, but it’s in now way consistent enough to pull you out of the experience.

Need for Speed Unbound stands as a functional and downright stylish attempt at the franchise’s next iteration. I do wish the overall experience leaned more heavily into those flashy effects, given its reliance on rather standard visuals and dated structure seen in previous Need for Speed titles. But for as much as it feels like a step in the right direction, it’s admittedly a small one. Strange decisions like the completely separate single-player and online streams of progression feel unnecessary, while the realistic vehicles and environments clash with the engaging artistic effects. Overall, Need for Speed Unbound is definitely worth checking out in the short term, although its staying power remains in question.