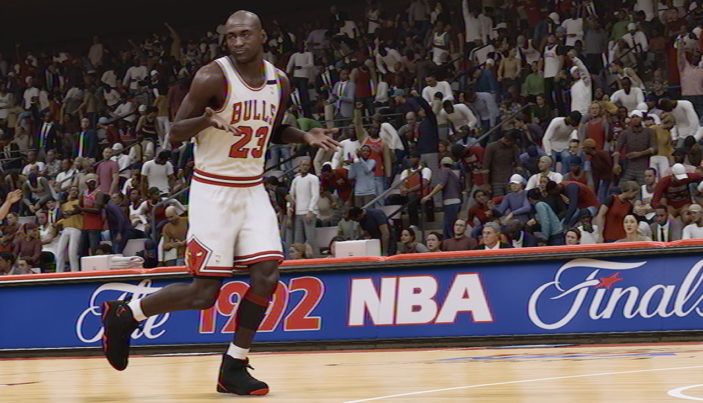 2K has released a new trailer for NBA 2K23, highlighting the return of the iconic Jordan Challenge, initially launched way back with NBA 2K11. While the return of the mode itself had been announced along with the initial reveal of NBA 2K23, we now know exactly which games and moments of Michael Jordan’s illustrious that we’ll be able to take part in.

Comprised of 15 unique experiences, players will take Jordan from his early days at the University of North Carolina, to his very final shot as a Chicago Bull, which sae him crowned with his sixth NBA Championship. Each game has also been recreated with specific broadcast details in mind, from the lack of constant scoreboards and graphics on screen, to Ray Clay’s iconic player announcements. Each of the 15 games will also feature pre-game interviews with Jordan’s ex-teammates and supporting cast, each reflecting on those specific moments and their impact on his legacy and the game itself at that point in time.

The mode itself seems to be building off the similar WWE 2K22 Showcase Mode, which highlighted the career of wrestler Rey Mysterio in very much the same way, down to the pre-game interviews. Each of the games will also feature up to three challenges, which can be completed to earn stars, and in turn earn exclusive MyTEAM and MyCAREER rewards. It’s also worth noting that NBA 2K23 has taken steps to emulate the flow and pace of the game back in the 80’s and 90’s, prioritising the mid-range shot and allowing a greater sense of physicality, adding to the authenticity of Michael Jordan’s formidable era.

Yes, the Bad Boy Pistons will most definitely look to take you down during the 1990 Eastern Conference Finals. It’s all outlined in the new and extensive trailer, which you can check out for yourself below:

NBA 2K23 will release on the PlayStation 5, PlayStation 4, Xbox Series X|S, Xbox One, Nintendo Switch and PC on the 9th of September, 2022. Stay tuned for more for more news as it breaks.