The NBA 2K series has become for many, including myself, the definitive basketball gaming experience. While each iteration tries to evolve in interesting ways, NBA 2K20 remains an evolutionary experience rather than a revolutionary one. In many ways, NBA 2K20 is superior to any of its predecessors, presenting stellar basketball gameplay paired with authentic presentation — from visuals to interviews, all the way to the specific shine on each court’s floorboards. While these aspects should be admired, NBA 2K20 is content to reach no further, and barring a new career mode, holds steady on the course set by last year’s outing.

Out the gate, NBA 2K20 reminds you exactly why it’s been the king of the digital court for almost a decade. Whichever mode you partake in, NBA 2K20, from a gameplay perspective, is as good as video game basketball gets. Most of the changes made here are small but important, making the game feel more responsive and smoother in every way, giving players the weight and physicality that makes them feel grounded and attached to the court. While I enjoyed NBA 2K19, a major complaint was the instensity of the defense from the opposition.

This time around, the defensive intensity feels a little more realistic, as smaller players can be used for their pace and ball handling, navigating mismatches for easy finishes at the rim. Defensively, players still challenge each play, but more so with well timed reaches and swipes, rather than the incredibly unrealistic lock down sequences, which gave each and every single player enough defensive prowess to rival the game’s best defenders. Offensively, the changes are less obvious, but improve the range and reliability of the shot stick with more choice and animations. 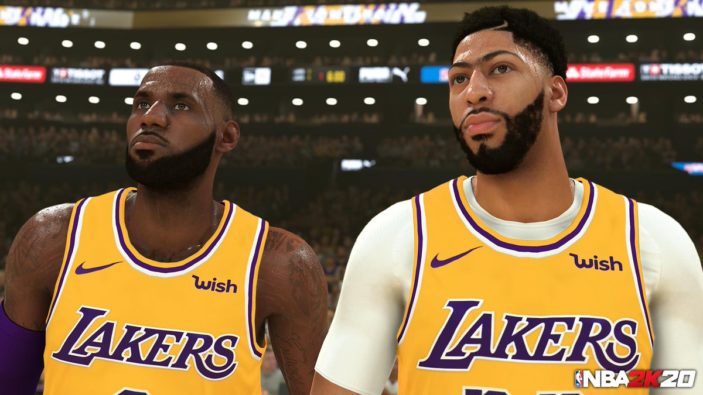 While I personally wish the series would make a push for ESPN licensed content to help with presentation and authenticity, I’m still impressed by what’s on offer here. Most of NBA 2K20’s presentation borrows heavily from 2K19, and you could certainly argue that if it ain’t broke, why fix it, but I can understand this might sting for the casual fan who feels they’ve been duped into buying the same game. Shaq, Chuck and Ernie’s pre-game presentation is a little less wooden this time around, but the writing is admittedly funnier than it’s ever been, as they poke fun at each other before each game.

Beyond the gameplay and presentation, the newest addition to NBA 2K20 is arguably its story-based career mode, titled ‘Where the Lights are Brightest.’ I was impressed by it, and while the stories have never been groundbreaking, I can appreciate this newfound effort to inject emotional stakes into sports titles in the form of a narrative. Refer to Fight Night Champion and thank me later.

This career mode sees your custom character sitting out of a major game after a teammate’s injury costs him his scholarship. In a bid to maintain your dignity, your player opts out of college to seek an alternate route to NBA stardom. Most of these career modes pack their stories into the first few hours, before they open up to the more conventional day-to-day career mode. Some genuinely strong performances from Idris Elba and Rosario Dawson add to the emotional weight of the narrative, but overall it fails to consistently deliver an engaging story. For example, while your player sits out of this important game, no matter how understandable their reasons, the actual friendship that motivates the decision is never explored enough for you to care. This leaves the moment feeling unnatural and ultimately forced. While the story is pretty straight-forward, I won’t spoil any more than that, as there are some minute moments of humour which add to the experience. 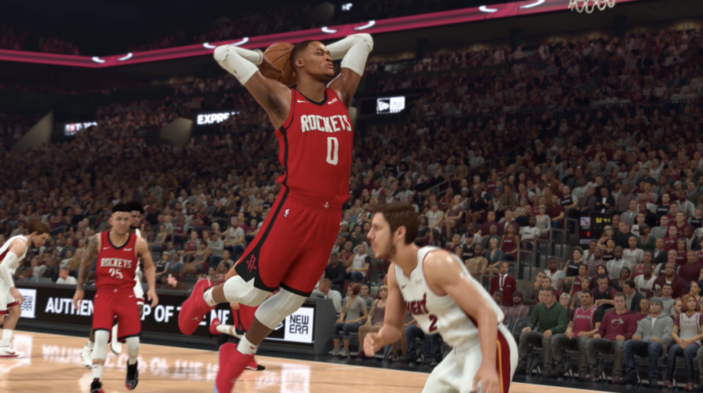 Besides the new career, NBA 2K20 brings back all the modes you would expect. MyTeam, MyGM, MyLeague and MyPark all make a return, but can now be expanded with the introduction of the WNBA. For the first time in the NBA 2K series, players can now use and interact with players from the WNBA, an addition I believe is now a number of years overdue. While the WNBA adds to these modes in terms of depth and variety, players shouldn’t really expect much from any of them. They are just as good, and bad, as they were last year. It’s not that I have any major gripes with any of the modes, it’s just that nothing has changed, and while that makes it harder to comment on in my opinion, I feel like this decision speaks for itself, once again cementing the age-old saying, if it ain’t broke, don’t fix it.

A major gripe I do have with the experience though, is that MyPark and the surrounding neighbourhood is almost exactly the same as it was last year, with the only addition, a ramen shop that you can’t even access just yet. New advertisements scatter the neighbourhood, but you wouldn’t be blamed for thinking you mistakenly popped in NBA 2K19.  Online play in both MyTeam and MyPark is admittedly good, and while I had a few connection issues at launch, subsequent updates have since resolved this issue. It’s a little random, but I should also mention that the day-one update is incredibly important, as without it, I could not access most of these modes, and was even missing in-game commentary entirely.

Microtransactions return once again, with VC (Virtual Currency) dominating the market and most game modes. It hasn’t changed much at all since last year, and depending on how much time you want to drop on this game, I found I could get through the career mode with what was provided, upgrading in a gradual and consistent manner, while MyTeam expects the most hardcore players to pull out their wallet every now again for those special players.

Overall, NBA 2K20 is an impressive example of continued strong form. Gameplay is better than ever, and with the introduction of the WNBA, gameplay options are even deeper. While the new career mode is a welcome addition, the story doesn’t hit as hard or stand as strong as those seen in Fight Night Champion or the ‘Longshot’ narrative seen in past Madden games. MyTeam and MyPark modes remain the same, and they are just as fun to play as they ever were, which is always a plus. NBA 2K20 may not have revolutionised basketball games, but it should definitely be applauded as a relevant and well-crafted evolution.