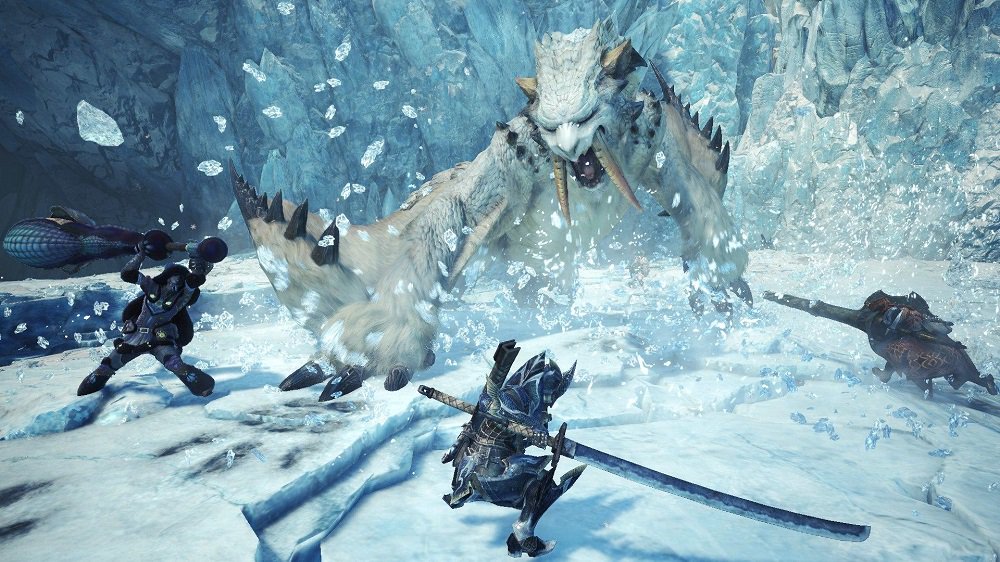 Ideally, a good expansion pack extends the life of a game with something new. That something new could be an addition to the story, a new area to visit, or new moves and mechanics. Monster Hunter World: Iceborne goes all in, throwing a truly staggering amount of fresh content at returning players.

Here’s the thing you should be very aware of coming into Iceborne — it is endgame content, by which I mean you will want to have a max level character that has cleared the campaign available to you or you won’t be getting the best the experience has to offer. You don’t necessarily need one, but I personally found it to be essential.

Iceborne‘s story begins not long after the end of the main MHW questline and sees your character headed into the frozen wastes, a new and unexplored frontier within The New World, to seek adventure and uncover its many mysteries. The basic loop is exactly as it was in the base game — gear up at base (in Iceborne, that will be the new central hub called Seliana) and stuff your face with food for statbuffs before heading out, gathering intel on your quarry and methodically hunting them down, chipping away at their health until they fall beneath of your blade.

Monsters in the frozen wilds have adapted to life in the harsh conditions and are that much harder to kill, even for a raid-ready hunter like yours. Their attacks may strike your character down with ice blight, an stat debuff that slowly drains your stamina leaving you unable to chase or attack proficiently. In addition to ice blight, the frigid temperatures will drain your stamina while out of combat too meaning you’ll at a disadvantage if you try to engage without doing any prep work. You’ll need hot food and drink to deal with ice blight and cold, so if you weren’t already well acquainted with the kitchen Palicos, you will be shortly. If you’re in the field and run out of warm consumables, look for insects and plants — thawpuffs will cure ice blight and hot peppers can be eaten for warmth (though how they’re growing and flourishing in snowy climates is not made clear).

One thing that dramatically changes the hunt is that your Slinger, a ranged, low damage weapon designed to chip away at larger foes, can now be used at any time, even while your main weapon is drawn. A big part of why you can use the Slinger whenever you want is The Clutch Claw, a retractable grappling hook that lets you launch yourself onto a beast to deal massive, close range damage to critical weakpoints. Where you land on a monster is important — attacking the head will make it change direction, which is useful for monsters that are trying to flee, or you can perform a Flinch Shot.

A Flinch Shot empties all your available Slinger ammo directly into the monster, the force of the hit launching the monster in whatever direction it is facing at the time. If you time it right and point the monster the right way, you might be able to throw them into a wall or off a cliff to topple them, leaving them vulnerable to a coup de grace. Keeping an eye on the environment around you is also important as you may be able to create further hurdles for enemies — stalactites can be dropped from high above, some ice shelves may give out with too much weight on them and other areas may be prone to avalanches. A big part of your job becomes recognising these hazards ahead of time and avoiding them entirely wherever you can’t expressly use them to your advantage.

So that’s what’s mechanically new, in a nutshell. Does it massively alter the way the game played previously? Not massively, though the introduction of greater environmental and situational awareness adds another layer of complexity to an already complex combat system. Further, the best way to tackle Iceborne is with friends. Monster Hunter World was quite clearly built for parties of up to four simultaneous players, communicating and working together to fell large creatures. Iceborne is no different, and the endgame level threats it poses are no joke. If you’re able to get the squad back together for this one, I highly recommend doing so as trying to carve your way through Monster Hunter World solo is a tall order indeed.

Iceborne is a strong companion piece to the base Monster Hunter World experience. It adds enough new content that returning players will feel their money was well-spent, and it presents a stiffer challenge than ever. It doesn’t radically alter the existing systems, but it does find ways to appease both endgame-tier players and beginners alike. An obvious labour of love that is well worth a look.

Review conducted on PlayStation 4 Pro with pre-release code provided by the publisher.