MLB The Show has stood for many years as Sony’s simulated answer to America’s pass time. It is with MLB The Show 20 that developer SIE San Diego Studio has lived up to this statement once again, producing one of the most accurate, thorough and varied iterations of the franchise to date. While baseball isn’t necessarily everyone’s cup of tea, MLB The Show 20 tries its best to fire on all cylinders, providing an accurate simulator for hardcore fans, all while adding deep and accessible modes for the more casual spectator. MLB The Show 20 isn’t quite the home run of previous titles, but it’s an outstanding iteration nonetheless, building on visuals, modes and overall fun factor. All bases are loaded, feel free to swing away.

MLB The Show 20 returns to the Playstation as the premiere example of what the sport is capable of in video game form. From gorgeous visuals to a vast array of game modes, it’s tough to ask for much more. Aesthetically, MLB The Show 20 looks amazing, dishing out some of the most detailed character models and arenas to date. Baseball lends itself to some lively colours and environments, so it’s nice to see MLB The Show 20 providing some incredibly accurate player models, all while focusing on the immediate textures of the grass and dirt, adding to the authenticity of the experience. While you can imagine most star players look the sharpest, I was surprised to find that players from lower leagues were subject to some incredibly lifelike recreations on a consistent basis. Stadiums are recreated with painstaking detail, with every team’s field on offer. The game does hitch a little in certain areas, particularly when large groups of players are on screen, but the PS4 Pro does a good job at keeping the experience locked on 60 frames, even if the resolution sits 1080p.

In terms of gameplay, I feel as though you would be hard-pressed to find a more accurate, detailed and satisfying way to pitch, field and bat. While batting remains similar to previous iterations, pitching and fielding feel a touch more refined, adding a sense of reliability to CPU characters that would have otherwise been given less attention. In MLB The Show 20, the performance of CPU players has been refined and adjusted to reflect their specific traits in specific situations. More advanced fielders will come through on a consistent basis, while less inclined fielders may perform on a high level provided the stakes are low, but fumble a catch in a high pressure situation. Both pitching and batting allow for multiple approaches, with various control schemes allowing for varying levels of difficulty and player choice.

Pitching once again encourages players to participate based on their skill level, with basic button presses for the sake of variety when throwing different types of pitches. In addition to this, a metre can be added to allow for players to determine the strength, type and location of each pitch. Batting gives players the most range in this sense, allowing for basic directional hitting where players are required to choose the direction of their strikes, while batting using the analogue stick allows players to utilise the bat in more intuitive ways. However, for the most seasoned veterans I recommend zone batting, in which players must target a particular zone within the strike zone, allowing for more precise hits, all while encouraging players to read each ball more accurately. MLB The Show 20 adds perfect hits, which only occur when a player executes both perfect timing and ball contact. This is so satisfying, but so rewarding, as players are now given a sense of achievement for their efforts, similar to how a professional batter would feel when they know they’ve laid out the perfect strike. 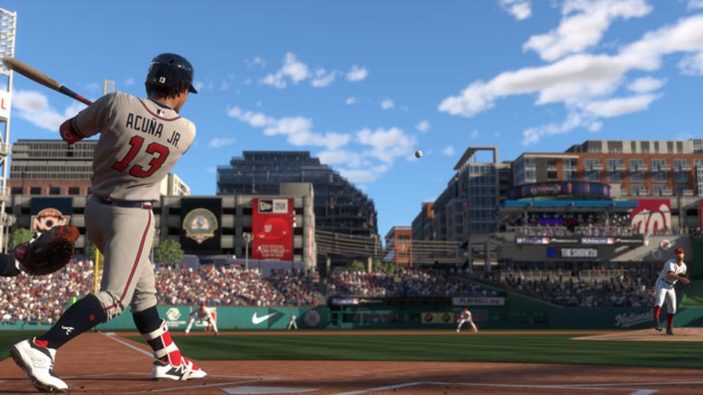 Thankfully, MLB the Show 20 provides plenty of ways to keep the gameplay fresh and interesting, with a vast variety of modes to duke it out on. While career and online modes remain largely similar to previous iterations, as you create your character and build them from the ground up, to competing against friends and strangers online, I found the Franchise and Diamond Dynasty modes carried with them the greatest sense of depth and longevity. Franchise mode sees players creating a team to call their own, down to the team logo. While I found the logo creator basic a the best of times, I was unfortunately disheartened to see that this level of creativity did not extend to creating my own stadium. However, micromanaging players, the roster and tight in game situations is consistently engaging and rewarding. Diamond Dynasty mode bears a strong resemblance to Ultimate Team or MyTeam modes found in FIFA or NBA 2K respectively, carrying with it a truckload of unlock-able items for simply playing through games. Micro-transactions peep in occasionally, but thankfully they’re not as obtrusive, as all XP, items, equipment and players can be acquired in-game. Finally, if this is all too much for you, MLB The Show 20 throws in a retro mode, complete with its own look and feel, as all strategic options and mechanics are stripped in favour of a more streamlined experience. Simplicity isn’t always a sign of laziness, as I found myself returning to this mode for some old fashioned fun. 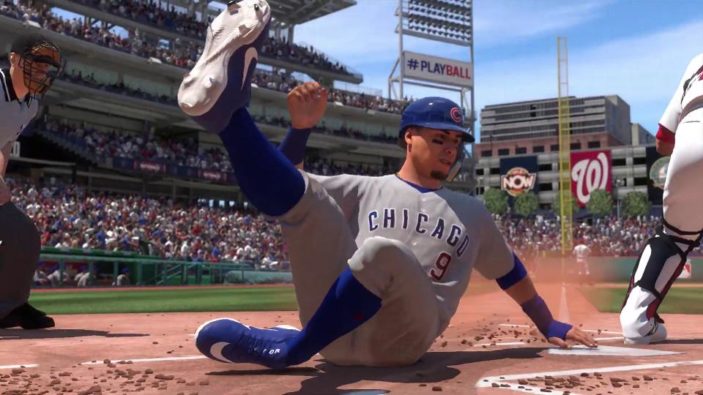 Overall, MLB The Show 20 feels more like a sharper iteration for the franchise, rather than reinventing the wheel on multiple fronts. For this reason, I can understand casual fans may want to skip this one, but for the hardcore fans, it’s nothing less than an incredibly strong entry for the series. There’s heaps to do, and plenty of ways to do it in, so load up those bases, and aim high; you might just land a grand slam.