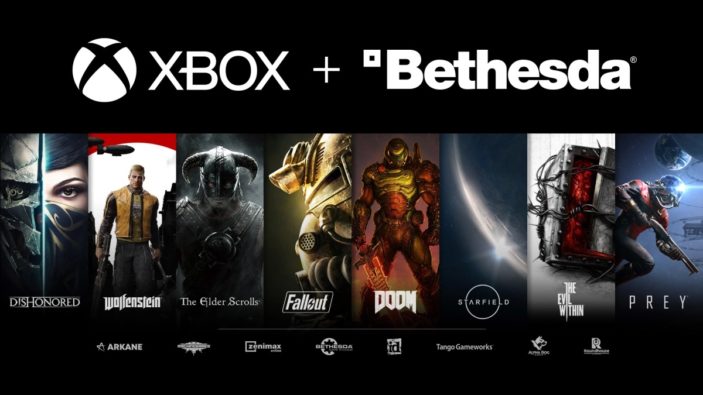 Microsoft’s $7.5 billion acquisition of Zenimax Media, the parent company of Bethesda and its attendant studios, has formally concluded. As of today, Bethesda, and every studio under its umbrella, is officially a first-party developer at Xbox. Xbox says it will drop further Bethesda games onto Xbox Game Pass this week to celebrate the acquisition. In response to urgent fan questioning from across the console divide, Xbox also confirmed that some new Bethesda games will be exclusive to Xbox and PC platforms moving forward.

Head of Xbox Phil Spencer today posted on the official Xbox Wire blog to welcome Bethesda into the fold, and to set the record straight. “Now that everything is official, we can begin working together to deliver more great games to everyone,” reads Spencer’s post.

According to Spencer, news about exactly what Xbox’s teams have been working on will come later this year. He went on to promise that further games from the Bethesda library would be added to Xbox Game Pass later this (though so far neither Xbox nor Bethesda have announced the titles involved).

In a separate post on the official Bethesda blog, Bethesda’s Senior Vice President of PR and Marketing Pete Hines stressed that the company is “not making any landmark announcements or changes right now.” He added, “we’ll be working on putting even more of games into Game Pass than ever before.”

Wait, so who is now an Xbox dev?

Here, in alphabetical order, are the studios that now belong to Microsoft under the deal:

Bethesda also dropped some syrupy marketing spotlighting its own history to commemorate the occasion:

Amid the announcement, one thing Spencer wanted to start clearing up was online consternation around platform exclusivity. “With the addition of Bethesda creative teams, gamers should know that Xbox console, PC, and Game Pass will be the best place to experience new Bethesda games, including some new titles in the future that will be exclusive to Xbox and PC players.” PlayStation fans, unused to the burn of exclusives on other platforms, can breathe a sigh of relief. The expectation, following comments from Xbox CFO Tim Stuart last year, is that Bethesda games will be “first, better, or best” on Xbox hardware. That means there’ll be some Xbox exclusives and some cross-platform titles. It means that cross-platform titles will likely be timed exclusives, or otherwise optimised for Xbox and PC hardware as a priority.

Spencer went on to say that Microsoft would give Bethesda a long leash, letting it continue “making games the way it always has.” The interesting corollary to this is that neither Microsoft nor Bethesda make any mention of Xbox Game Studios in either of their announcements. This may indicate that Bethesda is something of a band apart from other first-party Xbox studios. Back in February, it was discovered that Xbox had created a new company called Vault to better facilitate the acquisition. According to the legal documents that uncovered its existence, Vault is a wholly-owned subsidiary of Microsoft. It could be that Bethesda games made exclusively for Xbox are released under the Vault label.

Announced last year, the acquisition has taken some time to complete. So large, expensive, and significant was the deal that international parties like the European Commission and the United States SEC had to sign off on it before it could proceed. With the acquisition now official and complete, both Xbox and Bethesda will be looking to future. What that means for hotly anticipated franchises like Fallout and The Elder Scrolls VI is anyone’s guess.