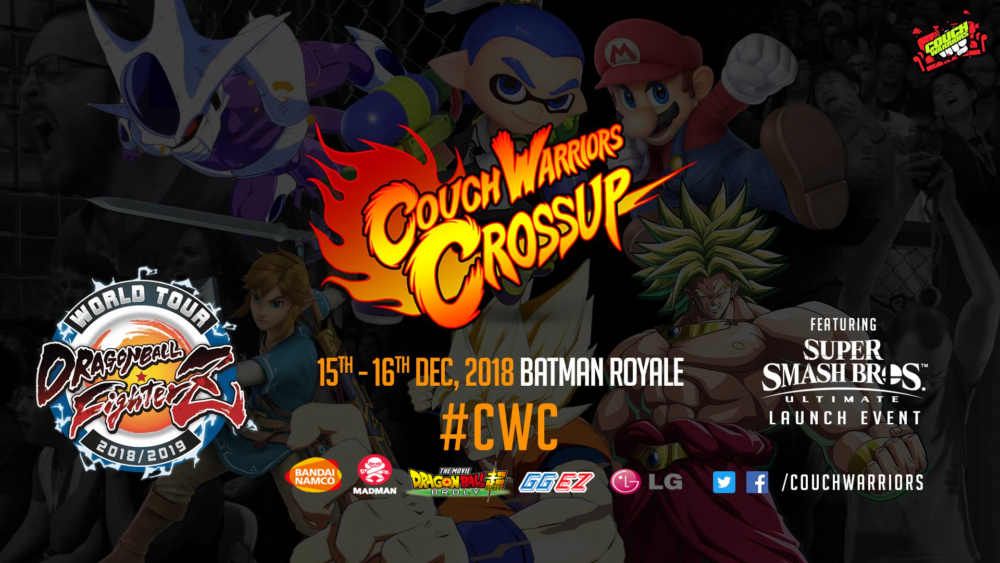 With Super Smash Bros Ultimate scratching that fighting game itch pretty well at the moment, you might be on the hunt for some fresh challengers. Good news — this weekend’s CouchWarriors Crossup is not only debuting its brand new Smash Ultimate competition, it’s also a significant stop on the Dragon Ball FighterZ World Cup qualifier circuit.

For those looking to crack Smash Ultimate wide open as a competitive esport, this will be the best way to get in on the ground floor. This will be the first time some of the very best local players will be battling each other publicly, which means you’re sure to witness some early meta trends, strong picks and evolving tactics.

There are a ton of high quality fighting games on offer, with players from around the world heading over to take their shot against the local contenders. Top tier Dragon Ball FighterZ players Kazunoko and Supermoon are heading down, and ANZ hopefuls like BAM10 winner Baxter, MEO winner Zed and New Zealand contender Toashel will also be on deck. All are vying for a ticket to the World Cup. Let’s show the local legends some support.

Finally, CW Crossup is home to the BAM Path to EVO, the national league that brings together the very best Street Fighter V, Tekken and Smash Ultimate players from all around ANZ. Winners all stand a chance of competing at BAM11, itself a chance to secure a ticket to EVO, the fighting game world’s biggest stage.

The whole show goes down at Batman Royale, just near Batman station, in beautiful downtown Melbourne, December 15-16 (yes, that’s tomorrow, we’re filing this extremely late and we’re sorry about that).

Competitor passes are $30 AUD, and Spectator Passes are $15 for the full weekend. You can buy tickets or register to compete at www.smash.gg/cwc2018.

Seriously, CouchWarriors are great. If you’re an Aussie into esports and you’re looking for something a little different, I can’t recommend getting along highly enough.