The Godfather is my favourite film of all time, and it was my love of gangster films that led me to Mafia. Released in 2002, it is one of the most underrated and nuanced mobster stories of that or any hardware generation. Since then, the series has both vanished and returned to the fold, along with a complete remake of the cult classic. Mafia: Definitive Edition is without a doubt one of the more impressive remakes I’ve come across this generation, packing in slick visuals, functional mechanics, and one hell of a story. It might not be as deep as its competitors, but I genuinely clapped when the credits rolled; call me crazy, but that’s saying something.

In many ways, Mafia: Definitive Edition is an exact retelling of the 2002 classic. The narrative was always a standout, particularly at the time, and it’s no different here. An accurate retelling of the original seems like something that would stick considering the specific period and setting, and it shows; what wasn’t broken then, didn’t necessarily need fixing now. The story follows Tommy Angelo, who after a sudden run-in with the Salieri crime family, joins the ranks and rises up through the dark underworld of organised crime. The less I say the better, as the fast-paced nature of the narrative immediately grabs hold of you, and rarely lets go. All the double-crosses, explosive set pieces, furious car chases and tense gunfights combine in such a natural way, that I would be lying if I said I wasn’t truly satisfied when it was all said and done.

Voice acting is also top-notch, and even though the dialogue has been revamped and rewritten, supporting characters feel incredibly developed and believable as a result. As the story spans a number of years, you really feel the sense of camaraderie and friendship between Tommy and supporting characters like Sam and Paulie, each with their own motivations and ambitions. Some moments are genuinely emotional, as Tommy grapples with his own inner demons and a sense of morality that slowly unravels over the course of the narrative. Mafia: Definitive Edition does a great job of outlining the overall toll of living such a life, dissecting the definitions of loyalty, courage and family.

The overall structure of the narrative is admittedly quite linear, but you’ll at least get the chance to traverse the city of Lost Heaven, drive a number of vehicles and shoot a lot of guns. However, the downside to the narrative is very much the same. While it’s laser-focused and incredibly well-paced, the story rarely allows the player to deviate from the set path between story missions, and apart from the various hidden collectables you’ll find along the way, this approach ultimately discourages replay-ability. But it’s all about the journey, and this one was an absolute blast, the true selling point of the experience, and one I won’t soon forget. 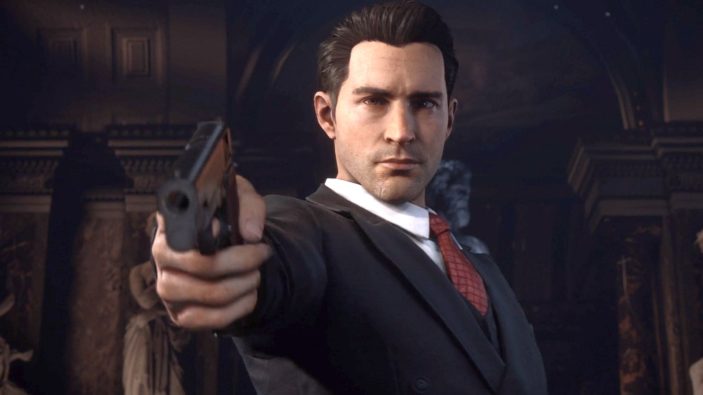 Gone to the mattresses

The gameplay is much of the same. Gunplay is incredibly tight, punchy and satisfying, with a number of weapons to find and utilise, from handguns, rifles and shotguns, to your trusty Tommy Gun. Much of the gunplay mechanics from Mafia 3 have carried over, and while Lincoln Clay’s ability to shoot both left and right-handed is thanks to his military experience, I found it weird that a cab driver with little to no weapon training could shoot with both hands like a trained killer.

But it’s a nitpick at that point, as gunplay feels great, even it rarely mixes up the formula; enter a room, take cover, and blast away. Melee combat is also rather simplistic but never presents itself frequently enough to become boring. Vehicles handle well, and with up to 50 vehicles at your disposal, each car, truck and bike feels different in terms of weight, acceleration and handling. Being authentic to the 1930s, most vehicles range from slow to slower, but the narrative does a great job at putting you in some of the beefier, faster vehicles, particularly during chase sequences.

The Free Ride mode allows players to jump back into the world if they didn’t complete these tasks throughout the story, but the city itself isn’t particularly brimming with things to do. Unfortunately, there’s nothing to do apart from finding some leftover collectables and tracking down remaining vehicles, which would then be added to your garage. I can’t say it’s shame as Mafia: Definitive Edition is an intentionally linear experience. But given the nature of the open world, it seems inevitable that the game would give you some way to jump back in once the credits have rolled.

Visually, Mafia: Definitive Edition, is nothing short of impressive. Realistic character models and facial animations, gorgeous lighting effects and detailed textures play a consistent role in bringing the package together. Leading characters like Tommy, Sam and Paulie are responsible for some incredibly detailed expressions, which shine through during tense cutscenes and conversations. I mean Mafia 3 looks great, but this is a whole new level. The Chicago inspired city of Lost Heaven is also privy to some impressive lighting effects, which only adds to the depth and detail of your surroundings. The way the sunlight shines through the upper-level train tracks onto the road below create some of the most visually striking city streets captured in a video game to date. It just looks that good.

In terms of performance, Mafia: Definitive Edition is average. The frame rate holds up for the most part but can drop suddenly during hectic sequences. It’s not game-breaking, but annoying nonetheless. Clipping issues also present themselves from time to time, particularly when Tommy gets stuck inside a portion of the cover geometry or the camera clips through a wall. Much like the frame rate, it’s far from obtrusive but can prove a little jarring at times. 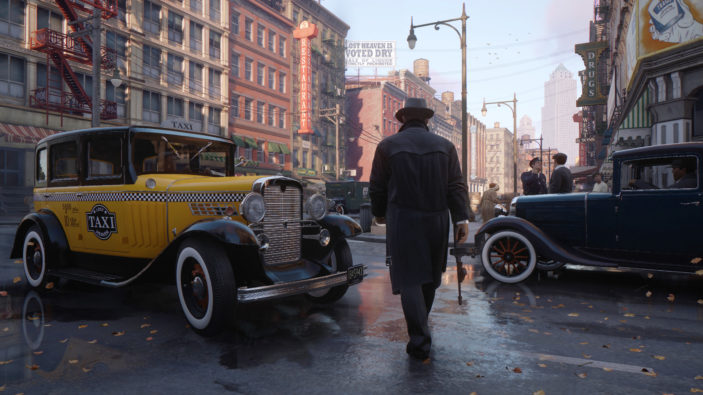 Overall, Mafia: Definitive Edition is still an incredibly impressive remake, serving up one of the best mob-related stories in quite some time. It’s incredibly gripping in terms of its tone, pace and delivery, and will most certainly please newcomers and fans of the original alike. It’s visually striking, serving up one of the most lifelike cities in open-world video games, even if performance can prove to be a little wonky. I can understand all the shortcomings of a linear structure and lack of additional modes and activities, but it’s really hard to be mad at a game that’s so confident in its delivery, particularly when its story is prioritised in such a way. There’s nothing particularly wrong with a linear experience, and this is no exception. Mafia: Definitive Edition is well and truly a winner. Welcome to the family.