We recently had the chance to chat to Executive Producer Erick Boenisch and Gameplay Director Mike Wang of Visual Concepts to outline some of the new modes and mechanics making their way to the next-generation build of NBA 2K21. Built from the ground up, this edition will bring with it a deeper WNBA presence in the form of The W, and a much larger take on The Park now aptly named The City.

Thanks for talking with us today guys, this next generation version is looking pretty good, and I’m looking forward to these new features! Firstly I just wanted to touch on The W, the new mode centred around the WNBA. How is the new career mode going to differ from traditional NBA-based career modes of the past?

Erick: So The W is a brand new experience, it doesn’t have any ties to the current MyCareer mode. It’s just something we wanted to create as it’s own entity, that is just as in depth as any mode we create. the growth we’ve shown to the WNBA and women’s basketball in 2K20 and now over to 2K21’s next-gen version shows how important that is to us, as is growing that experience for fans around the world. Honestly I can’t even tell you how many fathers with daughters I’ve had come to me over the internet saying “Hey, I have an eleven year old daughter, and I can’t wait to show her this, it’s going to be great.” That’s awesome for us to hear, we want to obviously grow our fanbase, but we also wanted to spread both the WNBA and women’s basketball worldwide.

For that mode, it is all about creating a MyPlayer, you scan using our face scanning app which is great, and you take that MyPlayer, you get to pick your team, and you go through a WNBA career where you level up your skills, level up your profile, and level up the league’s profile, and there’s all these different jobs you can do to raise your profile during your career. Once you feel confident in your skills, we have The W Online, which is our online world that you go into, with 3v3 games where you play against other ballers around the world who’ve created and levelled up their own WNBA players. It’s a really cool experience, and I think people are going to find it really enriching. I think it might be the sleeper feature in our game this year.

Ive enjoyed the parks and neighbourhoods for many years now, and 2K Beach was also a nice, fresh change with the weather getting a bit better over here in Australia and fitting our vibe very nicely. I just wanted to touch on The City, which was a huge surprise. What has been brought over from the previous parks, or is indeed exclusive to The City in terms of what we might not have seen before?

Erick: I would view The City as a standalone entity, not so much as what got brought over from the parks. It’s more like a ‘rethink’ of how we want to do online competitive street ball and basketball. The world is massive, it holds hundreds of people simultaneously, with four unique rival affiliations in The City, all battling for supremacy, there’s the events centre, which is in the new trailer, in which you can see the new indoor courts with dynamic animations on them. There’s so much new tech, and we’ve wanted to do The City for years now, but the limitations of the hardware really held us back, and the power of the next-gen consoles finally gave us that chance. We actually did two this year, 2K Beach and The City, and I’m blown away, but I honestly think people what we’ve done in The City this year. 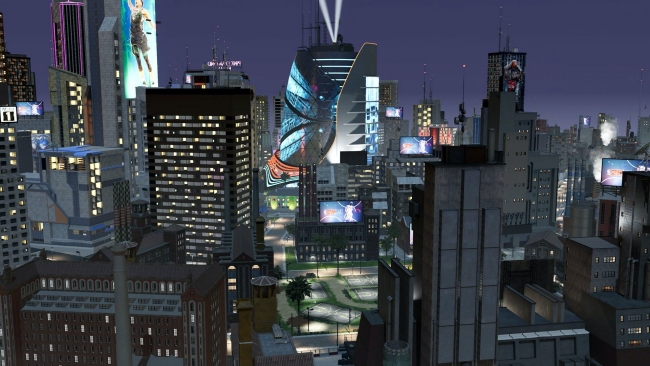 Erick: Absolutely, so there’s a global rep level, regardless of what affiliation you’re tied to, not unlike The Neighbourhood, whether you’re an All-Star One or Superstar Three, or a Legend which persists. The key thing is that you want to urge your teammates and affiliation to level up with you, because we are going to have events every few weeks where you compete against the other affiliations. Those are all tied to the Mayor feature, which have multiple roles throughout The City and have special abilities and capabilities which can be used to motivate teammates. But it’s all about the ‘us versus them’, and the push and pull of who the best affiliation is in The City, and that’s when you have to rely on your teammates, when it comes time to invade other parts of The City.

Just one last question regarding a crucial gameplay element. You’ve introduced some new shooting mechanics to the current-gen version of NBA 2K21 with a new Pro Stick, which I’ve personally enjoyed. Is that carrying over to the next-gen version in its entirety?

Mike: It’s basically going to carry over in its entirety with a few extra tweaks. In the next-gen version, you can now control the arc of your shot, and how flat or high your arc is. If you have an ideal arc, that will actually add another boost to your percentages. It’s really just the pro way to shoot and  people who want to have the highest chances of making their shot are probably going to gravitate towards the stick. But it’s something we really enjoyed and will continue to support. One other thing, you can also do bank shots much easier in next-gen, as you can slightly aim towards one side of the backboard depending on what side you’re on. Overall, I feel it’s a much better user choice.

NBA 2K21‘s next-gen version will launch alongside the next-generation consoles, on the 10th November and 12th November for the Xbox Series S/X and Playstation 5 respectively. In the meantime, check out the newest trailer for The City below: