We recently sat down with a number developers from the Call of Duty Black Ops: Cold War team at Treyarch and Raven Software. Among them: Lead Game Designer Matt Scronce, Lead Designer on weapons, equipment and gameplay Tony Flame, and Creative Director at Raven Dan Vondrak, whose team crafted this year’s campaign. Our conversation touched on everything from developing multiplayer for next-gen and bringing back the campaign.

With Call of Duty : Black Ops 4 foregoing a traditional campaign, what led the team to bringing back such a traditional pillar to the franchise?

Dan: Yeah, it was something that when we started talking about it, we hoped this would happen, we love the idea of getting back into what we all fell in love with, and where the franchise all started with that original Black Ops campaign. With this campaign, it’s the conspiracy and grounded history that was an element, that real history, and the conspiracies around it that the original Black Ops nailed so well. Going to the future didn’t allow for much real history, so it felt like the time was right, with this Cold War 2.0 that’s happening in the world right now, and we missed seeing Woods and Mason running around, so it just felt like perfect timing. 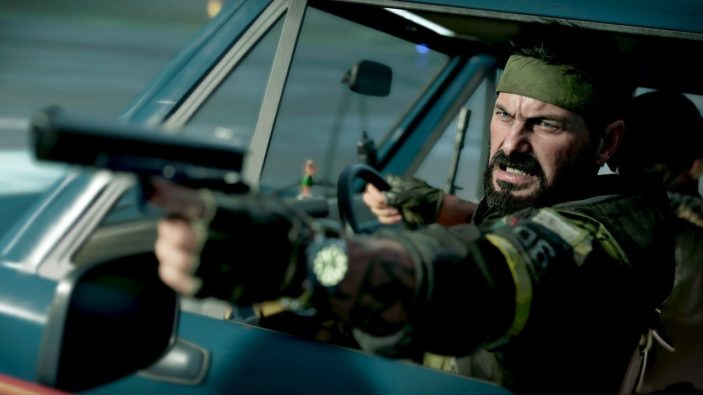 Black Ops – Cold War is obviously coming to the current generation of consoles, but with the new generation closing in, what has the new hardware allowed you to do, and has it allowed you to take the series in new directions that you weren’t able to before?

Tony: The number one consideration is balance, so we wanted to make sure there was a balanced experienced across the board, and that was always number one for us. It is tempting to want to push certain features, but we wanted to make sure everything was even across the board. But in saying that, we would never have though of adding an FOV (Field of View) slider on current-gen, on top of things like cross-play, so the strongest of platforms has really pushed everything else to come up with it.

What you really see there is that if you’re playing on a PC that has a high-end graphics card, just like playing on a next-gen console, you’re going to see a higher frame rate, higher resolution, better graphical fidelity which is awesome. We have to make sure the visibility is present across all platforms. When you’re talking gameplay, everything is on the same footing, we’re talking 60hz, which will be the same across all platforms.

Matt: To chime in on that, some of the 3D audio technology the next-gen consoles are pushing very hard on, and the capabilities that we have there are just amazing for us on the multiplayer side of gameplay, like Tony said, a lot of that new technology has really made us push every single platform forward as much as we can, and to try and squeeze every bit of power and strength of the hardware, so playing around on the next-gen really had us focusing on a specific example like priority audio systems for multiplayer, where we take the deepest dive we’ve ever taken on our audio technologies and taking a look at all of the combat content that Tony’s team worked so hard on and prioritising that in the middle of a gunfight.

Depending on who’s aiming at you closest, and how far a grenade is away from you, and prioritising that to give players the most relevant information that they can get in the heat of the moment, and then pairing that with that 3D audio technology. Pairing that with the next-gen had really blown our minds, and we couldn’t be happier with some of the audio we’ve been able to achieve. 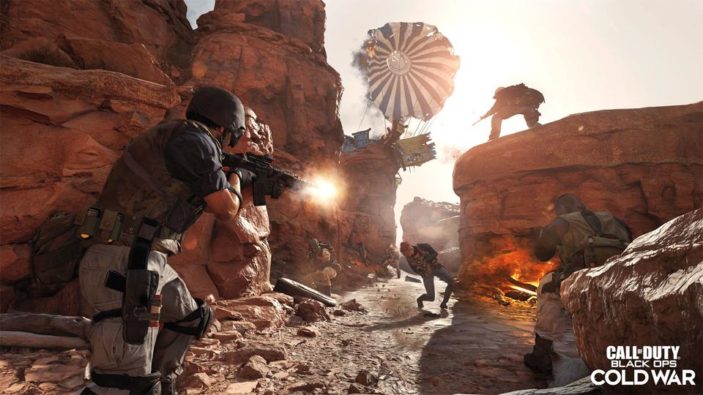 With the recent success of both Modern Warfare and Warzone, being free to play with such a large player base, how has that factored into shaping this multiplayer experience, and what role does Warzone play in this new multiplayer landscape?

Tony: the great thing about Warzone is that it’s an amazing battle royale experience. We can contribute to that, and that suits the need for battle royale, which lets us focus on supporting that with weapons and cross-progression, and then focusing on our core multiplayer and zombies and core campaign. The thing about Warzone that we don’t think about too much, is that Warzone came out this year. It’s not even a year old, so people are not done with Warzone, and we wanted to continue to support that .

Warzone has momentum, so let’s build on that, let’s move forward with that. At the same time, and I’m sure Matt can speak to this, that gave us space to explore new game modes that were not exactly core multiplayer and weren’t exactly battle royale, but kind of filled that space in between, because we know that players like both of those, and that gives us some inspiration on areas to look into, that we might have not looked into otherwise.

Matt: Fire Team Dirty Bomb was successful for us in the beta, and that’s a great example of taking a look at Warzone with the battle royale mechanics, but that’s not really new to us at Treyarch either because we’ve explored a lot with Blackout in Black Ops 4, which had a high player count, mixing in vehicles, limited time modes which weren’t exactly battle royale, respawns and down but not out, so it was taking all of those learnings and looking at some of the really awesome stuff that we’re doing in Warzone.

Going back to that Cold War vibe, with your uranium, dirty bomb and blowing shit up, that’s how we came up with the Fire Team Dirty Bomb mode, a really beautiful mix of multiplayer mechanics with your respawn, battle royale mechanics with looting and armour plates which all came together in a symphony of things that we all felt were very appealing to a huge player base, whether you’re a casual player who wants to go out there and sandbox it and sit on a cliff and snipe, or if you really want to go hard, like myself, you can put the sweatsuit on and go out there for a win, and Fire Team Dirty Bomb is just a really good example of those mechanics coming together. 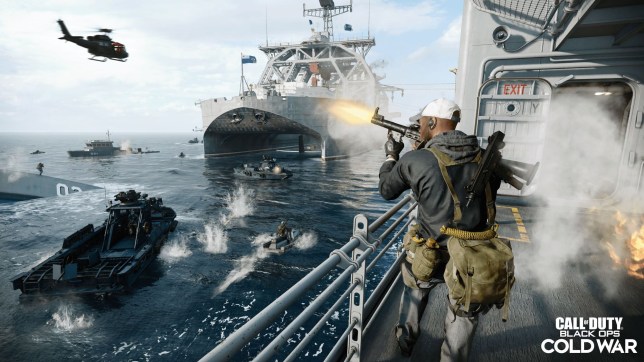 Our thanks to the boys for taking the time to chat with us, and we wish them all the very best for launch. Call of Duty: Black Ops – Cold War launches 13 November 2020 on Playstation 5, Xbox Series X/S, Windows PC, PlayStation 4 and Xbox One.