My Week With Call of Duty: Warzone

If 2019’s Call of Duty: Modern Warfare brought things back to basics with boots on the ground combat, Call of Duty: Warzone brings things back into the mainstream, following the trend of recent battle royale experiences. Merging the fast and fluid gunplay of Modern Warfare with the more tactical drawn out nature of a battle royale might seem like a strange one, but given it worked somewhat successfully in Black Ops 4’s Blackout mode, it make sense it would return here. Warzone is without a doubt an improvement over Blackout, providing everything but the kitchen sink, creating two main modes complete with flair, flavour, and long-lasting fun. Warzone is here, and best of all, it’s free. Without further ado, it’s time to deploy.

I’m admittedly a huge fan of 2019’s Modern Warfare reboot, and was delving in occasionally to experience each new season of the core multiplayer experience, which seemed to be giving the fans everything they wanted. It is with Warzone that Modern Warfare continues this trend, dropping players into a chaotic blend of skill and reflexes. Fortnite has clearly left a lasting impact on the gaming industry, but it’s nice to see Warzone adding its own unique ideas, pushing the genre forward as a result.

Warzone is split into two main modes, namely Battle Royale and Plunder. Warzone’s Battle Royale mode throws an unprecedented 150 players into the city of Verdansk, Warzone’s only map to date. This is in no way a negative however, as Verdansk divides its map into 5 interesting and unique locations to explore, camp and fight in. From the various office buildings, to the snow capped mountains, to the large industrial area, Verdansk does a great job at making players feel as though they are encompassed in a large world that allows for both various strategies and aesthetics. While Verdansk is large, its 150 players will most definitely keep you on your toes. Matched seemed to last between 20 to 30 minutes, with a great balance of combat and exploration littered through each experience, as I found myself clearing only a blocks before encountering a foe. Combat is as tight as the core multiplayer experience which is no surprise, but it’s also nice to know that your combat skills will stick with you, particularly if you’ve spent so much time playing Modern Warfare, as I have.

While the Battle Royale mode is relatively straight forward, with solo play or teams of up to three fighting for the reward of last soldier standing, it’s what happens when you die that proves most interesting. All players are given a second chance – or even more, provided you have the skill, to get back into the fray. When players die, they are treated to a nice little cutscene in which they are tied up and taken to a nearby Gulag. Once there, players are made to wait aside as they watch players duke it out. But once it’s your turn, you better be ready. Each player is made to navigate a small area in a bid to off one another at first glance. Doing so gets you back into the fight, while the loser is definitively knocked out of the experience. This is a fantastic idea simply because it provides another layer of tense action, keeping in line with the chaotic and fast-paced nature of the Battle Royale experience. 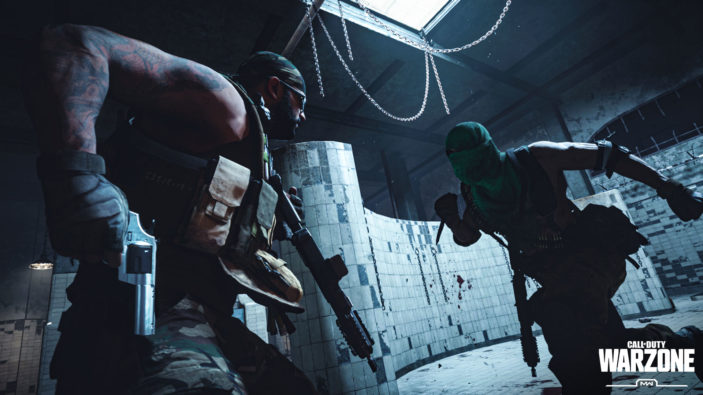 Plunder gives players a second mode to delve into, which still stands as my favourite mode in Warzone.  In this mode, players are placed in teams and tasked with tracking down and collecting as much cash as possible, which is littered throughout multiple locations of the map, in a bid to become the first team to acquire $1 million. You can do this by looting crates and collecting money your defeated enemies may have dropped. The catch however, is that you become targeted as you earn more money, making you a cash cow for your opponents. You can avoid this by dropping your cash off at designated helicopter pads for pick-up, or attaching smaller amounts via balloon drops. To keep things even more interesting, Plunder adds multiple ‘contracts’ throughout the mode, where players can complete specific tasks such as eliminating particular players for extra cash. One of the best parts of this mode is that respawns are unlimited, so it’s less about survival and more about your tenacity, falling more in line with Modern Warfare’s pace and tempo.

Thankfully, players can also utilise their weapons and load outs used in the core multiplayer experience, which not only rewards your hard work and commitment, but also adds value to the Battle Pass, which allows all weapons and gear to carry across. It’s not all bad news for new players however, as their ability to pick up and try any new gun from a fallen enemy is not impacted by their level nor ability to use it. In saying that, free players can’t really do much else with their beginning load outs. It’s also worth noting that while players drop into maps via parachute, the parachute mechanic can take a little getting used to, as you fall incredibly fast yet glide annoyingly slow once your parachute opens. But since it opens automatically when you’re close to the ground, I never found myself deploying it super early unless I was unusually far from a particular location, in which case, I would time when I would jump out into the map in the first place. 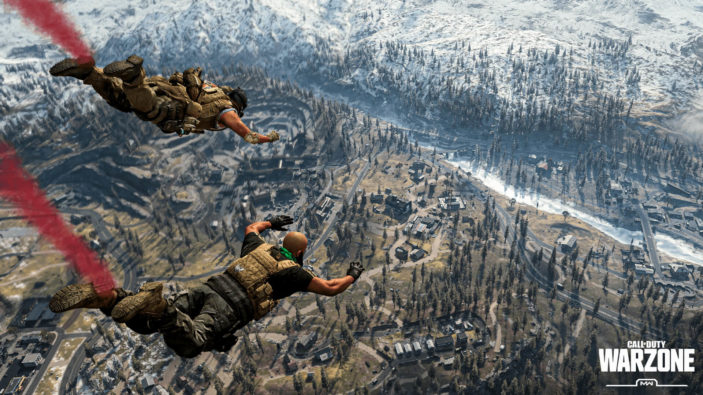 Overall, there’s not really much I can say that’s going to get in the way of recommending Call of Duty: Warzone. It may not reinvent the wheel for the battle royale genre, but it’s one of the better experiences of its kind you can play right now, free of charge. Not having to own Modern Warfare is only a small reason as to why you should try this one out, but more importantly, it’s a competent, varied, deep and addictive take on the battle royale structure, complete with some nifty ideas such as the Gulag mode, allowing you to jump back into the fight all while providing tense and frenetic action. The Plunder mode introduces the same chaos on a larger scale, keeping players engaged with a large number of ways to succeed on an equally large playing field. The Warzone is waiting; I’ll see you in there.

Review conducted on PlayStation 4 and downloaded free of charge on the PSN Store.

Matthew Arcari is a games and technology author at The AU Review. You can find him on Twitter at @chunkysworld1 and Chunky's World on YouTube.

Did iso mess up your birthday? If you're a Krispy Kreme store you could sneak in a free box of Original Glazed before the day is done

Is the new Spongebob any good?

Is the new #SpongeBobSquarePants game better than the original? Check out our latest review!