Previous Halo games have always served as a single-player experience for me. While I did attempt to get into it in the previous title Halo: Guardians, There were way too many other MMO games at that time that had my attention. After a bit of a dry spell this year, I jumped into Halo Infinite multiplayer beta, ready to see what 343 Industries had to offer. While we are being flooded with shooters that encourage online play, an old game crying to get people’s attention needs to be great to stand out from the crowd. Fortunately, Halo Infinite multiplayer knocks this out of the park with its 4v4 and 12 v 12 firefights.

Upon entering multiplayer games, barebones opening levels and steep progression typically lose me. You are usually dropped into matches with players who have been grinding for weeks and destroy you immediately, and you will keep going. Fortunately, Halo’s matchmaking system counters this and matches you with players of the same progression and skill levels, which encouraged me to keep playing. My first few levels allowed me to get a few kills in, while still providing me with a challenge as I wrapped my head around both the fresh controls and variety of weapons. It was simply the best multiplayer experience I have had in years. 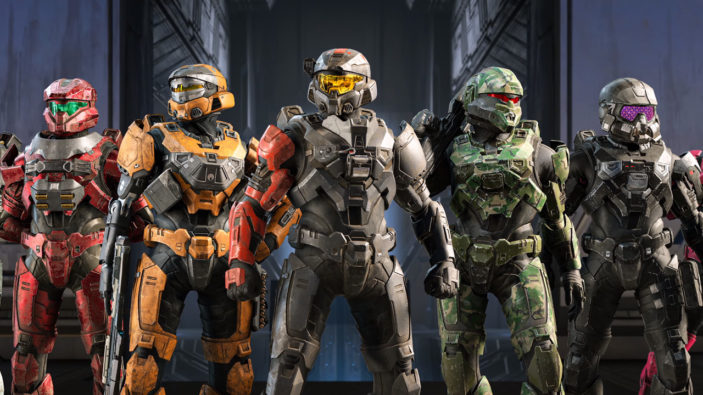 There are five game modes, including Capture The Flag, One Flag Capture The Flag, Oddball, Strongholds and Slayer. They are all different and provide enough variety to encourage you to keep on playing over and over as you attempt to master each mode and level up your character along the way. The primary mode that kept me coming back was the 4v4 which helped me level up and continue to master my controls of the gameplay. I lost countless hours of my life to multiplayer matches and found myself just wanting one more round.

Capture the flag is your stereotypical, yet classic mode; you will work together with your teammates to steal the other team’s flag while hunting down the opposing team coming for yours. This depends on who you play with and how much fun it is. Slayer mode is a team deathmatch; strongholds require your team to control three specific areas on a map. My favourite mode is Oddball; teams fight to control a skull. I had so much fun with this mode; the aim is for your team to hold onto the skull for as long as possible. This is so much fun; I ran around like a crazy person each time I had the skull, coordinating with my team to cover me to varying degrees of success. This mode encourages everyone to jump on the mic and get involved; I loved this form of gameplay, which was the main focus of my multiplayer experience. 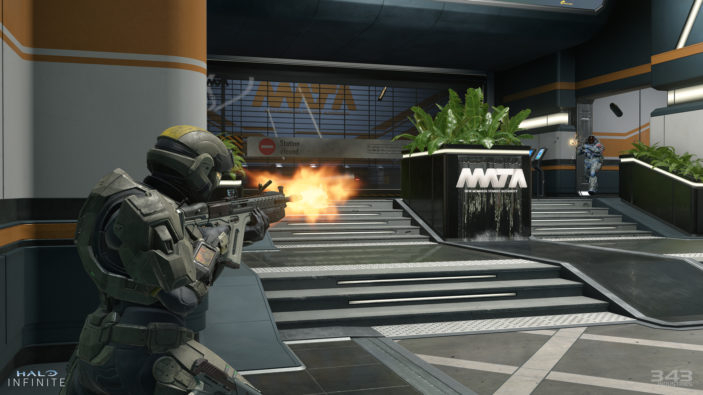 Halo Infinite’s multiplayer has access to seven different maps, all with different visuals and immaculate environmental details. Aquarius was my favourite pick along with Bazaar; having such a tight space where everyone could quickly run into each other was a lot of fun. Picking the right moment to jump in was as thrilling as it was tense, especially when you have to run through the main square and hopefully avoid the middle of a massive brawl. Behemoth is definitely the most dynamic of all of the maps offering a sizeable sprawling space with plenty of breathing room. It is also great to jump into the many vehicles and travel around the map.

Cosmetic items need a little work; for around the first ten hours of the game, everyone really looks the same. It wasn’t till I got further along with character levels that you can customise your Spartan with a sense of variety and depth. This isn’t a huge complaint but is very noticeable. Seasoned players may not enjoy the amount of time the game gives you to get used to its mechanics. If you are well versed in the guns and maps, then the slow progression may feel like a bit of a chore. 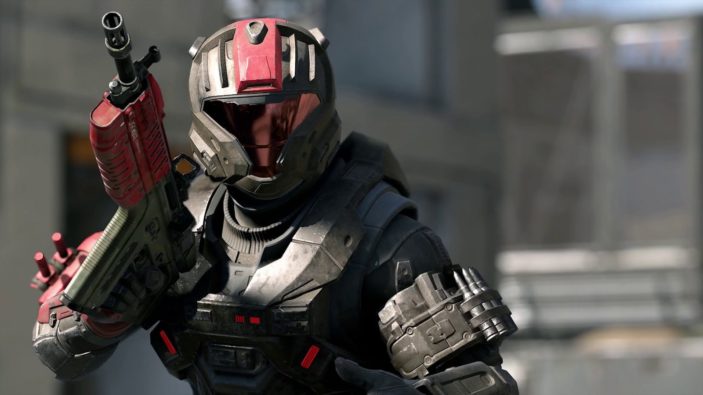 Halo Infinite’s Multiplayer is undoubtedly one of the most successful multiplayer online launches; it was able to release without a ton of issues and showcase a beautiful beta that gave equal access to Game Pass subscribers while adding in the main single-player campaign later. The maps are beautifully detailed, and the range of weapons from throwing well-timed grenades at Warthogs and using your grappling hooks to zip away from other players adds a whole new level to the title. Halo Infinite’s Multiplayer offering will keep you coming back for more and roping your friends in for one of the best multiplayer games I have ever played.