Welcome Back to the Land of Opportunity

Even so, it’s still heart-warming to note that these games have aged well in certain places. Across the board in all three games, the writing is sharp, missions are fun and each city feels distinct and iconic. You would think between Grand Theft Auto III and Grand Theft Auto: San Andreas that the franchise had taken major leaps and bounds, leaving the older sibling a dated mess.  Thankfully, this is not the case. Grand Theft Auto III still feels just as sharp and humorous in its dialogue and witty characters, along with the two latter titles. They’re still a blast to play through for the story alone, and with all original dialogue and voice performances in tact, the quality on this front remains.

Visually, Grand Theft Auto: The Trilogy: The Definitive Edition, feels polished enough. Some characters have fallen victim to bland expressions while some environments have suffered muddy textures on occasion. But overall, I was impressed to see just how much of the art style remained. When playing these games many years ago, I’m sure many of us thought certain character designs were subject to the limitations of the hardware. This time around, the exaggerated character designs are highlighted, leaving me feeling open to a modern take on such an art style. 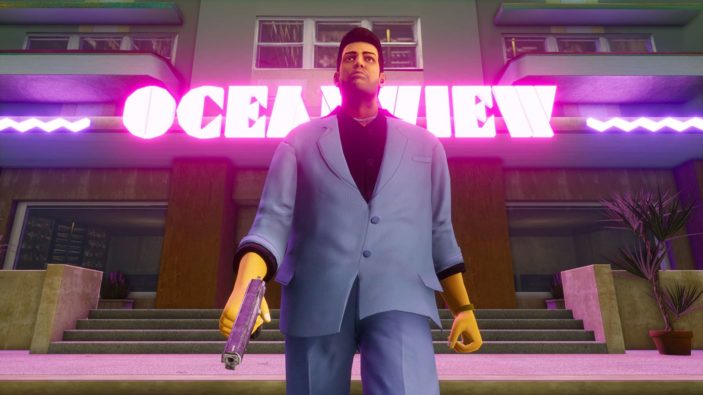 But playing each of these games is unfortunately where the experience begins to show their cracks. Chalk it up to the remaster for not necessarily enhancing or adjusting any of these mechanics, but each title just feels clunky in the hands. It might be having to mash the sprint button, followed by an entire second delay, before you’re off and running. It might be the somehow ‘new and improved ‘ aiming system that highlights an enemy with a white outline, even though you’re visibly locked onto them. Aside from the new weapon and radio station selection wheels, hardly any of Grand Theft Auto V’s solid shooting and driving mechanics have carried over. Sure, these games aren’t necessarily remade, but it doesn’t mean these improvements have suddenly made the game entirely suitable for modern gameplay standards either.

Beyond this however, the visuals hit a number of speed bumps. Muddy textures and bland expressions aside, it’s clear that little has been done to enhance any of the environments with new assets or mechanics. Menus are basic and bland, buildings still sport pixelated signs and each protagonist looks shiny, but ultimately flat and expressionless. It’s not really an indictment on the original games, but more so a realisation that a remaster simply may not have been the right direction in terms of bringing such dated games to a new generation of consoles; especially when you hold it up to an enhanced and expanded Grand Theft Auto V. Draw distances have been improved, bringing a sense of scope and depth to each city, but it also feels like for every positive, developer Grove Street Games have somehow balanced it out with a negative.

Seriously, the way rain has been implemented into this trilogy is unacceptable. In the original games, rain may not have been a highlight, but fell evenly throughout the environment, never hindering your progress or vision. Here, rain is quite simply a flat sheen of white droplets over the screen, as if I’m constantly driving through torrential rain. To make matters worse, you can clearly see where the rain is falling within the environment, making the façade that much more noticeable. 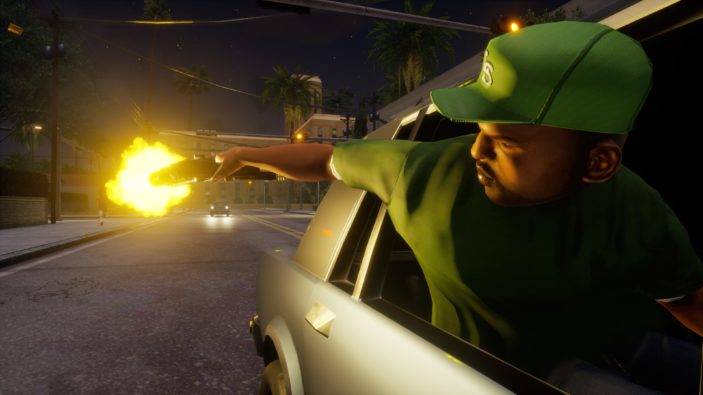 In terms of performance, Grand Theft Auto: The Trilogy: The Definitive Edition struggles at every turn. The frame rate is consistently at odds with itself. On PlayStation 5, the experience rarely maintains it’s intended 60 frames per second in Performance Mode. It plays nicely during cutscenes, but during chaotic driving missions or frenetic encounters, expect things to dip consistently.  I would love to say that one title performs better than the others, but when they all falter so frequently, it’s hard to tell. Thankfully, I rarely encountered many of the bugs, glitches and crashes that many are currently experiencing. Certain clipping issues persist and animations can prove a little wonky when getting in cars from awkward angles, but once again, I understand this may be the result of dated game design.

Unfortunately, to call Grand Theft Auto: The Trilogy: The Definitive Edition ‘definitive’ at all seems like a bold choice. Bugs glitches and frame rate drops that were never an issue in the originals is a good place to start. You could also make the argument that certain aspects of game development such as music licensing can always be a challenge to maintain after so many years. Personally, not hearing Michael Jackson’s Billie Jean upon booting Vice City up for the first time was a true punch to the gut. Sure, it’s only a handful of tracks that have been removed, but the point remains; if certain positive aspects that were originally present are now absent, how could this claim to be the superior version? 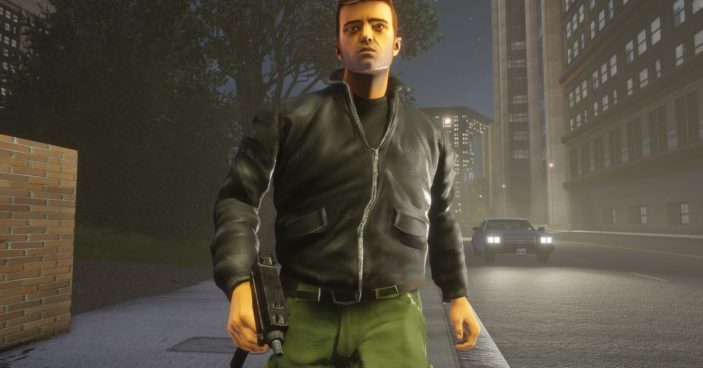 I don’t mean to beat up Grand Theft Auto: The Trilogy: The Definitive Edition. There are three truly fantastic games on offer here; if a little hard to find. Iconic characters, witty writing and some exciting missions all return. But they are consistently bogged down by bland visuals, inconsistent performance and wonky gameplay mechanics. This might be the only way to play them given the dated hardware and accessibility. But if you’ve still got these original titles and hardware lying around, this might not be the best way.