Games Review: The World Ends With You: Final Remix (Switch, 2018) is the triumphant return this hidden gem deserves 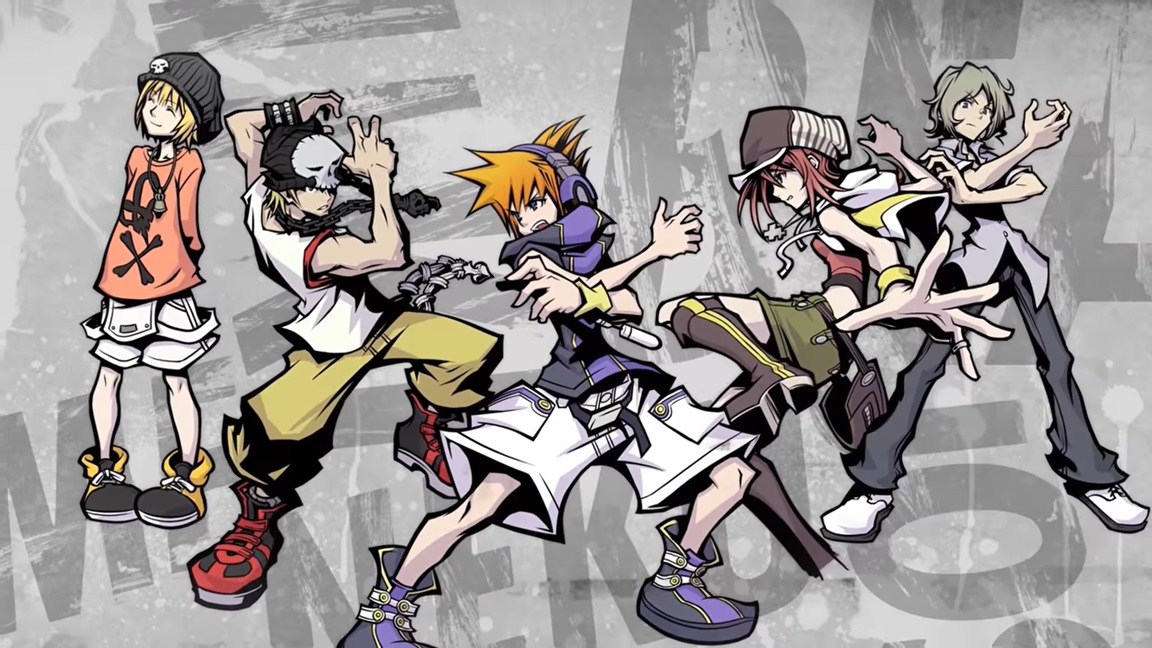 The World Ends With You is frequently spoken of as one of the greatest games developed for the original Nintendo DS, with a killer story and gameplay that used the full capacity of the innovative touch screen.

Despite how well-received it was, TWEWY also went somewhat unloved in the wider gaming scene, and has come to be regarded as one of Square Enix’s hidden gems. Porting it to the Nintendo Switch was an inspired decision, and one that gives the game a new chance to shine.

TWEWY follows the misadventures of Neku Sakuraba as he finds himself caught in the Underground, a mysterious plane of existence separated from the real world. As the story unfolds, more is revealed about this plane, and the evil Reaper’s Game that Neku becomes part of. To say any more about it would be to spoil the brilliant intricacies of the title, as the central mystery is genuinely gripping and well told.

As Neku traverses the Underground, he battles a range of entities, known as the ‘Noise’, creatures that can only be harmed by the use of ability-granting ‘pins’. Each pin you collect adds a new ability such as pyrokinesis, telekinesis and lightning creation that can be used one of two ways to progress through the game. 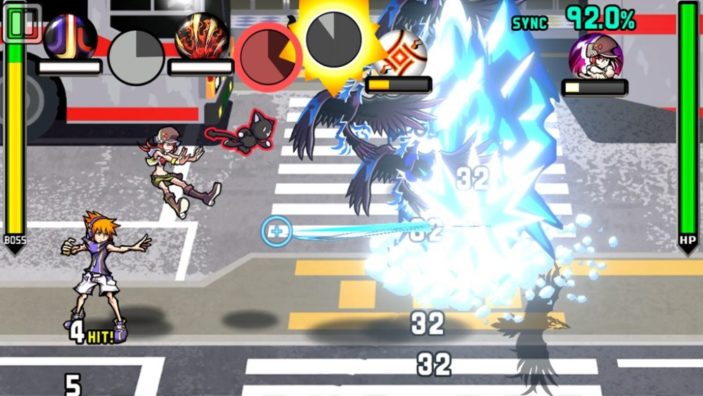 Final Remix offers two combat systems for handheld and docked modes. Docked mode features a Wii-like control system where attacks can be performed by swipes, clips and swirls from the joycon. The second combat system for handheld mode allows direct attacks via the touch screen.

The game is one of very few currently on the Switch that uses its touch screen capabilities, adapting the original control scheme directly from the Nintendo DS. The results are fantastic, and it presents a combat system that is immediately unique and genuinely fun to learn.

By swiping, tapping, dragging and drawing, players can manipulate objects, generate fire and send bullets flying via the touch screen. While the original system on DS had several control issues, this updated edition has fine-tuned the combat, making for a smooth and fun experience as you work to uncover the mystery of the Underground and its connection to Neku.

Final Remix also adds in a delightful co-op mode in combat, where a friend can take control of Neku’s partners via the second joy-con and help take down the enemy.

Neku is an interesting protagonist in modern gaming because he represents all that was ‘cool’ and ‘edgy’ in 2007. With his spiked hair and ‘fuck off’ attitude, he’s everything JRPG fans loved in the late 2000s. With time, however, comes wisdom, and in 2018, Neku’s characterisation often grates. 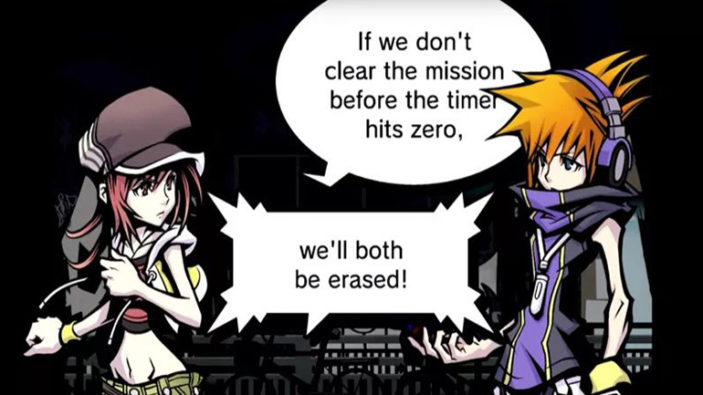 Neku consistently refuses help from his teammates, acts suspicious of his friends and stubbornly wanders off alone, only to walk into danger. He’s joined by a series of mysterious partners along the way, including Shiki, Joshua and Beat, all of whom have important parts to play in his story – despite his angry and childish protests. As his character grows, so too does the game.

TWEWY: Final Remix is a stunning remaster of the original title, transforming its pixel-art style graphics into an incredibly neat, cel-shaded world. Final Remix retains all of the unique charm of the original and gives it a new lick of paint. In both handheld and docked modes, the game oozes style. The game looks like nothing else of its kind.

Tetsuya Nomura’s always-brilliant character design shines in TWEWY‘s dialogue-heavy cutscenes, making even the most innocuous conversations seem gorgeous. The world of the Underground, largely based around Shibuya in Japan is similarly well designed, with a map that’s easily traversed, highly accessible and supremely good-looking.

This design is backed by a soundtrack that’s become iconic in its own right. TWEWY‘s soundtrack, composed and produced by Takeharu Ishimoto, is a collection of catchy hip-hop beats featuring fully voiced tracks from popular Japanese artists. The original music has been remixed for Switch, adding to the already well-loved score, but both versions exist in the game and can be accessed via the main menu. The soundtrack adds so much to the world of the game, working to emphasise the edgy, urban feeling of the Underground.

The World Ends With You: Final Remix is a shining gem of a game, taking everything that was beloved about the original and giving it new life for a modern audience. For returning and relapsed fans, there’s plenty new to discover, including additional Switch-only content, and for everyone else – it’s a great chance to check out one of the modern Nintendo DS legends. Play this game.

Review conducted on a Nintendo Switch using a pre-release retail code provided by the publisher.