Heaps Good Festival was a triumphant day of music 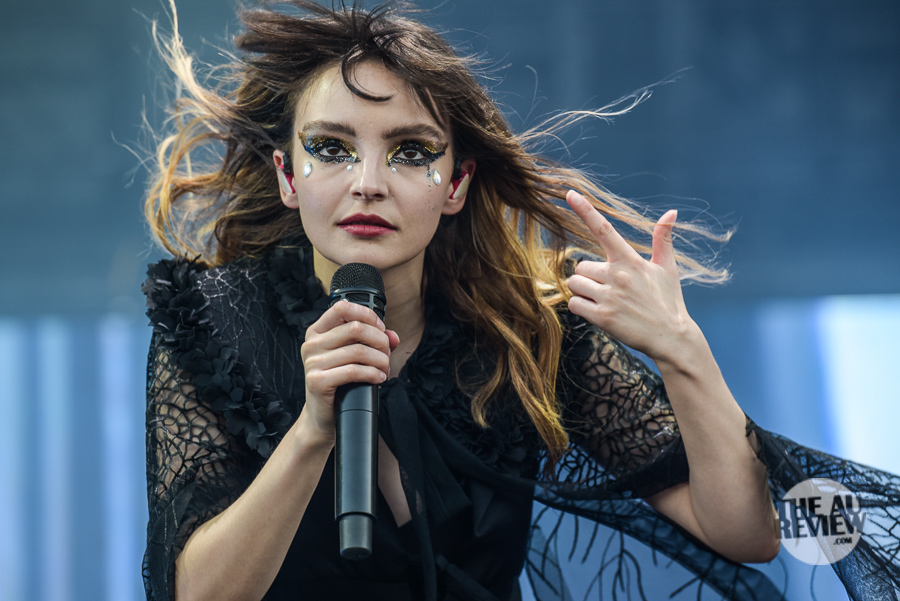 For native South Australian Croweaters the expression “Heaps Good” is used to denote something better than good; i.e. “That’s Heaps Good.” Hence this festival lived up to its name of being Heaps Good.

With headliners Arctic Monkeys, CHVRCHES and Jamie XX, how could you go wrong? The outdoor Eucalyptus Stage opened with  local acts Mum Thinks Blue followed by Peach PRC who both warmed up the crowd. The sunny 31C day was amenable to music wine and song and the mood was one of love and happiness. Over in the air-conditioned Bottlebrush Stage, upbeat dance tunes from Claude and Ebony Boadu kept the vibe going for those who preferred to stay out of the sun.

Plenty of food stalls, water stations, handicraft markets, kept everyone entertained between acts. Even the ferris wheel was operating for the more adventurous punter.

As the day progressed, the music kept coming, with upcoming band King Stingray a hit. UK rapper Pinkpantheress was almost overwhelmed at the size of the crowd. Despite the unfamiliar mid afternoon heat she punched out a solid set. Likewise, G Flip stepped out from behind her drum kit to belt out some smashing tunes.

Ocean Alley chilled things down for just a hot minute before Spacey Jane ramped up the energy once again. As the sun started to set over the grandstand, CHVRCHES hit the stage, with lead singer Lauren Mayberry delivering a captivating performance. Meanwhile, Jamie XX was diving into his vast back catalogue to a room full of dance music lovers.

Finally, the band everyone was waiting for, Arctic Monkeys, exploded on stage. An impromptu version of “Happy Birthday” erupted from the crowd for lead singer Alex Turner. His sunglassed, suited stage presence is electric. The band delivered two hours of songs from the six albums of their catalogue. Cool, charming and suave, all eyes are on Turner.  The performance is polished and satisfying to watch.