Pikuniku is an absurd, charming little game from the folks at Devolver Digital, and one that is absolutely fascinating. Styled after the whimsical platformer titles of the PS2 era like Loco Roco and Katamari Damacy, Pikuniku follows the struggles of a little red blob as he awakens in a strange land filled with shiny, happy people.

The game takes place in a colourful world of pastel shapes, all smiles, good times – and money! Free money that falls from the sky! Also, cameras watch your every move, and there’s a giant robot that occasionally flies in from the sky to take your crops away. Also, it sometimes takes your friends away, too. But everything is fine! 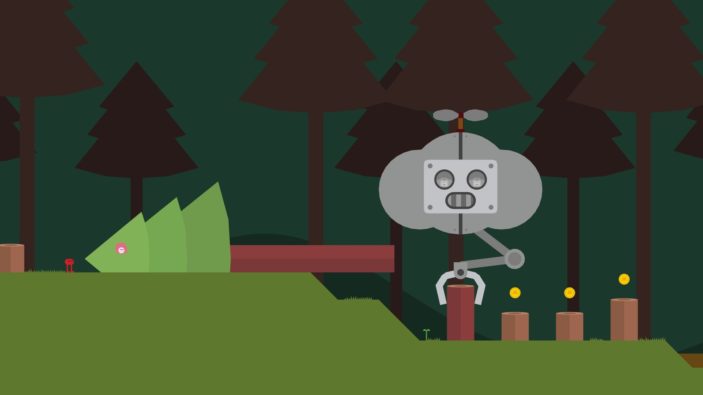 Hiding under the surface of the world of Pikuniku is a deep-rooted conspiracy that feels all too connected to the goings on in our own world. The first hints you get of this is the appearance of miniature cameras that peek out from behind bushes to watch you, and later, one of the world’s creatures remarks that sometimes, the prettiest people tell the most beautiful lies.

The style and tone of Pikuniku is at odds with its dystopia, making the game all the more fascinating. While it is only a short journey (the story takes about 3-4 hours to complete), the game makes sure it’s a meaningful one, with delightful characters, a deep story and addictive, strange gameplay.

While it would be easy to write off the game as weird or inaccessible, that would ignore how clever the central conceit and writing are. Pikuniku is equal parts horrifying and hilarious, with laugh-out-loud humour, endearing character bits and a cheerfulness that’s hard not to share. 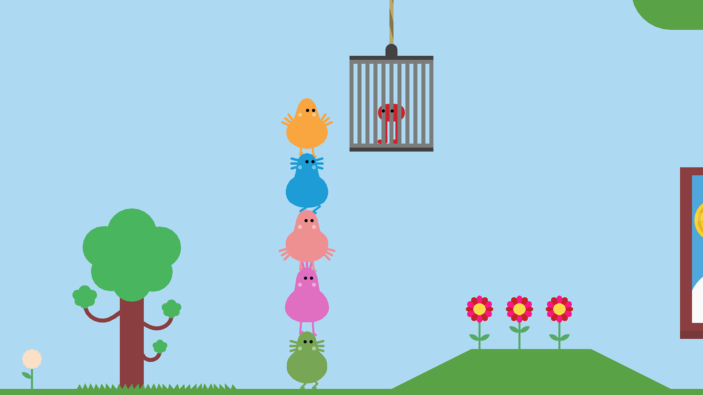 Going deeper, the narrative dissonance between the lively, childlike world that the game takes place in and the serious threat it faces from government control is stunning, and means that Pikuniku is far deeper and more meaningful than it first appears. Every piece of the world has purpose, and the more you uncover, the deeper the story becomes.

To take it at its surface, Pikuniku is a platforming adventure game where you take part in minigames and boss battles while collecting items that will help you progress to the next area. Some of these minigames include collecting a bunch of apples, performing in a dance battle and yeeting a spider out of a tree to form a bridge. 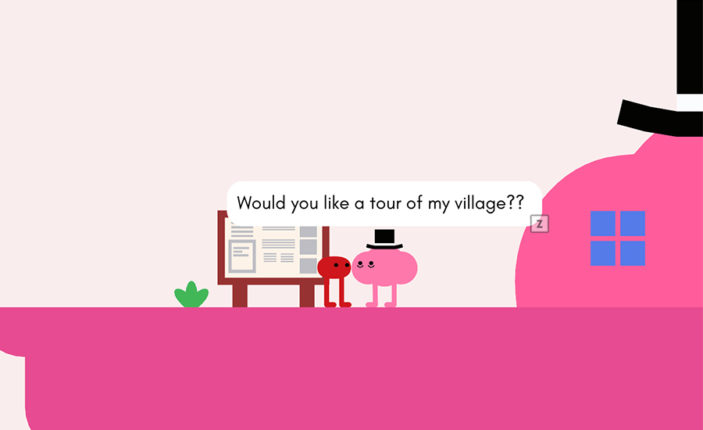 As the little red blob protagonist, you can kick, jump and roll your way through the world, and these abilities are essential for solving the game’s puzzles. Movement is jelly-legged and awkward, but also extremely charming – you’ll find yourself attached to the little red blob very quickly because of it.

The world of Pikuniku is filled with charming and hilarious characters that elevate the absurdity and fun of the game. With excellent writing and a surprisingly sinister plot, it went far beyond my expectations to carve out a meaningful and brilliant story that is well worth checking out.

Reviewed on a Nintendo Switch with a retail code provided by the publisher.