The NBA 2K series is back for its 20th anniversary, which seems like a long time for a video game franchise, but has proved to be time well spent, with the NBA 2K franchise becoming the preferred platform for many NBA fans, including myself. It is with great satisfaction that I can say that while the series may have faltered in the past, NBA 2K19 is most definitely a step back in the right direction with some improved gameplay mechanics, immersive career mode and updated visuals and character models. While there a still a few hiccups and some largely unimproved modes such as MyTeam, NBA 2K19 is once again the king of the court.

The NBA 2K series seems to have slowed down for quite a while now, offering minute yet important updates, tweaks and additions in order to fine tune the experience we all know and love, and NBA 2K19 is no different. The first thing that stands out is the overall improved all around feeling the gameplay offers, thanks to some much needed tweaks that make you feel more grounded, weighty and in control of the ball. Players behave much more like their real life counterparts, so there’s no excuse for turning over the ball when trying to cross up point guards with centres like Joel Embiid or Al Horford. The shot stick has also been improved, and while it’s only slightly, there is more variety in shot choice, and some added balance when flicking the stick a certain direction. It just doesn’t feel as finicky anymore to post up and turn to the ring, just a simple flick will do.

Defensively, the game has changed the most, as once again players prove weightier and more grounded than ever before. I found myself finding it incredibly hard, even with gifted ball handlers like Kyrie Irving or Stephen Curry, to blow by defenders with ease. If that 6 foot 10, 120 kilogram defender in front of you looks like a brick wall, he probably is. As such, you’ll find yourself having to use the shot stick more than ever, creating and experimenting with new moves and finding new ways to fool defenders instead of simply hoping for the best and cutting straight to the rim. 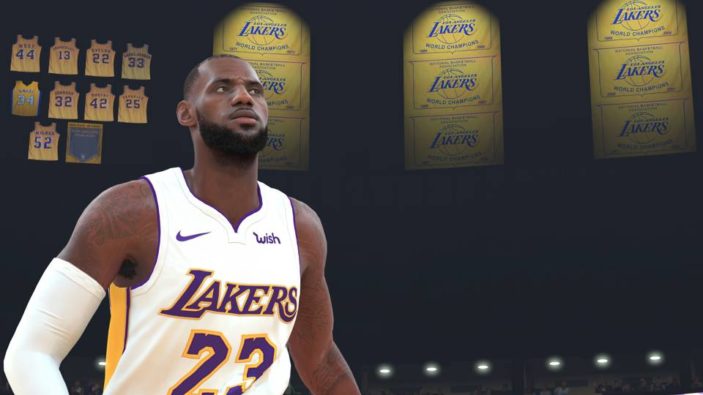 A notable change to NBA 2K19 is the Takeover System, which behaves very much like being “on fire” in the previous iterations. Here, players can dominate the game to the point where the takeover system can be activated. In the MyCareer mode, this can be activated with the click of the right stick when you believe the time is right. Here, you seem to have much more control over your player, and as a result the game itself. Players basically unlock new animations and abilities mid game, which is mostly noticed when using point guards, who can shoot, dribble and drive. This is a welcome change as it once again encourages players to experiment and discover new abilities and animations. However, there is a time limit, with the system only allowing you to dominate for around 30-40 seconds. I found this severely frustrating due to the fact that even if you worked so hard to get your player going, and still destroy during the takeover system, you’ll be brought back to your standard abilities even if you’re still hot. The original ‘on fire’ mechanics worked in such a way that allowed to you stay hot as long as you were hitting shots. It may seem unfair in theory, but this encouraged the defenders to shut you down immediately or else you were gonna create a heap of problems really quickly. Here, the Takeover System’s limired duration means you could be locked down for that entire time and given extra attention, because it’s quite clear that in 30-40 seconds, no matter what you do, you’re going to “cool down”. I understand why NBA 2K19 does it this way, as players seem to give outbursts during regular games, but it’s not the same for everyone, and should therefore be adjusted accordingly.

The main spread of modes are back in full force, with modes like MyLeague and MyGM allowing for a ton of creation and control over the league, it’s teams and schedule. The newest MyCareer mode titled “The Way Back” honestly shines compared to previous story based MyCareer modes. Your custom created character stars as A.I., a talented hooper who misses his opportunity on draft night, and must head to Shanghai and begin a classic journey of redemption. There’s romance, betrayal and even some hilarious moments, thanks to some impressive motion capture performances by Anthony Mackie and Hayley Joel Osment. Its story won’t win any awards any time soon, but compared to previous years, The Way Back packs in a surprising amount of heart through its 5 or so hour runtime, before the career mode opens up and becomes your standard MyCareer fare. In addition to this, MyTeam also makes its return as the wildly popular, Virtual Currency (VC) churning create-a-team experience. With the introduction of triple-threat, a 3v3 mode that can be played against the CPU mimics it’s MyPark counterpart, a multiplayer haven for street hoops, and with the popularity of the 2K League and e-sports being where it is, MyTeam Unlimited seems players putting a complete team together for 5v5 gameplay, which counts towards a real-life tournament with a glorious $250,000 prize. Overall, it’s the same MyTeam from here on out. There are some fun single player challenges, but all in all, you can earn VC in game at a rate so slow you’ll want to rip out that good old credit card and pray the bank is feeling generous. 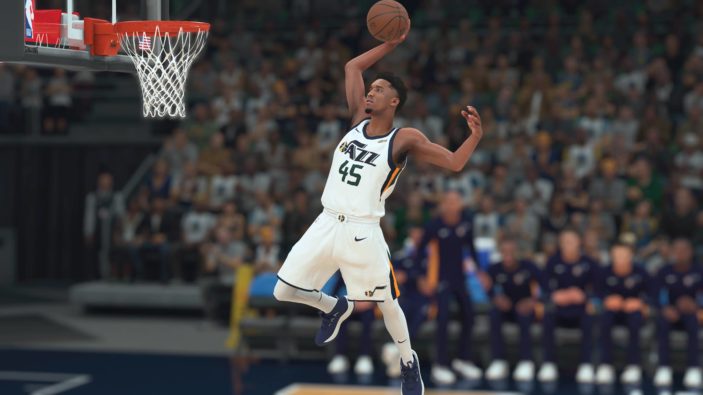 This time around though, it’s NBA 2K19’s style and presentation that puts it a cut about the rest. Pre-game presentations starring Earnie Johnson, Shaquille O’Neal and Kenny Smith are back and funny as ever, although their animations still feel stiff and rigid. Guest commentators such as Kevin Garnett, Kobe Bryant and Bill Simmons are a nice touch, but still provide some cringeworthy lines. Play a game with or against the Boston Celtics with Bill Simmons commentating and you will never hear the end of what it means to be a Boston Celtics fan. And trust me, I myself am one. However, those easy to navigate menus, trusty and well selected tunes and updated 2KTV shows that this series is always looking to improve, and similar to a star player, while you may be comfortable with where you’re at, there’s always more work to be done.

Overall, it’s hard to really hate on NBA 2K19 in such a way that can’t be forgiven. For all it’s shortcomings, the majority of modes and mechanics are improved enough that it feels fresh and fine tuned, without feeling completely different. Casual fans might not care about the Takeover System’s shortcomings while it may leave hardcore fans like myself scratching their heads. The Way Back is an impressive story driven example of the potential for these modes to be taken seriously, and at the end of the day, it’s just pure, fun, functional basketball. After 20 years, this series is still undoubtedly the king of the court.