Games Review: Dark Souls Remastered (Nintendo Switch, 2018) is as Masterful as it is Portable

Dark Souls Remastered finally makes its way onto the Nintendo Switch after bringing its most polished iteration of the game to date on those respective consoles. I am glad to say that Dark Souls Remastered’s latest outing is as good as it’s ever been, bringing players back to the world of Lordan; and being able to take that entire world on the go. While it’s not as technically gifted as the Playstation 4 or Xbox One versions, make no mistake, this is an impressive step up from the original experience in almost every way. Porting something so well known and popular to the Switch manages to breathe new life into a title I did not think was capable of. 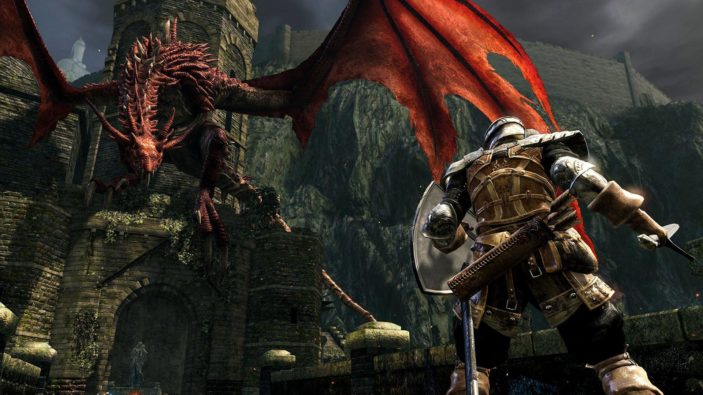 While I had previously reviewed Dark Souls Remastered on the Playstation 4, let it be known that the Switch version does nothing new. Don’t let this derail you however, as that was not its intention, rather allowing you to take that same experience on the go. And strangely, that was all I needed. For those of you new to the franchise, allow me to dive into my previous review to further describe the overall experience of Dark Souls Remastered:

“From the get go, Dark Souls Remastered doesn’t seem to revolutionise the experience, instead refining it, all while respecting what made it so great in the first place. Players are left to take their custom created character, fitted with class-based attributes and a chosen ability, through an undead land, with danger at every turn. While the story remains intentionally minimalistic, you’ll find that the world itself packs it’s own subtle yet noticeable punch, through a blend of bright and neutral colours, complete with some gorgeous updated lighting effects to make it all pop.” 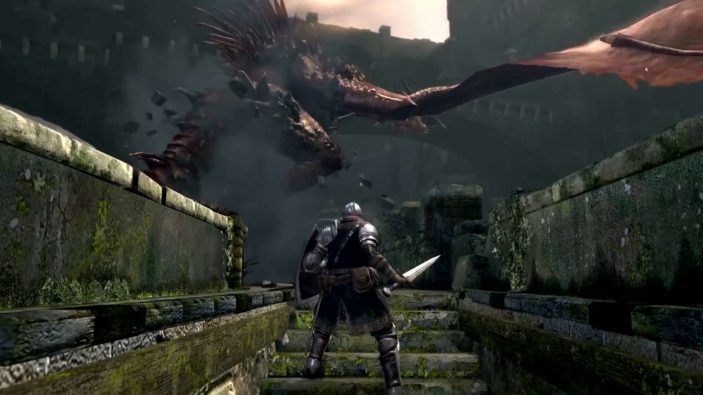 The Switch version is not identical due to its graphical limitations, but it comes pretty close. Lighting effects are almost on par with its current console counterparts and I barely noticed the lack of polish between each version. While the original Dark Souls was weighed down by various glitches and frame rate issues, you’ll be glad to know that the Switch version does away with these issues, and consistently so. While the experience is capped at 30fps as opposed to the 60fps experience offered by both PS4 and Xbox One versions, the frame rate ran so consistently between handheld and docked play-throughs that I barely noticed what I was missing out on, arguably impressed by the Switch’s ability to run what can still be considered an upgraded experience with no issues. It’s no secret that the resolution of the Switch wouldn’t match either, with the handheld mode locked at 720p and the docked TV mode switching between both 720p and 1080p depending on certain situations such as combat and rendering. But even so, the upgrade is still noticeable, and for that, I found that it didn’t really distract nor annoy as much as I had originally anticipated.

Much like Dark Souls Remastered on current generation consoles, and as noted in my original review,  “Dark Souls Remastered returns with Artorius of the Abyss DLC, which is a nice touch for anyone who missed out the first time around. Seeing DLC included in remasters always brings a smile to my face, seeing as I always tend to miss them in the first place. However, if you’ve played all the DLC has to offer, Dark Souls Remastered shrugs its shoulders as its single player component has nothing left to give at that point.” 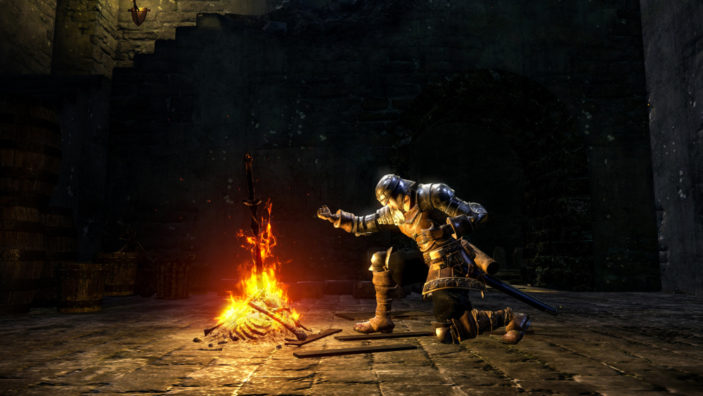 Multiplayer also makes a return and functions very much the same way it did when released on the other current generation consoles. This is not a bad thing at all, as six players can now partake in dedicated serves as opposed to the original four, which is still a nice touch. Once again, from a gameplay perspective, Dark Souls Remastered holds on to all those little changes which made it great, such as being able to select and consume multiple items at once, as well as fixing the HUD issue so it no longer takes up what seemed like half the screen on the original experience.

Overall, Dark Souls Remastered is as good on the Nintendo Switch as it has ever been, plain and simple. Keeping all the same additions it its current console counterparts, Dark Souls Remastered remains incredibly polished compared to the original, and performs considerably and consistently better to. While it seems like a downgrade in regards to frame rate and resolution, the fact that the experience is so smooth and consistent makes these aspects seem forgivable, as Dark Souls on the go has never looked and felt so good.