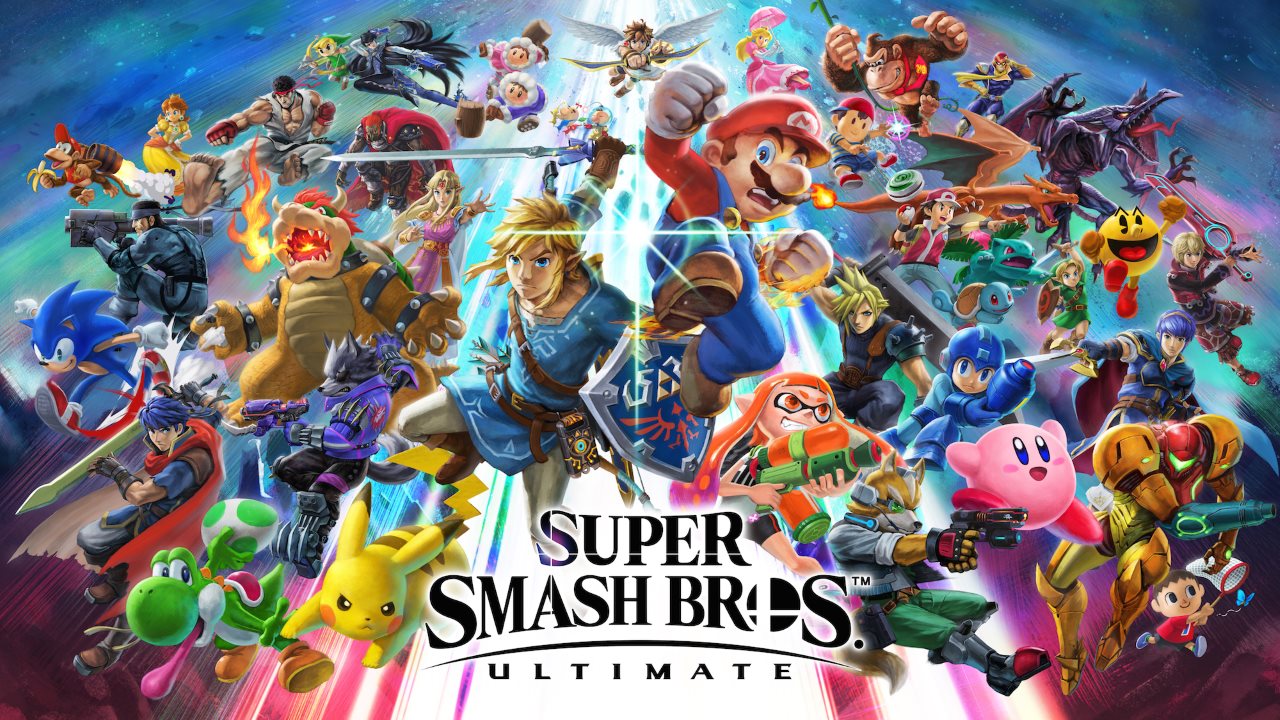 It’s hard for me to believe I used to be really good at Super Smash Bros. And not merely good when compared to the group of friends I played with — I wasn’t even the best among them. I understand now why people didn’t want to fight any of us after more than a round or two. We were vicious, clinical in our ability to land strong hits even in the din that was the average Smash Bros match. I think about that now and I’m blown away. That we accomplished many of these feats with an N64 controller only flummoxes me more.

Anyway, I played Super Smash Bros Ultimate this afternoon and to say that my skills have deteriorated is to undersell how bad at the modern version of the game I am.

We played the game at a little bar called The Bowery Locksmith in Richmond in Melbourne’s inner east. The setup was four to a Switch console, items on, free level select and matches on a 5 minute timer.

We were playing the build from E3 2018, meaning any hopes for playing as Simon Belmont and King K.Rool, announced last week in a Nintendo Direct broadcast, were dashed immediately. The news that they wouldn’t be playable sent an small ripple of disappointment through the assembled crowd of media and influencers.

We were presented with two different controller set ups. Some stations were equipped with Switch Pro controllers and some with the new Smash Bros Ultimate GameCube controller that will coincide with the game’s December launch.

It was clear right away the GameCube controller is still the preferred input when playing Smash Bros. Using the Switch Pro controller, which I usually love, was very strange. The inputs were where I expected them to be — A, B, X and Y are all still bound to the same attacks and jumps as in previous iterations. The L and R buttons are still bound to Roll and Shield. It’s all there, I should be able to play it. But try as I might, I couldn’t get my head around it. I realised it’s the shape of the Pro Controller’s buttons that was bewildering me.

The GameCube controller makes sense for Smash Bros. The large green A button in the centre for all your utility attacks, the smaller red B button for the stronger stuff. The kidney shaped X and Y buttons sit above A, so easy to roll your thumb onto. The wide, chunky L and R buttons provide that click of feedback, confirming your rolls, air dashes and shield-ups. Those of you who still have GameCube controllers of your own, or picked up the GCN controller/adapter set when Super Smash Bros for Wii U first launched, will be pleased to know that all your GCN controller will work with Super Smash Bros Ultimate provided you have that adapter.

How strange it must be for Nintendo to have created a popular fighting game that only feels right when played on a controller from a system that’s over 15 years old. How to solve that particular problem? If Smash Bros. is to survive as a series beyond the epic Greatest Hits package that is Super Smash Bros Ultimate, then Nintendo might need to figure something out because those old controllers are gonna give out sooner or later and Nintendo can’t keep selling GameCube controllers for one specific game forever. Can they? Smash Bros‘ case is unique among all of Nintendo’s properties. Ninty are typically urges players to try control schemes that involve their new controllers. Super Mario Odyssey took every opportunity to suggest using the Joy-Cons. Star Fox Zero was gonna use that Wii U GamePad or perish in the attempt (which it did). Smash Bros, on the other hand, never explicitly urges you to use a GameCube controller. But the fact that Ninty is still making it available for use with Smash Bros proves Nintendo knows how core the controller is to the game’s success.

What didn’t change, irrespective of the controller I was using, was that every match I played was pandemonium. Items, characters, shifting levels and more all bashing into each other in a whirl of light of sound that is the series’ hallmark. It took five or six matches before I’d started to really shake the rust loose. Another five to become re-accustomed to tracking my character in the fray. Then a spot opened at one of the stations with the GameCube controllers and I hustled over.

The moment it was in my hands, I went full blown Galaxy Brain. Some kind of idiot, fighting game Bourne Identity moment played out in my head and, with only the feeling of the GameCube controller in my hand, I remembered it all. Suddenly I knew how to play Super Smash Bros Ultimate.

Fox. Green shirt costume. Pick a level, I don’t care which. Let’s do this. I still wasn’t the best Smash player in the room by any stretch, but at least I could now hold my own.

The game looks and runs very similarly to Super Smash Bros for Wii U. It’s fast, it’s fluid, and even with all the action on the screen it never seemed to drop a frame or miss a beat. We did get to have a play around with Metroid villain Ridley, one of the game’s newest inclusions. He’s very large and uses his long reach to land powerful melee attacks. His wings also allow him limited aerial capabilities, but he’s such a big target that it’s easy for other players to catch him.

We were also told the build contained one or two things we weren’t allowed to talk about just yet, and that we would be alerted should any of us run into those things. I didn’t see anyone get pulled up by the Nintendo reps on site so it mustn’t have come up. I assume its some kind of item or assist trophy Nintendo haven’t announced yet.

Super Smash Bros. Ultimate already feels like everything fans want it to be. Nintendo’s goal with this title seems to be primarily content driven, throwing in the kitchen sink for a community that howls for more day-and-night. In that, it seems like its going to be a rousing success. I look forward to taking Simon and K.Rool for a spin in December.