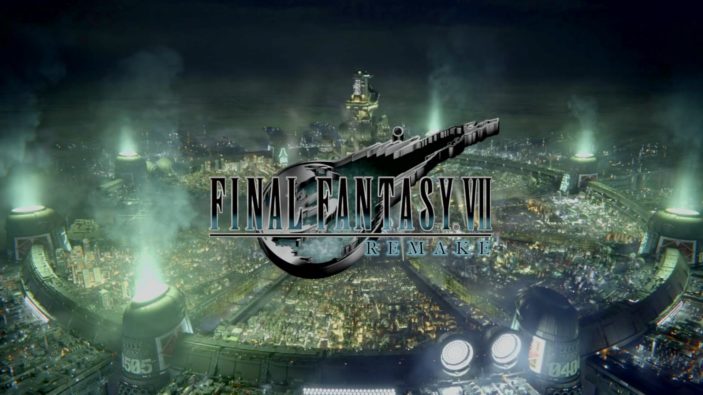 When your goal is to remake a game like Final Fantasy VII, where do you even begin? Lets set aside its legendary status and the pressure of delivering on such a project. Consider instead the more intricate moving parts — its characters, mechanics and systems, its visuals, art direction, and score. Its sheer size presents yet another challenge. Final Fantasy VII was a mammoth game when it released in 1997. It was so large that it shipped on three compact discs, unheard of on a console. Square Enix is yet to confirm if the remake will be split up the same way.

We spent four hours with Final Fantasy VII Remake on a humid February day in Sydney. Our preview was held on the lower levels at the Powerhouse Museum. It was a fitting venue, filled with marvels of the industrial age — iconography that is ingrained in FF7‘s DNA.

Midgar is the memorable hub of Final Fantasy VII‘s early game. It is where the core cast are introduced, and where the game’s broader themes are cemented. Midgar feels like a city striding toward a Blade Runner style future as it clings doggedly to 20th-century technology. It’s a game with an interest in political activism. It takes seriously the power inherent in changing your beliefs and acting on them in the common good. It’s hard to think of a better political moment for Final Fantasy VII to return to the public consciousness.

Final Fantasy VII Remake appears to add an interest in consequence to the list. If you’ve played the original game, then you’ll know that it famously opens with a raid on the Shinra Corporation’s Sector 1 reactor. Central hero Cloud Strife, Barret Wallace, and the team from eco-vigilante group AVALANCHE break into the reactor to plant a bomb, before fleeing the scene to watch the fireworks. In the original game, the bombing run concluded with a simple order — head back to AVALANCHE HQ and sit tight. You do, and the game continues.

Materia with a side of introspection

Expanding on this moment, the remake guides Cloud through the city’s crowded streets. People pour out of their homes to see what has happened. Reactor debris rains down on them, damaging buildings and injuring innocents. Some celebrate the attack on Shinra while others angrily denounce AVALANCHE’s actions. Everywhere you look, the impact of the bombing is clear and the walk back to HQ is a long one. Final Fantasy VII Remake did the last thing I expected it to do: it asked me to sit with what I’d done. It points to a willingness to reflect on the story as it has stood for 23 years, and how that story plays in the here-and-now.

Ash fell from the sky, buildings burned, people wept in the streets and tried to help the injured. Through it all, the Shinra troops hunted me, tried their best to bring me in. Nothing about what I’d accomplished with AVALANCHE felt remotely heroic. This a good mirror for Cloud’s worldview in the early game — a former member of the SOLDIER military organisation, Cloud is disaffected and sullen about the world and his place in it. His past deeds make him feel less human, and his role in AVALANCHE’s activities only returns those feelings to the fore.

The first thing most returning players will notice about the remake is that combat has received a substantial overhaul. No longer the turn-based shuffleboard of the original, Final Fantasy VII Remake moves toward the real-time combat established by Final Fantasy XV. It’s more grounded than that, there was none of the teleporting and zipping about, but the same fundamentals apply. You whittle down enemy health and look for weaknesses. Once identified, you punish those weaknesses to break their posture and deal extra damage. Limit Breaks are still the superpowered order of the day, and Summons still have a part to play in higher-level encounters (though neither vertical slice I spent time with had them available). You can jump between characters in your party as you like, ensuring the use of their most powerful abilities at the right moment.

This new combat is contained within the Easy and Normal difficulty levels, though the remake also offers a Classic difficulty. Classic sets the currently-controlled character to attack and defend automatically, taking some of the time pressure out of hunting through menus. The theory is that it allows you to have more tactical control over the fight without having to execute every single attack yourself. In terms of combat difficulty, Classic mode is (mathematically at least) on a par with Easy. If you want a stiffer challenge, you’ll need to move up to Normal mode. It seems a solid compromise for those who want the turn-based combat of the original back. Time will tell how the audience feels about it.

The look and feel of a memory

One of the greatest tricks Final Fantasy VII Remake has pulled off is in its visuals. Midgar by night has exactly the same look and feel as it did in the original game. The buildings, all lit from below by industrial floodlights, look exactly as they did in all the old magazine ads for the game from 1997. It speaks to the remarkable attention to detail at work here that the environments can feel so instantly familiar despite the cosmetic overhaul.

Character models are startlingly beautiful, riding the line between the more stylised designs of the original and the more realistic takes seen in Final Fantasy VII: Advent Children. It works — Cloud has the same rakish features as he did in 97, but his movements and expressions can much better convey his personality. Tifa in particular has undergone a much-needed makeover. Tifa was notorious in 1997 for her comically sexualised proportions. The Remake dials this way back, giving her the more realistic proportions of a very fit woman and slightly altering her outfit to match. Again, this change far more accurately conveys Tifa’s strident personality. She fights with her fists and her feet — her look and her apparel should reflect that.

I want to allay fears around what Final Fantasy VII Remake is and what it means for a game considered by many to be a personal favourite. Yes, it makes some changes. Yes, it’s still unclear exactly how much of the original game is available in this package or if the announcement of a split is still to come. And yes, it moves away from the turn-based tactics of the original in favour of something more modern. But it still feels like FF7. I was very happy with what I saw. I saw a game that feels like it’s working hard against the high expectations of an entire generation. One that wants to satisfy older fans while bringing new, younger ones into the fold. In this, I suspect it will be a rousing success. We’ll find out more when it launches in April.

The author was flown to Sydney by the publisher.