If my time spent playing countless racing games has taught me anything, it’s that they always have more to give. Whether it’s added modes, tighter controls, improved visuals and refined sound design, it seems as though there is always something to build towards. And much like the legends that have dominated the sport until now, F1 2020 dominates the genre, proving to be one of the most impressive and engaging iterations of the storied franchise to date.

There isn’t much I can throw at this experience in a bid to hamper it, simply because it offers up a ridiculous amount of variety, polish and consistency. Whether it’s the light tweaks to various mechanics, or overhauled game modes, fans will more than likely find something they can latch onto for the foreseeable future. 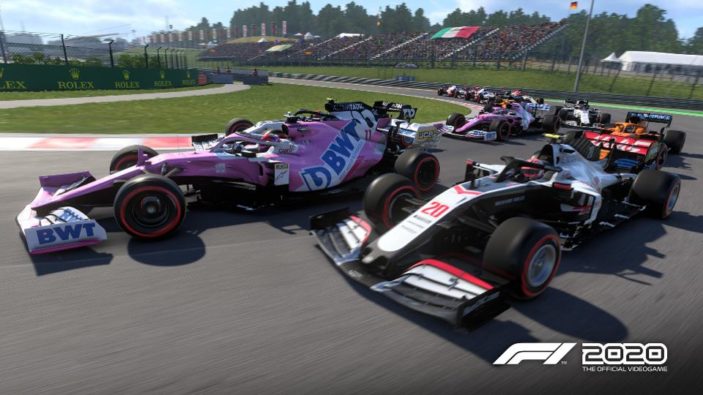 Your Team, Your Way

F1 2020 has brought back much of what made developer Codemasters’ legendary series great in the first place. From presentation, to gameplay, to general progression, you would be hard pressed to spot many of the differences from the surface. But dig a little deeper, and you’ll find one of the most diverse and well rounded additions to the franchise in years. The My Team mode stands apart as the crowning achievement of F1 2020. Standing alongside the recurring campaign mode, the My Team Mode allows players to create their own team from scratch, becoming what is otherwise the 11th team amongst all current official racing squads. Much like industry legends Bruce McLaren and fellow Aussie Sir Jack Brabham, you’ll also be your team’s main driver. This effectively gives players the most complete attempt at ticking all the boxes the sport has to offer, from tackling the media, to touching base with your R&D departments, to managing team mate training, to managing your team’s resources and overall success. It’s an initially daunting task, but falling into rhythm is easy thanks to some easy to navigate menus, and simple race structure. Players will upgrade their cars before each race, take part in both practice and qualifiers to lock in starting positions, while competing in each major Grand Prix in order to score points for your team. 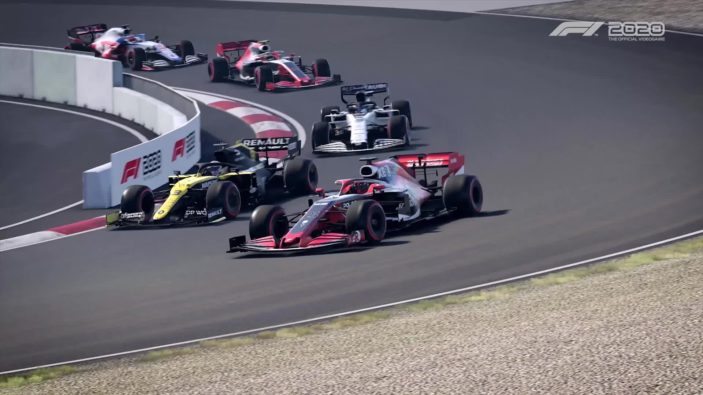 Strangely enough, racing itself feels like the smallest portion of this experience, given there is so much to juggle. While this may intimidate the more casual fans, fans of the sport like myself can relax knowing much of the micromanaging feels deep and rewarding. Whether it’s creating and managing the look of your team, from the logo, to the outfits and livery, customisation is key in setting yourself apart from the competition. Pair these aspects up with the more nitty-gritty decisions that you must make, including choosing a power unit, signing teammate drivers and improving your vehicle by consulting your various R&D departments, and you’ll find that the experience is as interesting off the track as it is on it. That being said, there are some nagging inconsistencies that never really let up. While the experience widens as your team develops, in terms of choices and customisation, much of the gameplay loop remains the same , relying on your motivation to improve the team through a disciplined routine, which usually yields positive results. Customisation is a huge part of the experience, but can feel narrow at times, particularly when it comes to creating your driver, and fleshing out vehicle and uniform colours. I wouldn’t go as far as top call any of it not bland, but more so underwhelming compared to the rest of the mode, which is ironically deep and rigorous. Make no mistake however, this is a fantastic mode, and remains the main reason you should pick up F1 2020. 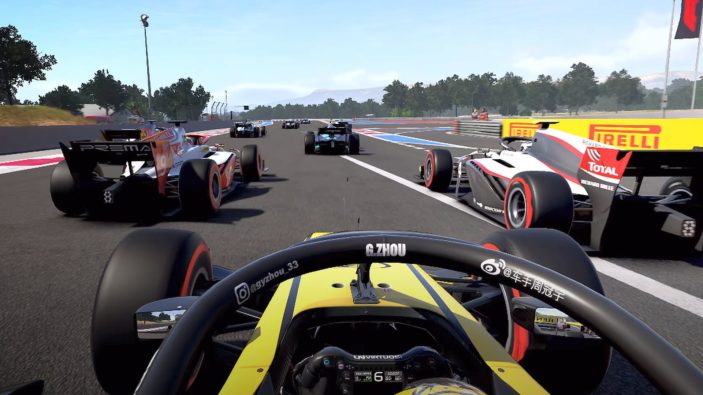 When it comes to the remaining modes, players will feel right at home with F1 2020. While players won’t find the light-hearted story elements in this year’s career mode, there’s still a solid foundation, built once again on choosing a team and racing your way up the ranks. Time Trial and Online modes and the inclusion of Formula 2 remain largely the same, with the Classic mode allowing players to choose from some iconic speed machines, including Michael Schumacher’s unstoppable Ferrari F1-2000. With plenty of ways tame the track, players would be happy to know that racing itself feels as good as it looks. Impressive visuals aside, many of the solid mechanics seen in previous titles carry across, with minor additions to give it a fresher feel. The “overtake” mechanic now feels more responsive, but has a harsher effect on your ERS (Energy Recovery Systems), which drains your overall power and responsiveness, encouraging minimal use for particular situations. DRS remains the same, but communication mechanics have been tweaked to allow for easier access for updates within races, complete with more diverse and specific prompts when communicating with your team. Classic cars also carry across this attention to detail, providing mechanics that feel slightly heavier around corners, but dangerously faster down straights, keeping in line with some of the real life adjustments the sport has made over the years.

Visually, F1 2020 is on par with its mechanics, dishing out some of the most lifelike representations of drivers to date. Podium cutscenes carry with them a sense of heart and character, as drivers laugh and cover each other in champagne after each race. Cars themselves are painstakingly detailed, with impressive lighting effects to boot. While each track is picture perfect in terms of scope and scale, surrounding assets such as trees and buildings once again lack detail, which never takes you out of the game mid race, but becomes more noticeable during the slower paced pre-race presentations. F1 2020 also utilises official promotional assets, which fooled me into thinking I had accidentally changed the channel on my TV, and caught a real race by accident. Ultimately, F1 2020 feels more like an evolution rather than a revolution in the looks department, but stands as one of the best looking iterations the franchise has ever seen. 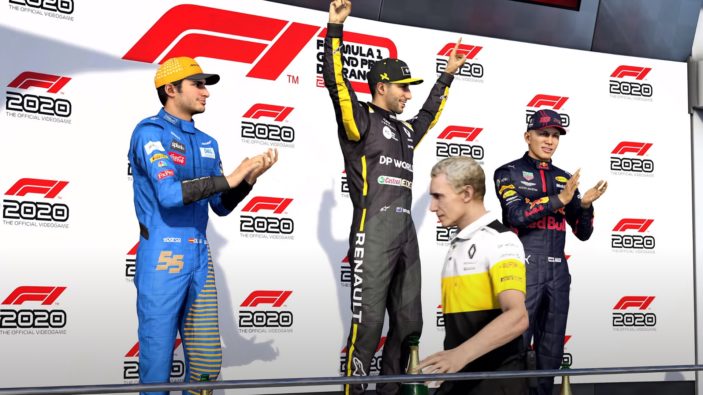 F1 2020 culminates in what can only be one of the best Formula 1 games ever created. Be it the impressive visuals and consistent mechanics, the experience has returned with brimming with confidence and hindsight. But it’s My Team mode which pushes the franchise forward in new and meaningful ways, adding a layer of depth to the series that I never knew I needed until now. While micromanaging may prove cumbersome or daunting to some, fans of the sport will love the unprecedented freedom and depth that this experience brings with it. Overall, F1 2020 recreates an intricate and varied racing experience that is sure to keep of fans of both the sport and franchise around for the foreseeable future.