F1 2019 is in many ways, still the best Formula 1 racing game on the planet. But in doing so, it slows down its revolutionary formula for an evolutionary approach. While it makes enough changes year-to-year for this to remain a stellar instalment, I can’t help but feel it already had perfected things a year ago, and developer Codemasters seems well and truly aware. F1 2019 manages to combine stellar visuals and controls with engaging and authentic modes in such a way that drew me in immediately, and will most likely have me invested for the long run. It once again markets itself to hardcore fans with its attention to detail, but attempts to remain accessible enough in its moment to moment gameplay that ensures casual fans won’t be totally confused. I myself am a huge racing fan, Formula 1 is a sport I admire greatly, but with the only major addition to the 2019 instalment being the introduction of Formula 2, I ultimately have a hard time justifying this to those causal fans who may have bought in last year.

Okay, let’s get a few things straight. Firstly, understand that much this review will rely on comparisons to F1 2018, which I adored and scored highly. Secondly, my warding casual fans away does not, in any way, mean that I think F1 2019 a bad game, nor substantively worse than last year’s instalment.

Fans will be glad to know that F1 2019 brings across much of the stellar visuals, controls and authenticity the series is known for. As per usual, each vehicle is rendered in painstaking detail, from the body and decals, all the way to the impressive lighting effects reflects off glossy paintwork, and the way the game models realistic damage. While the drivers’ character models and facial details are still admittedly undercooked, you don’t actaully see them all that often, and it never interrupts or diminishes the goal: going really, really fast. With weather effects now looking extremely impressive, I found that this time around, night races look incredibly lifelike, bringing out the best in those updated lighting effects. 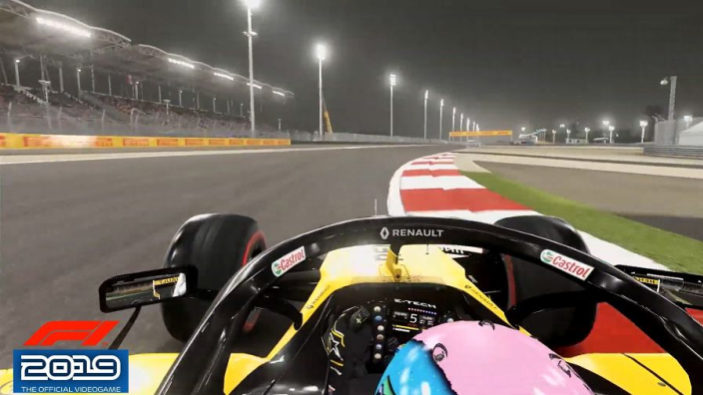 From a gameplay perspective, F1 2019 controls better than ever. Again, this is not a huge leap from last year but with improved physics and tweaked controls, as well as vehicles that feel weighty and responsive, driving remains a pure pleasure. In years past, it had always seemed like such a challenge to emulate the feeling of speed, but here, with subtle rumblings in suspension and realistic surfaces, being behind the wheel is as intimidating as it is fun. Drivers must tackle turns with a balance of courage and grace, the game rewarding tactical driving choices — just like the real thing. While I didn’t get the chance to try F1 2019 behind any simulator peripherals such as steering wheels and pedals, you’ll be glad to know the driving experience feels incredibly solid when played with a standard controller. Controls are confined to the triggers, and feel super responsive and intuitive, while turning feels sharp and balanced. It controls very much like it did in F1 2018, and that’s a good thing, but its another nuanced update casual fans might not pick up on. The inclusion of an updated HUD adds a further level of authenticity to the experience, feeling like a slightly busier version of a televised race. 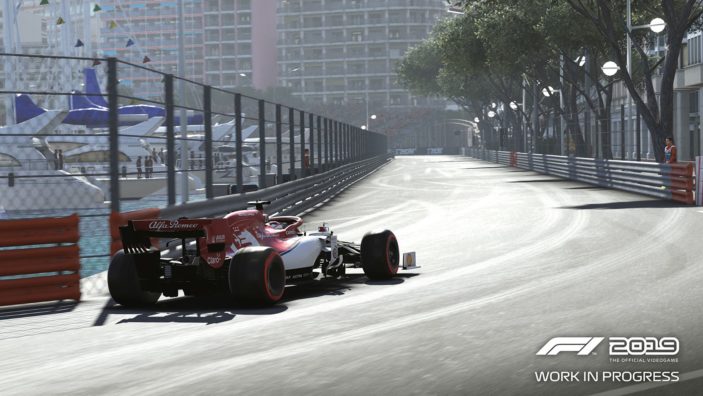 F1 2019 brings back most of the same modes from last year, as do custom and multiplayer races, with the only new multiplayer inclusion being leagues which allow players to create their own seasons online. Thankfully, the career mode has brought something new to the table — a storyline. Here the experience makes a bid to compete in the current market of career modes in sports titles, a light From Rags to Riches narrative. Similar to last year’s campaign, F1 2019 trims the fat by dropping press events and endorsement management in favour of bouncing you directly from race to race. With the introduction of Formula 2, players start a tier lower as they are pitted against Lukas Weber and Devon Butler, two fictional rivals, as you all compete to make it into the Formula 1. It’s a nice touch, and while these cutscenes are short and sweet, it’s nice to see Codemasters attempting to add some flavour to its career mode. However, once you make it to the big leagues, these cutscenes disappear, bringing back old school communication tactics from the previous games, through emails and alerts. Considering they made an attempt to add these cutscenes early on, it feels incredibly jarring when they go missing, especially when it feels like there’s more to tell. Formula 2 gives players an admittedly slower version of the Formula 1, but it’s not without its perks. While vehicles feel slower, pushing them too hard can actually send them flying off the track altogether, encouraging a steadier pace while you discover the limits of the vehicle. Even with this small learning curve, the slower pace is a great spot for beginners to latch onto before diving in deep.

The changes don’t end here however, as F1 2019 allows drivers to change teams throughout your career. It’s a nice touch as competitively, both drivers and teams can take the podium at any time. While it may not do much for realism, it’s a great way to shake up the competition as a look at what could have been. F1 2019 also gives you the option to add in fictional drivers, and once again, while not realistic, I would recommend it as some interesting rivalries can be formed along the way. When it comes to vehicle management, through single races and career progression, things are admittedly very similar. Players must manage tyres and tactics before each race, and can interact with the pit crew during the race, asking for updates and advice on the condition of your vehicle and when to pit. A.I. is still top notch, as several drivers to their best to mimic their real world counterparts. Outside of these small additions, there’s really not much I can say has changed in the past year. But yet again, that’s a good thing. 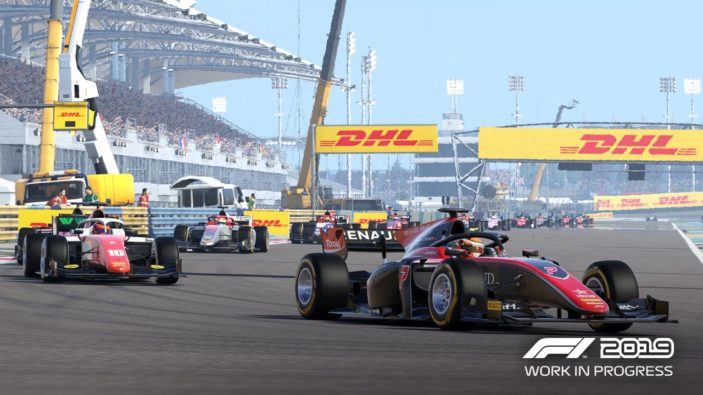 Overall, F1 2019 is a solid, if small, step in the right direction. While it provides one of the best racing experiences money can buy, there’s no mistake the hardcore fans will get the most value. Thankfully, the inclusion of Formula 2 provides casual players with a more forgiving experience, while the career mode adds some short lived narrative-based fun. Outside of these additions, racing remains as polished as ever, with the visuals not too far behind. While I have to admit the F1 series is becoming an evolution rather than a revolution, F1 2019 can be marked off as the best Formula 1 game to date.